New study finds that the longer hours you work, the greater your risk of serious heart problems 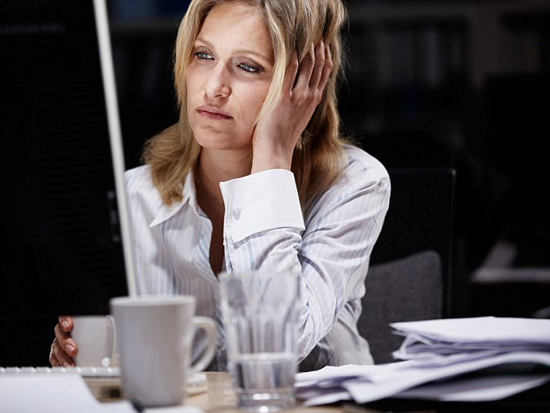 Working long hours isn’t just tiresome, it may actually shorten your lifespan. A recent study published in the European Heart Journal has put forth some shocking figures: working for more than 55 hours a week may raise your chances of developing a serious heart condition – such as atrial fibrillation or irregular, rapid heart rate that can lead to chronic fatigue, stroke, and heart failure – by up to 40 percent.

According to DailyMail.co.uk, the researchers followed 85,500 working men and women from the United Kingdom, Sweden, Finland, and Denmark. Between 1991 and 2004, an estimated 63 percent of the participants worked 35 to 40 hours a week, while 5.2 percent had a workweek that lasted 55 hours or more. None of the participants had been diagnosed with atrial fibrillation for over a decade.

During the course of the study, however, 1,061 people were diagnosed with atrial fibrillation. Moreover, 10 percent of them were diagnosed with heart disease when they were found to have atrial fibrillation.
It was then that they found that 12.4 out of every 1,000 people developed the condition when they worked a standard 35 to 40 hours a week. By contrast, the number swelled to 17.6 out of every 1,000 people when they worked for at least 55 hours.

“Those who worked long hours had a 1.4 times higher risk of developing atrial fibrillation, even after we had adjusted for factors that could affect the risk, such as age, sex, socio-economic status, obesity, leisure time and physical activity, smoking, and risky alcohol use” said study leader Mika Kivimaki. “Nine out of 10 of the atrial fibrillation cases occurred in people who were free of pre-existing or concurrent cardiovascular disease.”

Kivimaki and his colleagues are still unsure as to how exactly longer work hours contribute to increased risk of atrial fibrillation. One theory is that stress-related issues may be generating irregular heartbeats, as stress is a common factor of extensive working periods, as well as a trigger for this particular condition.

One other theory is the prevalence of atrial fibrillation risk factors among those who work longer, namely obesity, physical inactivity, alcohol use, and smoking.

Atrial fibrillation occurs when the heart’s electrical system sends out disorganized signals that cause the heart’s two upper chambers to squeeze very quickly and out of sync. Blood is then unable to flow properly into the heart’s lower chambers because of the erratic contractions. These conditions significantly can lead to the formation of blood clots.

“A 40 percent increased extra risk is an important hazard for people who already have a high overall risk of cardiovascular disease due to other risk factors such as older age, male sex, diabetes, high blood pressure, high cholesterol, [obesity], smoking and physical inactivity, or living with an established cardiovascular disease” Kivimaki warned before adding: “For a healthy, young person, with few if any of these risk factors, the absolute increased risk of atrial fibrillation associated with long working hours is small.”

Though compelling, unaffiliated persons noted that their study had several limitations, chief among these is the fact that the study was not designed to prove that longer work hours cause atrial fibrillation.

Speaking to Reuters.com, Dr. Lucas Boersma of St. Antonius Hospital in Nieuwegein in the Netherlands remarked: “It is probably not the direct effect of working longer hours that causes atrial fibrillation to develop. Most likely it is in the balance of amount of work load and how much work load each individual is able to endure over the long term.

The type of work is also of great importance: stress level, physical labor, education and being equipped for the task at hand, working changing shifts, traveling through different time zones continuously, etc. All of these may demand more than individual systems can take.”

These Powerful Art Illustrations Show How Backwards Society Really Is