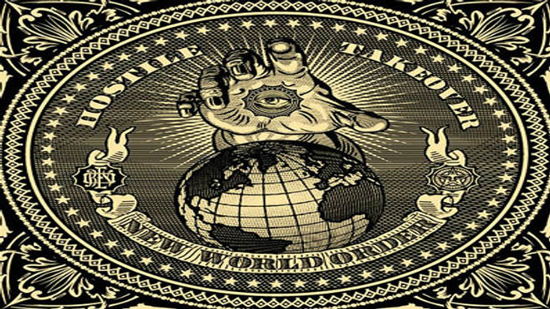 The New World Order’s most enduring legacy is contempt for morality and what Immanuel Kant calls practical reason in the comprehensible universe, which was created by what Aristotle calls the Unmoved Mover.
Using reason alone, Aristotle deduced that this Unmoved Mover – “something that moves without being moved” – is the “first principle” of natural philosophy and “the maker and father of all”. Without this Unmoved Mover, Aristotle continued, the physical world could not exist.

It must be emphasized that Aristotle was not a relativist. He did believe in objective morality, which is part of the essence of all things reasonable. So from the first principle of philosophy, which Aristotle calls metaphysics, we can deduce that morality, which binds us all together as human beings, is not relative but objective. In a nutshell, this is the essence of the West.

Darwin, as we have argued elsewhere, challenged the metaphysical principle upon which the West was based when he proposed a number of theories which turned out to be counterproductive. Darwin’s intellectual children have been toe-dancing around this moral puzzle for more than a century, and no Darwinist has ever been able to flesh out a coherent moral philosophy.
Darwin, as E. Michael Jones points out, set the stage for the Anglo-American empire. Both Julian Huxley and H. B. D. Kittlewell agreed that Darwin’s theory “led to the glorification of free enterprise, laissez-faire economics and war, to an unscientific eugenics and racism…”

Like Frankenstein, the Anglo-American empire, which is sprinkled with both Darwinian and Zionist ideology, is now devouring its creators, who dropped morality in the political realm and embraced “survival of the fittest”, which G. K. Chesterton called “survival of the nastiest”.

Andrew Carnegie is a classic example of this. Carnegie declared in his autobiography that when he gave up on morality, “I came fortunately upon Darwin’s and Spencer’s works… I remember that light came as in a flood and all was clear”.

David Rockefeller, grandchild of John D. Rockefeller, told us in his Memoirs:
“Some even believe we are part of a secret cabal working against the best interests of the United States, characterizing my family and me as ‘internationalists’ and of conspiring with others around the world to build a more integrated global political and economic structure – one world, if you will. If that’s the charge, I stand guilty and I am proud of it.”

Nothing works in the political universe without morality or practical reason. Vladimir Putin obviously realizes this. He declared last October (2017): “No matter what we’re doing, we must never forget about the moral and ethical basis of our business.”

In fact, the New World Order prefers destruction, violence, the demolition of countless homes, the annihilation of nations, families, and even livelihood. We have already seen numerous examples of this in the past two decades, particularly in the Middle East where New World Order agents decimated countries like Iraq, Afghanistan, and Libya. 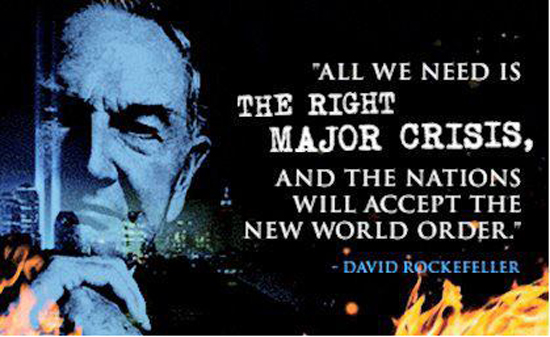 We are told that the once thriving and ancient city of Mosul, Iraq, is now “a pile of rubble”. Iraq in general also “lies in ruin”. New World Order agents are largely responsible for this. They wanted to do the same thing in North Korea. Historian Bruce Cumings of the University of Chicago wrote back in 2003: “I was in Seoul when Koizumi’s summit was announced, a day or two after John Bolton (the so-called ‘Under-Secretary of State for Arms Control’ in an Administration that has wrecked arms control) arrived to denounce Kim Jong Il personally and his regime more generally as evil, a menace to peace, the greatest security threat in the region etc.

He did this again in the summer of 2003, as six-party talks on the North Korean problem were about to be held in Beijing. A brutal tyrant had North Korea in the grip of ‘a hellish nightmare’, he said, causing Armitage publicly to distance himself from Bolton’s rhetoric.

When a reporter from the Times asked Bolton what the Bush policy was towards the North, ‘he strode over to a bookshelf, pulled off a volume and slapped it on the table. It was called The End of North Korea, and was by an American Enterprise Institute colleague. ‘That’, he said, ‘is our policy’.”

The logic is pretty clear now: New World Order agents want to end any country they do not like. They do not care whether their diabolical moves will cost too much or whether their covert plans will destroy too many lives. Nothing is too great a risk for them. The essence of their satanic ideology is to kill, steal, and destroy.

George W. Bush was part of that grand scheme. Cumings continued: “From the beginning of his term, Bush has denounced Kim Jong Il as an untrustworthy madman, a ‘pygmy’, an ‘evildoer’. In a discussion with Bob Woodward, he blurted out, ‘I loathe Kim Jong Il’, shouting and ‘waving his finger in the air’. He also declared his preference for ‘toppling’ the North Korean regime.”

Now get this: “Bush just won’t enter into serious talks with Pyongyang. ‘The reason we don’t have a policy on this, and we aren’t negotiating’, he suggested, ‘is the President [at the time – Bush] himself. I think he has come to the conclusion that Kim Jong Il is evil and loathsome and it is immoral to negotiate with him’.”

New World Order agents do not like dialogues or serious talks. They believe in bombing countries, creating conflicts, and destabilizing peaceful resolutions. As Bolton (current National Security Advisor of the United States) put it in the New York Times, “To stop Iran’s bomb, bomb Iran”. But Iran was not the only country that Bolton wanted to vaporize. North Korea was on his list as well. As he put it in a piece in the New York Post: “When you see a rattlesnake poised to strike, you do not wait until he has struck before you crush him”.

For Bolton, virtually any country he does not like is a rattlesnake. And both North Korea and Iran are the new rattlesnakes on the block. They need to be deracinated in order to prevent catastrophic disasters on American soil.
Bolton’s role in this grand scheme was to perpetuate lies and deceptions and convince politicians that Iran needed to be eradicated through fabrications. “Something has to be done with rattlesnakes around the world, and we are running out of options”, concluded Bolton. “The remaining diplomatic options are few, and the time to exercise them dwindling fast”, he said.

Obviously the Neoconservatives love people like Bolton. In fact, the Neocons were more than happy when it was announced that Bolton joined the war machine in the White House. Trump declared that Bolton is “a tough cookie [who] knows what he’s talking about”.
But Trump never told us that Bolton was and still is a warmonger, an ethnic cleanser, and Neocon puppet. The Israelis, of course, were more than happy to embrace Bolton’s new position because it suits their diabolical plan. As Max Blumenthal rightly points out, “Bolton Losers” are: “Iran, Assad, Hezbollah, North Korea, South Korea, Palestinians, Americans, international stability”. His winners obviously include Israel and Saudi Arabia.

If international law is taking seriously, then Israel’s continued destructions of Palestinian homes and families are over. That is another reason why Israeli officials have incessantly used the United States to do their dirty work.

David and Goliath 2018: How One Man Accelerated the Collapse of the British American Empire (2)