No vaccine needed: Many children have become resistant to the effects of HIV through natural immunity 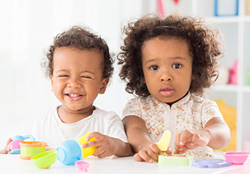 A strange new phenomenon is taking place in South Africa, where a group of children has somehow developed resistance to the progression of HIV into full-blown AIDS. According to reports, this rare bunch of youngsters will never develop AIDS, even without the usual antiretroviral treatments for HIV, and scientists aren’t entirely sure why this is the case.

Despite harboring high amounts of HIV within their blood, these children all show a clean bill of health when tested, perplexed doctors say. Known as HIV non-progressors, it wouldn’t even be apparent that these children have HIV in the first place, were it not for the fact that their mothers, who were known to have the virus while pregnant, are routinely tested by authorities.

According to reports, these 170 identified children, all of whom are currently 5 years of age or older, have been undergoing routine testing for HIV progression for a while now. It was during this routine testing that it was discovered that they aren’t progressing with HIV at all, and are basically just as healthy as any other children, despite their diagnosis.

“These kids are usually identified incidentally”, says Philip Goulder, a professor of immunology at the University of Oxford. Goulder has been intently studying the phenomenon, which he outlines in a new study published in the journal Science Translational Medicine. “The critical factor was that they had very low levels of immune activation. We saw a failure of HIV to activate the immune system.”

Contrary to what might seem to be the case, HIV non-progressors whose immune systems aren’t efficiently and normally responding to the virus actually have the upper hand in staying healthy and avoiding AIDS. A strong immune response would mean that their bodies would be self-attacking, which leads to the wasting away and other symptoms commonly associated with the disease. 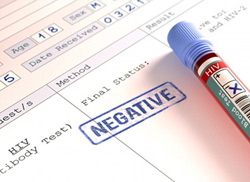 The HIV virus is known to thrive by infecting and destroying immune cells, and it does this by injecting genetic material directly into these cells in order to break down the entire system. Eventually, the immune system is destroyed and AIDS develops, at which time it becomes very difficult for an infected individual to stay healthy.

After looking into the matter further, Goulder learned that there are two factors involved that protect these HIV non-progressors: reduced immune activation and less infection of CD4 T-cells, which are typically infected and destroyed by the HIV virus. These so-called “long-lived” cells are known to continually replenish themselves, and when they aren’t being destroyed by HIV, they remain strong and powerful.

“It’s difficult for the virus to get into (them), so they remain relatively unscathed”, Goulder explains as to the process.

HIV non-progressors represent only about 5-10 percent of children infected with HIV, and they are obviously in a much better position health-wise than others who are infected with the virus. And while some adults who contract HIV are naturally immune to AIDS, this percentage is even lower – around 0.3 percent – so the focus now will be on figuring out a way to help convert T-cell function in HIV progressors to that of non-progressors.

The only prediction that really matters for 2017: The global debt collapse begins, followed by the rise of fascist, totalitarian government