NSA World’s Most Dangerous Cyber Threat, Not Russia and China

The establishment media routinely blames Russia and China for hack attacks and malware distribution. The latest propaganda effort in 2016 claimed Russia was responsible for the Democratic National Committee hack and that Vladimir Putin influenced the election. 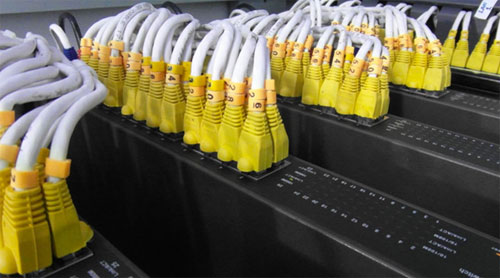 On the other hand, in August 2016 whistleblower Edward Snowden released a document revealing an arsenal of cyber weapons used by the NSA. On August 15, 2016, the hacker group Shadow Brokers announced they are holding an auction of cyber weapons created by the agency. The shadowy group “dropped 300MB of stolen data onto the open Web, including live exploits for some of the Web’s most crucial network infrastructure, apparently stolen from the NSA in 2013” according to The Verge.

Sam Biddle, writing for The Intercept, breaks it down.

According to TechCrunch “expert analysis of the data suggested that the NSA and the Equation Group are one and the same.”

The Equation Group is a group of hackers discovered by Kaspersky Labs and characterized as one of the most sophisticated cyber attack outfits in the world. Ars Technica described the operation as “the most advanced… we have seen… with technical skill and resources that rival the groups that developed Stuxnet and the Flame espionage malware.”

Flame espionage malware and the Stuxnet virus infected computers in Iran. Flame “achieved mathematic breakthroughs that could only have been accomplished by world-class cryptographers” note two of the world’s foremost cryptography experts. Stuxnet is a jointly built American-Israeli cyber weapon.

Kaspersky researchers have documented 500 infections by Equation Group in at least 42 countries, with Iran, Russia, Pakistan, Afghanistan, India, Syria, and Mali topping the list. Because of a self-destruct mechanism built into the malware, the researchers suspect that this is just a tiny percentage of the total; the actual number of victims likely reaches into the tens of thousands.

Snowden suggests the raid on the NSA’s servers is political: 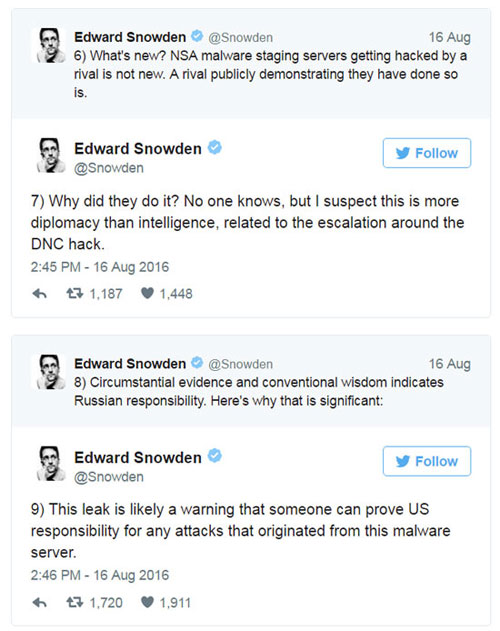 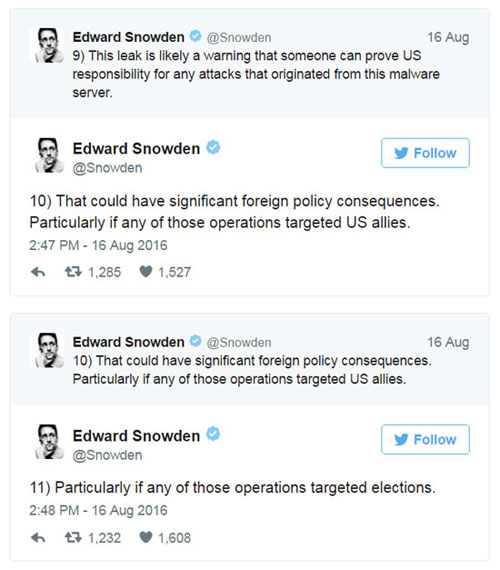 Now the United States is more sophisticated. It utilizes foundations to do its dirty work influencing elections and overthrowing governments. The foundations include the National Endowment for Democracy (NED), International Republican Institute (IRI), National Democratic Institute (NDI), and Freedom House – all supported to various degrees by the US Agency for International Development (USAID) at the State Department.

“Protests and destabilization actions are always planned around an electoral campaign and process, to raise tensions and questions of potential fraud, and to discredit the elections in the case of a loss for the opposition, which is generally the case. The same agencies are always present, funding, training and advising” writes Eva Golinger.

The “Arab Spring” color revolution launched in Syria resulted in a “civil war” (more precisely a US and Gulf Emirate sponsored proxy war) that has thus far resulted in nearly 500,000 deaths.

The latest example is Ukraine where the State Department worked with the Euromaidan movement to overthrow the democratically elected government of Viktor Yanukovych. The US has used the ongoing political and military tensions in that country to put pressure on Russia and heighten the possibility of a catastrophic conflict between the two nations.