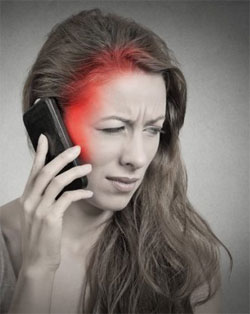 The plethora of “smart” devices on the market today is making life more convenient and communications more streamlined. But some of the latest research hitting the science journals suggests that these everyday consumer products – everything from ordinary microwave ovens and smartphones to advanced Wi-Fi routers and radioactive “smart” meters – are systematically destroying human health.

Migraine headaches, chronic fatigue, depression, anxiety, and among the many common maladies that are being increasingly linked to these technologies, which bombard the body with radioactive frequencies recognized for upsetting the body’s biological rhythm. Some studies show that electromagnetic frequencies (EMFs) can depolarize the membranes that protect nerve and muscle tissue, damaging cells and facilitating the extended life-cycle of oxidizing free radicals.

A fairly recent study published in the journal Electronic Physician breaks it all down, explaining how EMFs massively disrupt human physiological balance in multiple ways. Both thermal and non-thermal EMFs are harmful, it notes, adding that EMFs in general are known to directly alter the behavior of cells and tissues, in effect damaging the cardiovascular system, bone marrow, DNA, blood, reproductive function, and more.

The endocrine system, which manufactures hormones, is also disrupted by constant exposure to EMFs, as are vital organs which end up operating at less-than-optimal levels when bombarded by these radioactive waves. EMFs are both cytotoxic and genotoxic, the sum of this research shows, and nearly every system of the body is damaged by their presence – that’s how serious the situation is, and many people aren’t even aware of it.

“Human exposure to EMFs comes from many sources, and situations are different in people’s everyday lives”, the paper explains. “There are many factors that influence the degree to which people may be affected by EMFs… If the body’s biological system is exposed to EMFs, which produce electric currents and fields, which, in fact, deal with the current and voltage, the normal physiological balance is upset.” 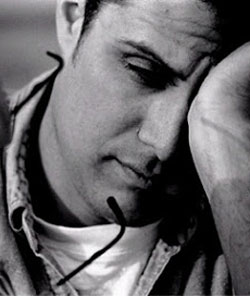 Interestingly enough, it’s been secretly known by the U.S. government for many decades that EMFs are immensely harmful. But this information has been deliberately kept under wraps and out of the limelight in order to keep these technologies available to those entities that use them for malevolent purposes.

Catherine Frompovich, writing for Natural Blaze, highlights how microwave technology continues to move forward despite its not-so-safe track record because it’s a “dream warfare” technology that the U.S. government and other entities use for covert purposes. In other words, despite their known dangers, EMFs are intentionally allowed at unsafe levels to accommodate the agenda of those who profit from its use – or worse, those who use it as a biological weapon.

“If the more advanced nations of the West are strict in the enforcement of stringent exposure standards, there could be unfavorable effects on industrial output and military function” an unclassified U.S. Army document entitled Biological Effects of Electromagnetic Radiation (Radiowaves and Microwaves) – Eurasian Communist Countries explains.

“The Eurasian Communist countries could, on the other hand, give lip service to strict standards, but allow their military to operate without restriction and thereby gain the advantage in electronic warfare techniques and the development of antipersonnel applications.”

If you take this all at face value, governments are essentially lying to the public about the dangers of EMFs and pretending as though EMF-emitting technologies are safer than they really are in order to keep them in use for covert military or other purposes. This amounts to blatant exploitation of the public’s trust in our regulatory system, and a dastardly betrayal of the world’s most vulnerable.

NSA World’s Most Dangerous Cyber Threat, Not Russia and China