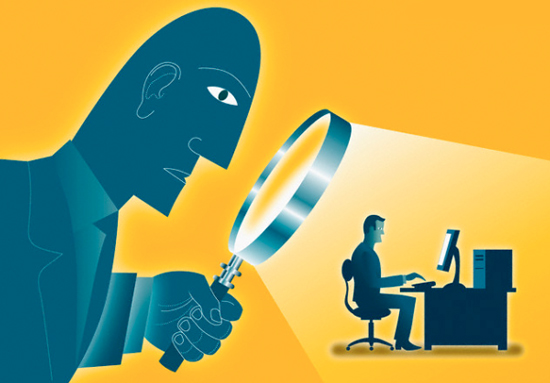 Total surveillance and censorship in Britain arrived in 2017. If you care to look at the communications Acts over the last decade and Bills currently proposed, we have now just about reached a time when the government and its agencies can surveil every aspect of your life in 360 degree vision by effectively deleting online privacy. There is nothing they can’t look at, device they can’t break into or information they can’t take. The USA and Britain together have constructed an architecture of what could now be called “intimidation surveillance”.

This term is being used because increasingly, as citizens are becoming more aware of what capabilities the government and its agencies have in terms of surveillance, behavioral changes are already taking place. Ordinary people going about their ordinary business are now self-censoring as a direct result of the conduct of the government, even if the EU’s highest court declaring UK surveillance powers illegal.

What laws are left to protect us against such massive intrusions are worked-around by using systems in a different country where no such specific laws exist. This is especially true of Britain and America, where Britain captures information of US citizens for the NSA deemed illegal in the USA and vice-versa.
So it should come as no surprise when we hear of another trick up the sleeve of the surveillance state.

From International Business Times: “Changes to a little-discussed rule got into effect and expanded the United States government’s surveillance capabilities after several attempts to halt the rule change failed. The changes in question to Rule 41 of the Federal Rules of Criminal Procedure grant judges the ability to issue warrants that allow for remote access, search, seizure, or copying of data when the location of said data has ‘been concealed through technological means’ or when the information is located on protected devices and have been ‘damaged without authorization and are located in five or more districts’.”

Nathan White, the senior legislative manager at Access Now told IBTimes: “Changes to Rule 41 were sought to make it easier for law enforcement to conduct hacking operations. However, Congress has never explicitly authorized government hacking at all. In fact, in many cases hacking is inconsistent with human rights and the United States’ international treaty obligations.”
What IBTimes did not report was that, quite unbelievably, Rule 41 grants this version of surveillance across global jurisdictions.

The NSA, FBI or police can now break into any device, including all domestic devices connected to the internet, anywhere in the world, irrespective of the laws that exist in that country. It also gives them the ability to break into privacy tools like Virtual Private Networks (VPNs) or the Tor browser for instance, that can conceal a user’s location and online activities.

Access Now makes a really important point: “Under this assertion, sources to reporters do not have a right to hide their identity: the FBI just invalidated most principles behind freedoms of the press. The Electronic Frontier Foundation points out numerous other reasons why we want to protect people hiding their identity – such as domestic abuse victims seeking online legal services. Further, everybody has a right to hide their location for any reason or no reason at any time (with a few exceptions like felons serving sentences with electronic shackles). In short, seeing this activity as suspicious is blatantly outrageous.

Carrying an electronic ankle shackle is considered equivalent to serving a prison sentence. So when the FBI says out straight that nobody has a right to hide their location, what they’re saying is that they want to reduce everybody’s freedom to the equivalent of being in prison. That’s a remarkable statement no matter how you twist it.” 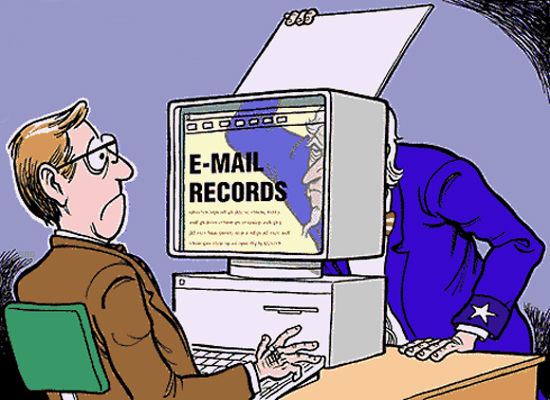 So, by the nature of using a VPN or Tor browser to keep yourself private, or even turning off device location data, the USA now considers that anyone using encryption, or trying to hide their location or identity in some way can now be presumed to be engaged in crime.
You can now presume the same attitude is being taken in the UK where its government is now bordering on the paranoid by implementing unprecedented surveillance laws. Jim Killock, the executive director of Open Rights Group, recently said: “The UK now has a surveillance law that is more suited to a dictatorship than a democracy.” In addition, the UN declared: “The UK has weakest oversight of surveillance in the western world.”

It is known that Britain and America are now acting as one surveillance system. The American NSA and British GCHQ (Government Communications Headquarters) are virtually joined at the hip. GCHQ shares nearly all the data it collects, and relies on US technology for its key operations and that GCHQ was virtually a branch office of the NSA with parliament unable to hold it to account.

What this Act does in America is grant the type of powers that changes public perception of the NSA from that of law enforcement and protection of citizens to that of global adversary for us all. There is no reason to suggest that GCHQ won’t simply use such techniques whether legal or not, as the rule of law is no barrier to their activities. These are sweeping sacrifices being made to our own security and privacy, not least the damage they do to our equipment by using malware that leaves behind broad security gaps once installed (without your knowledge or permission).

It won’t be long before the general public start to become angry. By then, it will be too late. How are you going to protest? The government, the police or security services will know exactly who you are and what you intend on doing. Connect to your VPN, subscribe to one of the growing army of privacy advocate or protest groups and bingo – you’re on a watch-list. There are more than one million on watch-lists in the USA, we don’t know if the UK has one. Or do we?

According to Vice.com, such a database really does exist, based in London and being used by over 300 government and intelligence agencies, 49 of the 50 biggest banks, and 9 of the top 10 global law firms. It contains the details of 93,000 individuals suspected of having ties to terrorism but has 2.2 million names on just the one disk that was leaked. This was reportedly a fraction of the total database that is owned and managed by private company, news agency Thompson Reuters. This database has been in existence for 17 years.
Apparently, the file was leaked to an online security expert who said: “innocent people that have been put on this list deserve to know that they are on it, the data is apparently all aggregated from public sources and the database is already accessible to anyone that is willing to pay Thomson Reuters for it.”

All this proves is that your privacy is now a relic of the past with British ans US governments now acting like the enemy within. They consider every citizen a criminal in waiting. And now we are having to consider the laws in different jurisdictions, irrespective of your rights or protections in your home country. Without becoming paranoid ourselves, it is safe to say we are seeing the emergence of a so-called new world order – online version.