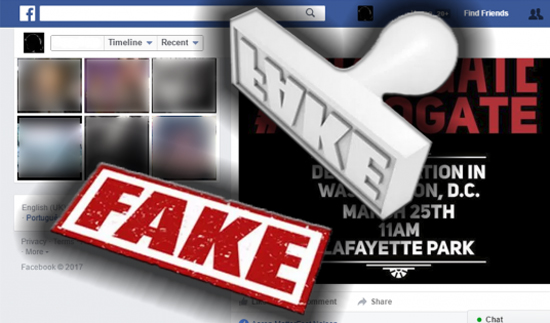 It seems that all ideas suspected of being “populist” – or simply those ideas without the “blessing” of the elites – will now be banned in Germany. This restriction applies to criticism of the government (especially regarding immigration and energy policies), of the EU, of Islam, of government officials and of the media.

As in communist dictatorships, the more obvious the failings of the government, the more aggressively the establishment attacks those who speak out about them.

Large companies such as Deutsche Telekom (T-Mobile), BMW, Mercedes-Benz and the supermarket chain REWE obeyed straightaway and promised to place Breitbart on the blacklist immediately, and never to advertise there again.

A plucky little pizza delivery service responded to the blacklisting demand by declaring that it was “not the morality police”. The company was denounced by Der Spiegel as “inept”, and after “protests from customers”, it ended up capitulating, as the newspaper reported with much satisfaction.

The elites and intellectuals are apparently now counted among the German minorities in need of protection.

Toward the end of 2016, Germany experienced a previously unheard-of boycott campaign – funded by the German government, no less – against several websites, such as the popular Axis of Good (Achse des Guten). The website, critical of the government, was suddenly accused of “right-wing populism”.

The German government’s efforts at thought control seem to have begun with the victory of Donald J. Trump in the US presidential election – that seems to set the “establishment” off. Germany’s foreign minister back then, currently its federal president, Frank-Walter Steinmeier – one of the first to travel to Iran after the removal of sanctions there to kowtow to the Ayatollahs – called Trump a “hate preacher”.

For hard-core Trump-haters, however, a witch hunt by itself is insufficient; they want activism! Since November 2016, Germany’s left-wing parties have had a strong increase in membership, as reported by Der Spiegel. At the same time, the federal government evidently decided, at least regarding the federal elections taking place in 2017, that it would no longer count on journalists’ self-censorship. The German government, instead of merely hoping that newspapers would voluntarily – or under pressure from the Press Council – refrain from criticizing the government’s immigration policies, decided that it, itself, would inaugurate censorship.

The Federal Government’s “Ministry of Truth”

To this effect, as reported by Der Spiegel, the Federal Interior Ministry intends to set up a Defense Center against Disinformation (Abwehrzentrum gegen Desinformation) in the fight against “fake news on social networks”.
“Abwehr” – the name of Nazi Germany’s military intelligence agency – is apparently meant to demonstrate the government’s seriousness regarding the matter.

“It sounds like the Ministry of Truth, Minitrue, from George Orwell’s dystopian novel 1984”, wrote even the left-leaning daily, Frankfurter Rundschau.
Frank Überall, national head of the German Association of Journalists (DJV), bluntly stated: “This smells like censorship”.

The Federal Agency for Political Education – the information agency of the Interior Ministry – is quite open about it: “Anti-elitism”, “anti-intellectualism”, “anti-politics” and “hostility toward institutions” are the “key characteristics of populism”. 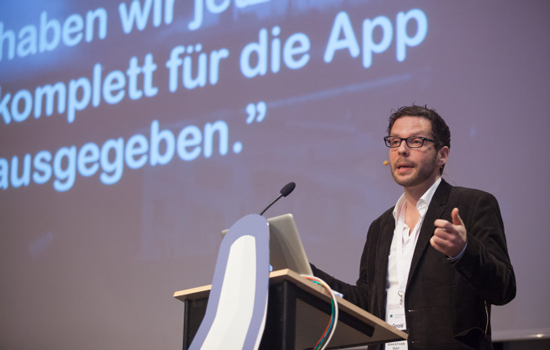 Toward the end of 2016, one of the biggest German media scandals in recent memory erupted when Gerald Hensel, undoubtedly a member of Germany’s elite, tried to introduce a new form of internet censorship with the help of a team of media agencies and political players. Until recently, Hensel was Director of Strategy at Scholz & Friends, one of Germany’s big advertising agencies. The firm counts among its clients multinational corporations such as General Motors, the German federal government and the European Commission; so one might say the company is close to the state.

Apparently in anger over Trump’s election victory, Hensel demanded: “Let us freeze the cash flow of the right-wing extremist media!” He had previously written a strategy brief declaring debate to be useless; instead, the political enemy – the “populists” – needed to be fought, even with questionable methods:

“The liberal center must, especially in these new digital and information-based wars, take off the kid gloves. We have to turn the tables and learn about populism, particularly on the Internet… Thus, we have to respond in a more wide-spread digital manner and with explicitly less sympathy to those people who want to force their own future on us – and do this long before the next federal election… Political storytelling, targeting the political enemy, influencers, forums, rumors…”

“Measures” he added, have to be taken against the “new right” – measures that “are ‘Below the Line’ and also digital. We need ‘good’ troll factories in our fight against Frauke Petry, Beatrix von Storch, Geert Wilders, Marine Le Pen and the fat stupid white men behind them. Ideally, as quickly as possible. They will continue to dismantle the EU and thus our future and that of our children.”

Towards the end of November 2016, Hensel appealed to his colleagues in various advertising agencies, under the banner of “no money for the right”, to boycott all those who fit the description of his bogeyman – because they were “hostile towards the EU” or because they might even harbor sympathies for Donald Trump. He was jumping on a bandwagon. A witch hunt was already under way against the American website Breitbart, due to the closeness of its former executive chair, Steve Bannon, to Donald Trump. Without providing any kind of proof, countless German newspapers and broadcasters claimed that Breitbart was “racist”, “sexist”, “xenophobic”, “anti-Semitic”, “Islamophobic”, and a “hate site”. The state-owned German television station ARD described Breitbart as an “ultra right-wing” platform for “white supremacy”. Other journalists followed suit.

Those Not Reading Newspapers are Suspect

Hensel went one step farther. In the style of a prosecutor during the Inquisition, he called to break the “dominance of right-wing micro media”. He seems to consider particularly dangerous and subversive, anyone who reads articles that do not originate from one of Germany’s media empires: “While I may satisfy my thirst for information with my subscriptions to ZEIT or Le Mode Diplomatique, the brave new-right freedom-fighter likes to stay informed via online media such as the Axis of Good or Breitbart News.”

This alone raises several suspicions. Hensel, whose website (which since December 2016 can only be accessed with a password) is graced by the display of a Soviet red star, likes to eliminate his opponents swiftly. Breitbart, for example, is deemed fascist (“salon-fascists”). Why? Because the blog – and here he, supposedly for simplicity’s sake, quotes an article from the Süddeutsche Zeitung – “covers all the topics of German right-wing populism”; Breitbart reports about “the migrant and refugee policies of the German federal government, as well as of supposed criminal acts conducted by migrants and Islamic activities”.