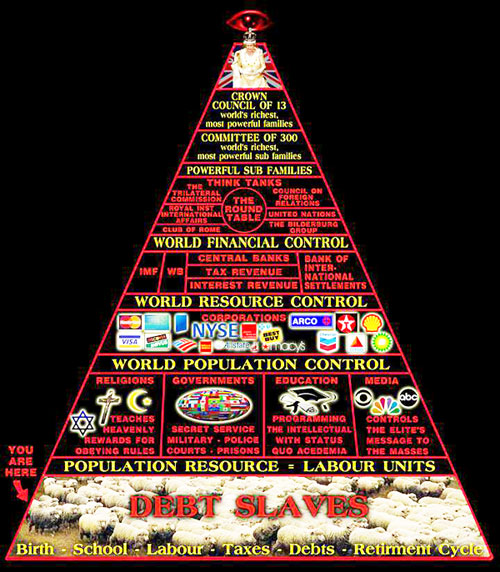 People are waking up in droves, but the majority continue to be played by the ruling elite’s control system, unaware that almost every subject under the sun is rigged. In effect we are confined to living in a false or limiting paradigm. Against the insurmountable odds, will there ever be a new paradigm experience? Having seen through the grand deception, will the awakened ever change the control system? Can we somehow go on to cultivate new theories and practices for a humane new paradigm experience, one that will create a world that truly makes a difference for everyone?

Before answering, here are just some of the ways in which the majority people in their ignorance are played by the ruling elite’s control system in the current false or limiting paradigm:

Corporate/Banker sponsored pseudo-science has had a grip on humanity for quite some time, headed by highly dogmatic fake top scientists. Try telling some followers in the church of scientism that these so-called top experts are fake and wrong; they may look at you as if you have three heads, no matter how knowledgeable you are or good at communicating the real science.

It’s worth wondering: Why were we taught very little, if anything, about Nikola Tesla in school..?

Indeed, the awakened know that regardless of who’s in power all the major political party leaders are only puppets to the ruling elite puppet masters. Thus, the ruling elite make all the major political decisions regardless of who’s in power, making the parties and their leaders irrelevant. The masses are distracted from waking up to the realization of this. For instance, one of the latest tricks used to con the masses into giving their support has been to make the leader of a political party look like an outsider who will not walk the dictated political white line.

Sadly, the majority are still falling for the fake wars narratives with their related psyops; false flags or divide and rule tactics, pushed on us for the ulterior motives of power, profit and political gains. The warmongers, aided and abetted by the mainstream media (real fake news) threaten the existence of not only every man, woman and child, but all life forms on this planet if nuclear war breaks out.

4. Played by the beneficial deception

As part of the deception, to get approval, the ruling elite present their agendas as beneficial when, in fact, they are actually harmful or enslaving to the masses. The greater the difference between something that is perceived by the masses as beneficial compared to the opposite of what it really is, the easier the elite can advance their agendas. Agenda 2030 (which is Agenda 21 on speed), is a classic example.

One of the tricks used to cover-up information and allow hidden crooked agendas to continue is to put the masses into a state of confusion or neutrality.
For example, through Big Pharma shills with their disinformation and/or the cover-up of scientific evidence in the elite’s owned and controlled mainstream media, the masses have been duped into confusion, not knowing what to do regarding choices on life-saving alternative health practices…

6. Played into being comfortably numb

Are you comfortably numb, or a truth-seeking activist?
Ruled and divided, willfully ignorant and apathetic to the woes of the world, some people love their comfort zone so much they will do all they can to remain there. To avoid confrontation, they go into agreement with the general consensus of the masses while blindly accepting the rule of authority without ever questioning.

Labelled as Stockholm syndrome, some people even love their servitude under the rule of authority. Such individuals affected grovel away their lives in victimhood without ever realizing they’ve been ensnared in a web of deceit, while their cognitive dissonance and denial plays a major part in maintaining the status quo…
Many folks have been played into mindless habituation. For example, many spend endless hours languishing away, watching the TV (moron box) brainwashed by mainstream media broadcasts…

Indeed the list goes on where so many are played by the ruling elite’s control system.

A major response to the imprisoning control system is to disconnect. Here are just a few examples:

Disconnect from giving your support to those power-drunk, dishonest, egomaniacal puppet politicians. All Western World government is a myth because it has been designed to give the illusion of choice or change. It’s the puppet masters we really need to get at not so much the puppeteered politicians. We need to expose their inhumane criminal activities to the world…

Disconnect from the increasingly health-threatening wireless technology and the internet of things. Stop using smart technology (which is actually dumb technology). Stop using the electronic appliances. No longer giving these appliances to kids would be a good start. Stop using credit cards. Find alternative ways of bypassing the system.

Disconnect from consuming disease-causing food and water poisoned with GMO technology, toxic ingredients and additives, irradiated by nutrient-nuking manufacturing processes. Refuse toxic medicines such as vaccines. Foods and medicines are killing us. The select few belonging to the related establishments manufacturing the medicines are making trillions on us as a consequence of our increasing disease.

Disconnect from the greed-driven mega-corporations swallowing up small businesses while depriving the freedom of their owners in the monopolies. Support the small business man.

Reconnecting with our true self 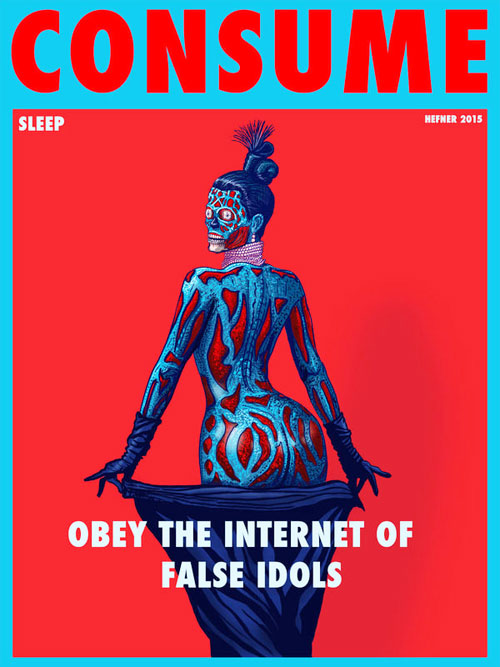 Humans have now reached unprecedented levels of selfishness. We are running amok with narcissism, materialistic greed and consumerism while the rich get even richer. It’s now been reported that 5 people nearly have as much wealth as half the world’s population. Around 90% of the world’s population lives in poverty. Mega-corporations are getting even fatter. Consider the case of Jeff Bezos and Amazon as an example.

In effect we have been pushed to the limits. All this only adds up to the realization that change has to happen. The control system’s imprisoning status quo has to end as it continues to be an ever widening mismatch compared to our ongoing awakening.
Besides making the effort to disconnect from the ruling Elite’s control system, to stop us from being dictated, we also need to change our ways by reconnecting with our true self.

Reconnecting with the true self means changing our inner world to make intended changes manifest in our outer world. We need to be a stand for truth, honesty, integrity, kindness, caring and compassion for governing ourselves in a new paradigm experience.

So many people live their daily existences in dissatisfaction, frustration and servitude. It’s time that we felt good about ourselves again; make the shift from victim to victor. A monumental task, of course, but for our survival we need an open mindedness and open heartedness to build the multiple layers needed for complete change so that the new system is solid enough to bring lasting peace. Peace for us, and the future generations…