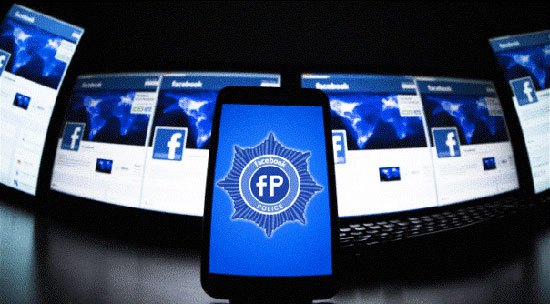 Police departments around the American nation have taken predictive crime prevention to a new level by building fake user accounts, as well as posing as genuine people to gather information about local events.

Local agents put on a digital mask and pose as members of the community allowing them to gather personal information about suspects they consider a high risk of being involved in a future crime or have existing charges.

In a social media guide for law enforcement officials published by the Justice Department, the document details, officers create fraudulent profiles even though Facebook officially bans the practice.

Departments are also beginning to use predictive analytical policing software, allowing authorities to patrol local neighborhoods based on social networking posts. If people are emotionally upset and publish it on social media networks, the software program labels the neighborhood high risk alerting law enforcement to occupy those areas.

In an article published by Business Insider one police officer answered a LexisNexis survey that he “was looking for a suspect related to drug charges for over a month. When I looked him up on Facebook and requested him as a friend from a fictitious profile, he accepted” and “he kept ‘checking in’ everywhere he went, so I was able to track him down very easily”.

Another respondent wrote: “Social media is a valuable tool because you are able to see the activities of a target in his comfortable stage. Targets brag and post information in reference to travel, hobbies, places visited, appointments, circle of friends, family members, relationships, actions, etc.”

The NYPD has even gone to the extreme to use photos of young attractive women on Facebook to spy on gang members, the New York Times reported.
No one seems to know if agencies use these photos with or without the consent of the person photographed.

Bradley Shear, an attorney and expert in social media and the law, is not quite sure how the justice system will handle challenges made to this style of policing. However, noting that “police often pose as prostitutes or drug dealers to catch criminals”.

– Account was made recently (in the past year).
– Account has no history published for earlier years, but Facebook says they have been a member since 2009, etc.
– Most fake accounts have one image or no real profile photo of the person. Some may only have a select few photos over a long span of time. A well-seasoned user would have more photos posted over a long period of time. A fake account may have only 7-10 photos, that were all posted on the same day.
– User has very few friends in common and or friends in general.
– There is little to no interaction on their page with friends, any comments, likes or responses over their long time line.
– Profile picture seems too good to be true, that hot model added you today! They even messaged you and is interested in you!
– When in doubt, use reverse image search. Take their image and see if it is a real person or not.
– When in doubt, deny, deny, deny.

Survival Things We Lost To History

Shock and disbelief has rocked our world in the past years. Many honest citizens still completely believe in America and what their ancestors stood for and how they used to fight back.