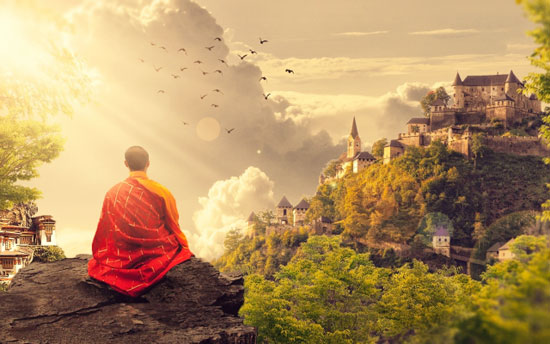 Meditation may help the body respond to stressful situations, according to a study that took a rigorous look at how the practice affects people’s physiology when they’re under pressure.

In the study, people with anxiety disorder took an eight-week course in mindfulness meditation, in which they learned to focus on the present moment and accept difficult thoughts or feelings. The researchers found that, after completing the course, these participants showed reduced levels of stress hormones and markers of inflammation during a stressful event, compared with how their bodies reacted before the course.

Importantly, the study also involved a comparison group of people who took a course in stress management that did not involve meditation. These participants did not show a similar reduction in their levels of stress hormones and markers of inflammation after their course, according to the findings, published on Jan. 24, 2017 in the journal Psychiatry Research.

“Mindfulness meditation training is a relatively inexpensive and low-stigma treatment approach, and these findings strengthen the case that it can improve resilience to stress” study researcher Dr. Elizabeth A. Hoge, an associate professor of psychiatry at Georgetown University Medical Center in Washington, DC, said in a statement.

Previous studies have found that there are psychological and physical health benefits to mindfulness meditation, and some therapists already use the practice to treat people who have anxiety. However, many previous studies of meditation compared groups of people who meditated to groups of people who did nothing. This means that any benefit of meditation seen in such studies could be due to the placebo effect, said the authors in the new study. A placebo effect results from people feeling that the treatment works, rather than any physiological effect of the treatment.

In the study, 89 participants who had previously been diagnosed with generalized anxiety disorder (GAD) were randomly assigned to take either the mindfulness meditation course or a stress-management education course. That course included lessons on ways to reduce stress though overall health and wellness, such as good nutrition, healthy sleep habits and time management.

Before and after the courses, participants underwent a laboratory test designed to make people feel stressed. They were asked to give a speech in front of “evaluators” dressed in white coats, with only a few minutes to prepare, and then were asked to do mental arithmetic. The researchers collected blood samples before and after the test, analyzing the blood for several biological markers of stress, including the stress hormone adrenocorticotropic hormone (ACTH), as well as the proteins IL-6 and TNF-alpha, which are markers of inflammation. (Stress is one factor that can lead to chronic inflammation in the body.)

After the course, participants in the meditation group showed reductions in their levels of ACTH, IL-6 and TNF-alpha during the stress test, compared with their levels before they took the course. In contrast, the participants who took the stress-management education course showed an increase in levels of these markers on their second stress test, compared to the first. That result suggests that these participants were even more anxious when they took the test a second time.

The findings suggest that mindfulness meditation “may be a helpful strategy to decrease biological stress reactivity” in people with anxiety disorder, the researchers wrote in article.

The scientists noted that future studies should look at the effect of meditation on “real-life” stress, rather than stress created during a lab experiment.

The Psychology of Soft Slavery