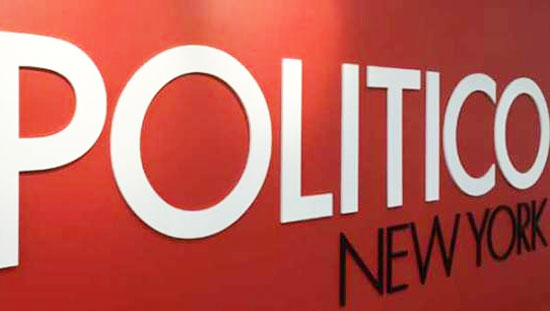 Augustine wrote in the City of God that “All those who wander far away and set themselves against You [God] are imitating You, but in a perverse way.”[1] This seems to be true in the political landscape as well. Those who cannot swallow the bitter, but liberating, truth will inexorably imitate it in a perverse way. Politico Magazine is a classic example. They wrote an entire article denouncing Veterans Today as anti-Semitic and all sorts of names.

But the same magazine published an article at the end of the same month (June 2017) saying the very same thing that VT has been reporting for years! Politico declared that powerful forces, namely Neocon think tanks and the Israeli lobby in the United States, are asking for regime change in Iran:

“As the White House formulates its official policy on Iran, senior officials and key allies of President Donald Trump are calling for the new administration to take steps to topple Tehran’s militant clerical government.

Supporters of dislodging Iran’s iron-fisted clerical leadership say it’s the only way to halt Tehran’s dangerous behavior, from its pursuit of nuclear weapons to its sponsorship of terrorism. Critics say that political meddling in Iran, where memories of a 1953 CIA-backed coup remain vivid, risks a popular backlash that would only empower hard-liners.”[2]

The magazine quoted Republican Senator Tom Cotton saying: “The policy of the United States should be regime change in Iran. I don’t see how anyone can say America can be safe as long as you have in power a theocratic despotism.”[3]

Well, who is Tom Cotton? From Wikipedia: “Cotton has been receiving heavy support from pro-Israel groups due to his opposition to the Iran nuclear deal and for his hawkish stance toward Iran. A number of pro-Israel American billionaires have contributed millions of dollars to Cotton, and William Kristol’s The Emergency Committee for Israel spent $960,000 to support Cotton.”
Cotton is also a Christian Zionist. One of his favorite authors is Henry Kissinger, the man who is responsible for brutal torture in many continents.

Politico continued to say: “Cotton advocated a combination of economic, diplomatic and covert actions to pressure Tehran’s government and ‘support internal domestic dissent’ in the country. He noted that Iran has numerous minority ethnic groups, including Arabs, Turkmen and Balochs who ‘aren’t enthusiastic about living in a Persian Shiite despotism’.”[4]

Politico also cited the Foundation for Defense of Democracies, a Neoconservative think tank based in Washington, D.C. The CEO of the organization is none other than Mark Dubowitz, the man who has opposed nuclear diplomacy with Iran.[5]

Dukowitz co-writes articles in the Wall Street Journal, such as Standing With Israel on the Golan Heights,[6] despite the fact that the same journal reported that Israel has been supporting the so-called Syrian rebels and other terrorist groups on the same Golan Heights.[7]

Clifford May, another founder of the organization, declared in 2001 that one of the goals they are trying to advance “was to provide education to enhance Israel’s image in North America and the public’s understanding of issues affecting Israeli-Arab relations”.[8] Writer John B. Judis declared: “But in the wake of the Sept. 11 attacks, May broadened the group’s mission and changed its name to the Foundation for Defense of Democracies. As he explained in a supplement to the IRS, the group’s board of directors decided to focus on ‘develop[ing] educational materials on the eradication of terrorism everywhere in the world’.”[9]

As Eli Clifton has documented, from 2008 to 2011, the largest contributors were Abramson, Marcus, Adelson, and Singer, and businessman Newton Becker. Some of FDD’s donors, particularly in the organization’s early years, gave to a wide range of groups that back Israel, but some of them, including Marcus, Adelson, Becker, and their foundations, have also contributed to groups like the Zionist Organization of America and Christians United for Israel that are aligned with Israeli right-wing nationalists who favor a ‘greater Israel’ that includes East Jerusalem and the West Bank settlements…

Much of FDD’s key staff was drawn from people who have focused their work on defending Israel from its critics. May’s second in command in FDD’s early years was the Israeli Nir Boms, who had worked for the Israeli Embassy in Washington. Toby Dershowitz, who spent 14 years as AIPAC’s communications head, has handled communications for FDD.

Since its founding, FDD has been running tours of Israel for American academics (with most of their expenses paid) similar to those run for journalists and politicians by AIPAC and other groups. University of Kentucky political scientist Robert Farley, who went on an FDD tour in 2008, says ‘the goal of the trip was to inculcate a particular view of the Israeli security situation and the Israeli-Palestinian conflict’. FDD’s view, Farley says, was ‘right-wing Likudnik on the relations between Israel and its neighbors and with the Palestinians’.”[11] 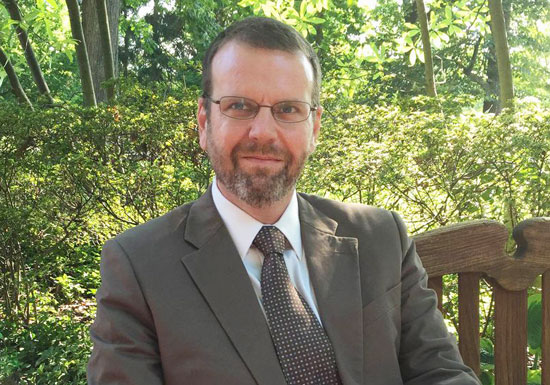 So Israeli regime is pushing America into a bloody conflict with Iran. Politico quoted FDD saying that the Trump administration must mobilize to shake the Iranian government and spread what Howard Zinn would have probably called “quiet revolution” in the region. Trump, according to the FDD, “can use trade unions, student organizations and dissident clerics to highlight the economic, political [and] moral shortcomings of the Iranian regime”.[12]

Mike Morrell, a former deputy director of the CIA who focused heavily on Iran, saw this plan as unrealistic and worthless. “Even the discussion of regime change is damaging”, he said, “let alone a policy of regime change. A policy of regime change would be a huge strategic mistake. A huge potential downside is that you feed the hard-liners and lose the moderates. Not only are you unlikely to be successful, but you are likely to have huge blowback”.[13]

Veterans Today had been called anti-Semitic for writing the same thing that Politico published! How shameful. Perhaps the magazine should stop accusing people with little or no substance and start looking at the deeper issues that are at stake.

If something smells like a duck, quacks like a duck, swims like a duck, should we call it a snake? If the Israeli regime is pushing the United States into perpetual wars in the Middle East and elsewhere, should we put all the blame on the Trump administration? Sure, he is a puppet, but don’t we all know the essentially diabolical forces that are pushing him to the abyss?

Our Toothpastes Are Toxic! Here’s Why you Should Switch to Natural Toothpaste