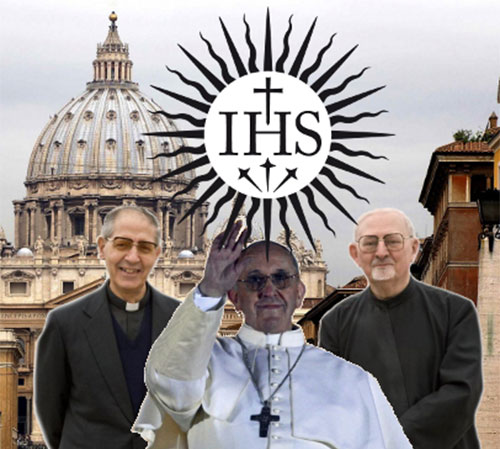 Murder, torture and “disappearances” were commonplace under the military dictatorship that gripped Argentina in the 1970s. Pope Francis, despite being hailed as a “progressive” figure today, was supportive of the Argentine junta, even aiding in some of the atrocities it carried out.

Among the world’s most prominent figures, few have received such consistent media praise as Pope Francis I. Since his papacy began in 2013, Pope Francis has been touted as a left-leaning reformer committed to reducing global poverty and fighting climate change, as well as taken other positions popular with those identifying as politically progressive. However, Western media has continuously overlooked the church leader’s dubious past, which paints him as anything but a progressive concerned about the oppressed or their human rights.

In 1973, Chile fell to a U.S.-backed coup that led to the installation of the brutal military dictatorship of General Augusto Pinochet. At the time, the Cardinal of Santiago, Raúl Silva Henríquez, took a stand against the newly-installed military regime at great personal risk, a move that is believed to have somewhat curbed the tide of political assassinations and torture targeting supporters of Chile’s deposed President Salvador Allende and other opponents of Pinochet’s rule.

Three years later in 1976, Argentina also fell victim to a U.S.-backed coup that installed a military junta. However, the Catholic church’s response to the Videla regime could not have been more different than what had transpired in Chile.

At the time, Pope Francis, then known by his birth name Jorge Mario Bergoglio, was Provincial of the Argentine Jesuits. While a handful of figures in the Catholic church dissented against Videla’s rule, Bergoglio was not one of them. In fact, Bergoglio actually aided the Videla regime in its murder of dissidents. Government documents written at the time have confirmed his role in reporting members of his own order who he deemed to be “leftists”, along with several innocent parishioners, to the military government.

In May 1976, two Jesuit priests, Francisco Jalics and Orlando Yorio, were kidnapped by death squads and taken to the Escuela de Mecánica de la Armada (ESMA), a detention center for dissidents with a sinister reputation for torture and “disappearing” detainees. After five months of grueling torture, they were released, thrown into a field half-naked and pumped full of drugs – essentially left for dead. Upon their release, the priests complained about Bergoglio to the Vatican, only to be told that they had already been expelled from the Jesuits due to alleged contact with women and “conflicts of obedience”.

During the first trials regarding the crimes of the Argentine military government in 1985, Yorio directly accused Bergoglio of handing them over, along with six civilian members of his parish, to the death squads. He told the court “I am sure that he himself [Bergoglio] gave over the list with our names to the Navy.”

Jalics refused to comment on the matter at the time, having entered a life of seclusion in a German monastery. However, years later, he recounted in a book that Bergoglio had told the priests that he would make sure the military knew that they were not terrorists. Jalics wrote:

“From subsequent statements by an official and 30 documents that I was able to access later, we were able to prove, without any room for doubt, that this man did not keep his promise, but that, on the contrary, he presented a false denunciation to the military.”

The other six members of the parish that Bergoglio had reported to the government became among the thousands of those who “disappeared” during Argentina’s Dirty War. They included four teachers associated with the parish and two of their husbands. 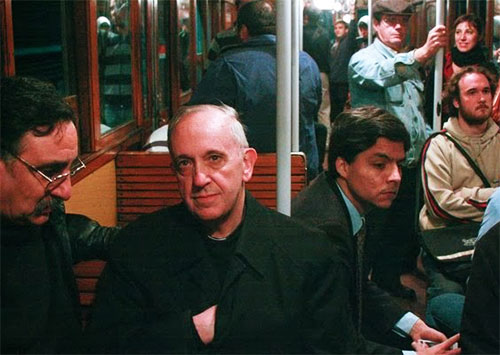 In the years since, Bergoglio has invoked his right under Argentinian law to avoid appearing in open court, testifying only once in 2010 regarding the crimes that he had been accused of. According to human rights attorney Myriam Bregman, his answers were “evasive.”

Bergoglio has also tried to claim that he was unaware of the dictatorship’s many atrocities until after the military regime fell. However, as Bregman noted, Bergoglio’s own statements proved that church officials knew from early on that the junta was torturing and killing its citizens. “The dictatorship could not have operated this way without this key support”, she added in an interview with CBS News.

In addition, Bergoglio has claimed that he was unaware of the dictatorship’s practice of stealing the babies of disappeared mothers, who were abducted, kept alive until giving birth and then executed, with their children then given to military families. However, the testimonies of those who had reached out to him at the time for help in finding their missing relatives have proven this claim inaccurate.

Most ironic of all is that Bergoglio – as Pope – has been praised for bringing anti-capitalist “liberation theology” to the Catholic church. But decades earlier, Bergoglio had accused the very priests he had condemned to torture of propagating that same theology. During his time as Provincial of the Jesuits, Bergoglio supported an ideology that ran contrary to liberation theology, embracing the neoliberal policies of the dictatorship, which were crafted by then-Economic Minister José Alfredo Martínez de Hoz – a close friend of David Rockefeller.

Despite his past crimes, the Pope’s continued chorus of support from Western media shows that, with enough positive media coverage, even the most sinister crimes can be buried and hidden from view.

The Art of Mindful Eating: Seven Simple Exercises for Greater Health, Happiness and Peace of Mind