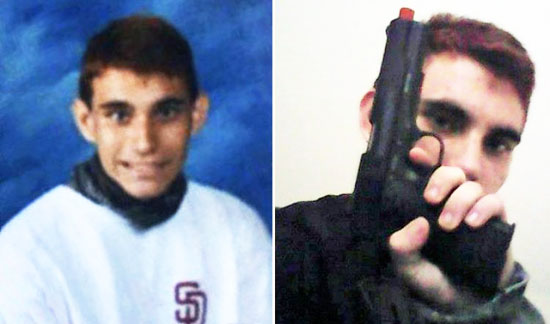 Nearly all Americans were horrified by the latest school shooting – this one at a high school in Florida by a teen who was a well-known problem to local police as well as a potential threat to the FBI, no less.

And most Americans would really like to see something done about them. If you took a legitimate national poll of all Americans, we’d see that a vast majority would approve of legitimate, workable security solutions that work to defend their money against robbers and theme parks against violence.

But as noted by Ryan McMaken at the Von Mises Institute, “an odd thing” seems to have happened in the wake of the tragedy.
US got the usual protests, the usual “outrage” from the increasingly militant Left that wants to just ban the guns, the National Rifle Association and the Second Amendment. They’ve got the usual talking heads in the American Pravda media blaming all of this on President Donald J. Trump and Republicans.

But some of these same gun controllers are actually beginning to argue against some of the same legitimate and workable security solutions that would actually protect kids in America.
“Rather than take strategies that can be implemented virtually immediately, and which address the dangers in a specific place in a common-sense way,” McMaken writes, “gun control advocates would rather focus on a political victory at some point in the future” while leaving schools vulnerable to the next shooter.

Who’s already out there, by the way. As is the next one. And the next.
Because as long as schools are “gun-free zones” they will remain targets, and kids will remain vulnerable.
As McMaken notes further:
“The general argument is that any effort at meaningful security is unacceptable because it turns schools into ‘fortresses’. Numerous examples of this line of reasoning can be found on Twitter. They are often remarkably similar in message which is ‘forget school security, just ban guns!’. Ah yes, the ‘ban guns’ solution. It certainly worked in Latin America. And, of course, as soon as they’re banned, everyone will immediately turn theirs in to the authorities and no one will have them anymore. Security of any sort will immediately and forever be rendered unnecessary. At least, this is how the thinking goes.”

Others say that schools like the one in Columbine, Colorado, the modern era’s first major school shooting which occurred in the late 1990s, had “security” – security cameras – and those didn’t work so… nothing will.
That’s just insane. But the Left pushes this lie because one of the more popular solutions is securing American schools with people who carry guns.

“… The overall strategy here is startling. Gun control advocates are in a way holding school children hostage to their message by shooting down calls for better school security. Their essential position is ‘no security for children until we get the gun control legislation we want!’,” McMaken wrote.

In many parts of the US, there already are armed police officers in schools. Some have guarded entrances. Others have additional security levels.
But somehow if you suggest implementing physical security measures that involve, say, armed teachers or school personnel, along with adding other levels of physical security, you get called a kook, a radical, an idiot — and you’re shouted down.

In the aftermath, nothing happens that matters and more kids get killed by the next school shooter.
Banning guns isn’t the answer and has never been the answer; it can’t be done constitutionally and it’s not practical (because if Americans can’t keep people from illegally sneaking into the country, how are they going to prevent gun smuggling?).

The US can’t wave a magic wand and change the damage 50 years of family and traditional values destroying liberalism has caused the society.
So they have to adopt better physical measures to protect the kids.
And anyone who doesn’t agree with that would rather risk losing more children than implement workable security solutions.