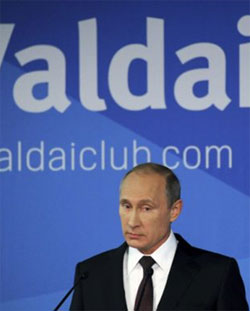 Russian President Vladimir Putin has warned that most terrorist attacks are false flag operations designed by the West in order to control members of the public.

Speaking at the 13th annual meeting of the Valdai International Discussion Club in October 2016, Putin began his speech by pointing out that a globalist elite cabal of just “1 percent” dominate our world in order to further a New World Order agenda “for their own beloved selves, for the select few, and not for all ”.

“He is referring to the fact that the global elite continue to push their desire for a new world order. This, in my view, is most evident by what’s taken place in the Middle East, especially in the past decade. The United States has completely infiltrated and destroyed countries, all while manufacturing false events to justify these invasions. This is known as false flag terrorism. The Middle East is now full of U.S. military bases.”

According to Putin, “If the powers that be today find some standard or norm to their advantage, they force everyone else to comply. But if tomorrow these same standards get in their way, they are swift to throw them in the bin, declare them obsolete, and set or try to set new rules.”

Later on, he mentions that the “the powers that be” continue to “churn out threats, imaginary and mythical threats such as the ‘Russian military threat’,” explaining how it’s a “profitable business that can be used to pump new money into defense budgets at home, get allies to bend to a single superpower’s interests, expand NATO and bring its infrastructure, military units and arms closer to our borders.”

He then goes on to describe the anti-Russian propaganda the U.S. has spread in recent years: “Another mythical and imaginary problem is what I can only call the hysteria the USA has whipped up over supposed Russian meddling in the American presidential election. The United States has plenty of genuinely urgent problems, it would seem, from the colossal public debt to the increase in firearms violence and cases of arbitrary action by the police.”

For years we’ve relied on mainstream media, but more people are starting to realize that it cannot be trusted, especially when it comes to covering major events like 9/11, the so called “war on terror”, and other critical topics. Global corporate media has become a tool of deception and misinformation, and many of us still have yet to wake from our slumber and realize that this source of “information” is simply an elite owned tool meant to push an agenda that has little to do with public interest.

More on These Mythical Threats, Going Beyond One Politician 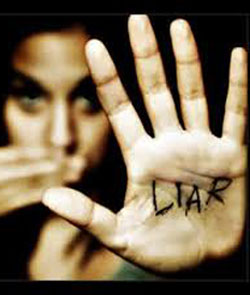 “In our mind, real leadership lies in seeing real problems rather than attempting to invent mythical threats and use them to steamroll others. This is exactly how Russia understands its role in global affairs today.”

The fact that Putin, along with many others, continues to point out that many of the threats used by the Western military alliance are completely fabricated, resonates with the research out there. Even those who have contributed to the Western propaganda machine have outed their own countries. One example would be former Four Star General Wesley Clark, who was the Supreme Allied Commander Europe of NATO from 1997 to 2000. Clark told the world that ISIS was created by the Western military alliance.

Putin offered similar revelations, stating that “they created and armed terrorist groups, whose cruel actions have sent millions of civilians into flight, made millions of displaced persons and immigrants, and plunged entire regions into chaos.”

We saw the same thing with Al-Qaeda.

According to Global Research:

“The truth is, there is no Islamic army or terrorist group called Al-Qaeda, and any informed intelligence officer knows this. But, there is a propaganda campaign to make the public believe in the presence of an intensified entity representing the ‘devil’ only in order to drive TV watchers to accept a unified international leadership for a war against terrorism. The country behind this propaganda is the United States.”

FBI whistle blower Sibel Edmonds told us that ISIS was created to be the next threat from Al-Qaeda, specifically for the purpose of reviving the terror war industry.

Canadian economist Dr. Michel Chossudovsky, who is the University of Ottawa’s Emeritus Professor of Economics, also gave a great speech at the International Conference on the New World Order. 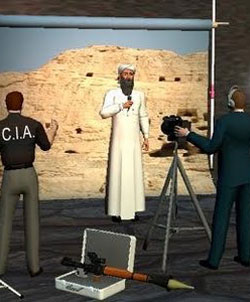 The point is these “mythical and imaginary threats” that Putin alludes to have been known about for a long time. Even the Pentagon was outed for paying a PR firm half a billion dollars to create fake terrorists videos.

As you can see, we have to move beyond simple claims by politicians and do our own research. This makes it much easier to discern the truth from the lies.

In his speech, Putin also pointed to the fact that we don’t really live in a democracy anymore, explaining how “modern countries have all the attributes of democracy: elections, freedom of speech, access to information, freedom of expression. But even in the most advanced democracies the majority of citizens have no real influence on the political process and no direct and real influence on power.”


In his speech, Putin also referred to the mass propaganda machine that is mainstream media. He pointed to the huge gap that is growing between the interests of the people and those of the elite, but also to the fact that the interests of the elite will continue to be catered to over those of the public. He called out Western propaganda, referring to mainstream media, again emphasizing that he would like to have “such a propaganda machine” there in Russia, and that they “have not even global mass media outlets of the likes of CNN, BBC and others”. Russia “simply does not have this kind of capability”.

Dr. Udo Ulfkotte, a top German journalist and editor for more than two decades, went on television to confirm this fact, stating that he was forced to publish the works of intelligence agents under his own name. He also added that noncompliance with these orders would result in him losing his job. Another great example would be former CBC News reporter Sharyl Attkisson, or Amber Lyon, a three-time Emmy award winning journalist who outed CNN, explaining that they are routinely paid by the U.S. government and foreign governments to selectively report and even distort information on certain events. She has also indicated that the government has editorial control over content.

It’s a long list, and there is more than enough evidence and opportunity for people to discern fact from fiction and determine who is trustworthy and who is not.

Pope Francis (Jesuits) takes control of the Knights of Malta

How the mind treats «impossible things that couldn’t be happening»