Pope Francis (Jesuits) takes control of the Knights of Malta 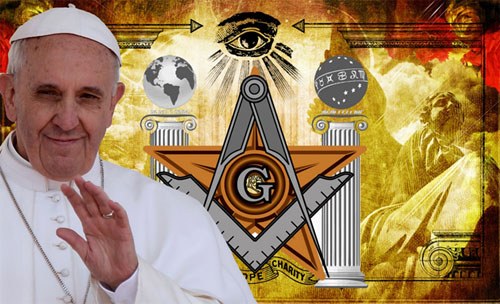 As a military Catholic order of monks they’ve run hospitals since the Crusades and were the fore-runner of NATO, with a navy that protected Europe against the Ottoman Empire. It’s surprising there isn’t a TV series about the “Knights Hospitaller”. They were also known as “The Religion”.

Recently, they are in world news because of their stouche with Pope Francis, which has come to a head with the resignation of the Knights’ Grand Master. Score: The Vatican 1, The Religion 0. Both the Vatican and the Knights are small but real sovereign states and recognized as such internationally.

Since the infamous October 13th betrayal of the Knights of the Temple by the Vatican in 1307, there has survived a paradoxical relationship between the Knights of the Hospital and the Holy See. The Knights have long memories, and a vigilant mix of filial loyalty and sovereign independence has prevailed.

The current round between the Knights of the Hospital and Pope Francis is only the latest in the centuries-old family feud.

It was Voltaire who said “Nothing is better known than the Siege of Malta!”.

Voltaire was recalling the event in 1565, when the Knights Hospitaller achieved their greatest victory. Under the order’s famous leader, Jean Parisot de La Valette, a French nobleman and 49th Grand Master of the Hospital, the knights defeated the Ottoman Empire at Malta in one of history’s famous battles.

The Ottoman Empire, the greatest world power of the day, was on the move. Its plan was to conquer Europe. One obstacle in its path was the little Mediterranean island fortress of the Knights – Malta.

From the shores of the Golden Horn, Suleiman the Magnificent, Emperor of the Ottomans, sent the greatest armada since antiquity to wipe out Islam’s most implacable foe, the Knights of Malta. To the Turks, the Knights were known as “The Hounds of Hell”.

The great sultan attacked with an armada carrying 48,000 troops. La Valette had only 500 knights and 3000 Maltese militia plus 2600 Italian and Spanish reinforcements, totaling 6100. La Valette was 71 years old when the Ottoman Empire attacked his sovereign island fortress of Malta. Hopelessly outnumbered nearly eight to one, he withstood one of history’s greatest sieges. 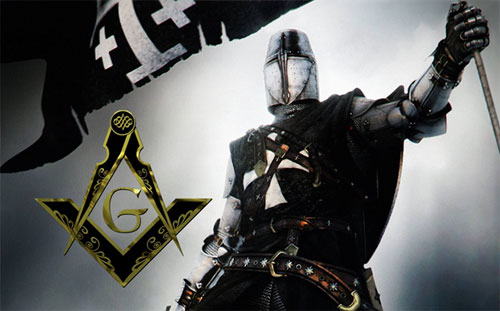 British author Ernle Bradford’s account The Great Siege is the stuff Hollywood epics are made of:

“From May until September the Turkish forces remained on the island, and the fighting employed every device and stratagem of sixteenth century warfare. There were conflicts between armed galleys, hand-to-hand combats, siege weapons and artillery duels, cavalry charges, and even armed bands of swimmers. When the Turkish forces at last withdrew defeated, the Ottoman power had suffered an immense reverse. In the long war between East and West the Great Siege of Malta proved one of the turning points in history.”

The Grand Master had repelled the Turkish force saving not only his sovereign territory but the heart of Europe itself. It was a heroic defense, and prayers of thanks were heard all over Europe. La Valette was hailed as “The Shield of Europe”. Rewards and riches piled in from grateful monarchs.

Philip II of Spain sent the Grand Master a fabulous gold sword encrusted with pearls, diamonds and precious jewels with the punning device “Plus quam valor valet Valette” (“Greater than valour is La Valette”), which today can be seen in the Bibliotheque Nationale in Paris.

Even in England, where Henry VIII had suppressed the order 20 years earlier, his daughter Queen Elizabeth I directed that prayers be offered and all the bells of England to be rung in celebration. She, too, sent him gifts. Many prizes were bestowed upon the French knight and his order, all of which he accepted… except one.

Pope Pius V tried to get La Valette to accept a cardinal’s red hat, but he refused. One can scarcely imagine today what it was like in those days to be offered a red hat by the pope and what it would have meant in personal prestige for La Valette to wear one… One can imagine even less the level of courage it took to refuse it.

It was a matter of sovereignty. Bearing in mind the fate of the Templars, La Valette wanted to maintain the independence and sovereignty of his order from the meddlesome politics of the Vatican. La Valette knew that while it was one thing for his order to serve the pope, it was yet another to be under the thumb of Rome, so he declined his cardinal’s hat. The Knights have kept their sovereign independence ever since. And, now in 2017, it’s on again. So far, this round has been won by the Pope.

In the hot summer of 1568, three years later, La Valette was felled by a stroke during a day’s hawking. The Knights placed his body aboard the admiral’s galley and rowed across Grand Harbour to the city that bore his name, Valetta. Four other galleys shrouded in black accompanied this greatest of Grand Masters on his last voyage.

La Valette now lies in the great crypt of the cathedral of St John. Above, on the tessellated floor of the great cathedral, shine the arms and insignia of Knights who for more than 200 years were to maintain the impregnable fortress of Malta.

However, let’s not forget that the Knights of Malta are part of Freemasonry, and part of the evil it shreds all over the world…