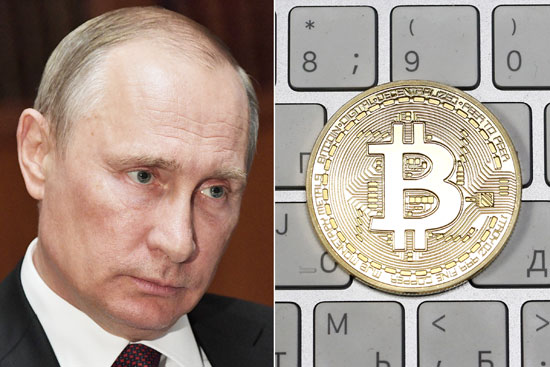 On a large scale, Putin is not attempting to build an empire, he is not destabilizing the Middle East and installing dictators, he’s not funding ISIS, and he tends to resist moves by the globalists that are harmful to the well-being of the Russian people and their money.

As the Free Thought Project reported earlier this year, Putin has begun preparing to release Russia from the crushing grip of the international banking system completely, by moving to a nationalist model based and conducting transactions with allies in gold.

After the massive push toward gold, however, Putin is looking to the future, and the future is in cryptocurrency. Seeking to further protect Russia from the claws of the international money changing cartel, Putin met in June with Ethereum founder Vitalik Buterin.

As the US seeks to dominate the currency market by limiting the use of cryptocurrency, Russia is proving they are not as beholden to the bankers by facilitating competition with their native currency, the ruble.

As the US seeks to hack, dismantle, and fear monger over the incredible revolution that is the blockchain, Putin wants to implement it. “The digital economy isn’t a separate industry, it’s essentially the foundation for creating brand new business models,” Putin said.

Putin appears to have chosen Ethereum because of its incredible performance so far this year. In February, Ehtereum was still trading in the low teens but it has seen a near 3000% growth in June. It is also showing the potential to pass the mother of all cryptocurrencies, Bitcoin.

In short, it looks like Russia has plans to deal a massive blow to the banking class and they are looking for the best ways to go about it, gold and cryptocurrency. And, they are wasting no time.

As Bloomberg reports, “Russia’s central bank has already deployed an Ethereum-based blockchain as a pilot project to process online payments and verify customer data with lenders including Sberbank PJSC, Deputy Governor Olga Skorobogatova said at the St. Petersburg event. She didn’t rule out using Ethereum technologies for the development of a national virtual currency for Russia down the road.ˮ

While central banks across the globe attempt to circumvent the decentralization of cryptocurrencies, they have remained vigilant because of the peer-to-peer nature of the transactions and the security of the blockchain.

It is also important to note that Russia’s move to adopt an Ethereum-based currency is not a flawless measure. It will still be subject to the regulations of the Russian government. However, it is a start and its effect could have revolutionary implications.

“Blockchain may have the same effect on businesses that the emergence on the internet once had. It would change business models, and eliminate intermediaries such as escrow agents and clerks,” said Vlad Martynov, an adviser for The Ethereum Foundation, a non-profit organization that backs the cryptocurrency. “If Russia implements it first, it will gain similar advantages to those the Western countries did at the start of the internet age.”

Rest assured, however, that there are forces in the banking industry who are moving to control cryptocurrencies and stop this progress. Indeed, they are making their own ‘coins’ which will undoubtedly be accepted by governments, easily manipulated, and under total control.

RSCoin, however, is the opposite of Ethereum and Bitcoin. Its purpose would be a tool of State control, so the central bank could keep a tight grip on the money supply. Ostensibly, this would be to “protectˮ citizens in the times of economic crisis but, in reality, to enrich those at the top through its manipulation.

The US would do well to get with the times, taking a page out of Russia’s book, and move to adopt and accept the revolution that is cryptocurrency. Otherwise, when the US dollar does finally collapse, it will be the American people holding the bill, a scenario that no one wants to see.

Bilderberg Group is Calling Shots in the Middle East