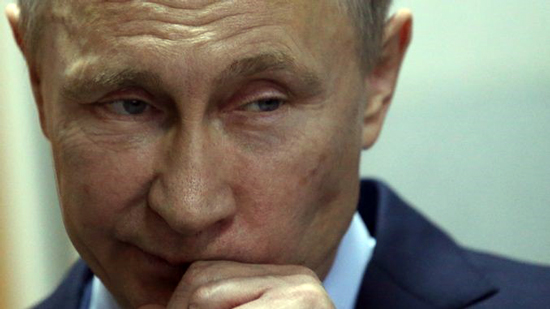 Vladimir Putin says Russia is ready to show proof the chemical weapons attack in Syria was a false flag orchestrated by the US as a pretext to another oil war invasion.

Putin has been saying for years that he would rather work with the US to defeat ISIS. But if that proves impossible, he has the evidence to prove the US is implicated in the biggest false flag scandal since 9/11.

Like a boxer confident in his own strength, Putin has been absorbing pressure from the US and biding his time, waiting for the right moment to strike. He threatens that the evidence is so explosive that he only has to hit once.

Though he hasn’t revealed it yet, Russian President Vladimir Putin claimed, in 2015, to possess secret satellite images that could prove the U.S. government brought down the Twin Towers by controlled demolition.

The 9/11 terrorist attacks, he declared, were orchestrated by the world’s biggest oil consumer to look like an act of aggression by international terrorist organizations. Putin said it was orchestrated to attack countries in the Middle East, the world’s chief oil-exporting region, to control more than half of the world’s oil reserves.

Well, in 2017, Putin is back with statements about US false flags. This time he claims to possess credible information that could prove the April 4 chemical attack on the town of Khan Sheikhoun (which killed 86 civilians including children) was staged to discredit the government of Syrian President Bashar Hafez al-Assad (who renounced chemical weapons nearly four years ago).

The alleged chemical attack gave the United States an excuse to launch 59 Tomahawk missiles (in retaliation, of course) at a Syrian airbase on April 6.

In a joint press conference with Italian President Sergio Mattarella in Moscow on April 11, Putin – calling on the international community to thoroughly investigate the use of chemical weapons in Khan Sheikhoun and take appropriate action – asked the world to be prepared for more chemical attacks. These, Putin suggests will also be false flags, conducted to frame the Syrian government:

“We have reports from multiple sources that false flags like this one – and I cannot call it otherwise – are being prepared in other parts of Syria, including the southern suburbs of Damascus. They plan to plant some chemical there and accuse the Syrian government of an attack.

President Mattarella and I discussed it, and I told him that this reminds me strongly of the events in 2003, when the US representatives demonstrated at the UN Security Council session the presumed chemical weapons found in Iraq. The military campaign was subsequently launched in Iraq and it ended with the devastation of the country, the growth of the terrorist threat and the appearance of Islamic State [IS, formerly ISIS] on the world stage.”

Putin is already proven right, so it seems. Prominent journalists with experience on Syria claimed the chemical attack was a false flag – designed to make the Trump administration go to war with Assad. 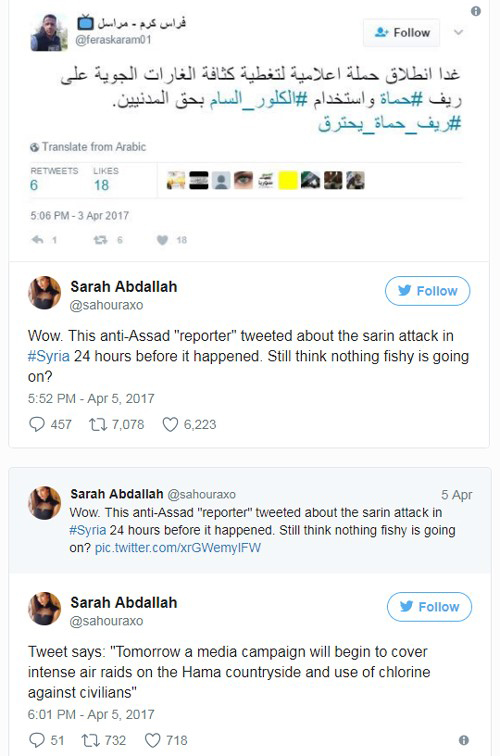 Former U.S. presidential candidate Ron Paul called the Syrian chemical attack a false flag promoted by the media propaganda machine to rally the people behind the United States. The odious propaganda, he added, smearing Assad as a monster for using chemical weapons is strongly indicative of a manufactured opportunity – a false flag. Former CIA officer Philip Giraldi, too, threw his weight around Putin saying:

“I’m hearing from sources on the ground in the Middle East, people who are intimately familiar with the intelligence that is available who are saying that the essential narrative that we’re all hearing about the Syrian government or the Russians using chemical weapons on innocent civilians is a sham.

The intelligence confirms pretty much the account that the Russians have been giving… which is that they hit a warehouse where the rebels – now these are rebels that are, of course, connected with Al Qaeda – where the rebels were storing chemicals of their own and it basically caused an explosion that resulted in the casualties. Apparently the intelligence on this is very clear.”

Meanwhile, U.S. President Donald Trump has confirmed that he will authorize additional strikes on Syria “if Assad uses chemical weapons again or deploys barrel bombs in the country.” White House spokesman Sean Spicer told reporters recently: “The sight of people being gassed and blown away by barrel bombs ensures that if we see this kind of action again, we hold open the possibility of future action. If you gas a baby, if you put a barrel bomb in to innocent people… you will see a response from this president.”