“If people carry guns, there will be murders over parking spaces and neighborhood basketball games.” 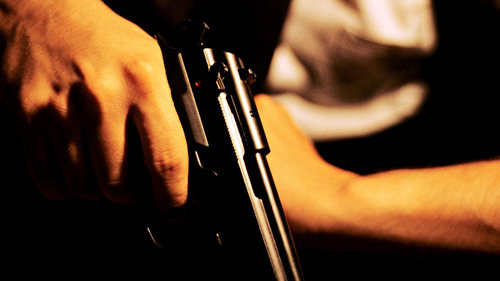 How often have you heard these statements from misguided advocates of victim disarmament, or even woefully uninformed relatives and neighbors? Why do people cling so tightly to these beliefs, in the face of incontrovertible evidence that they are wrong? Why do they get so furiously angry when gun owners point out that their arguments are factually and logically incorrect? How can you communicate with these people who seem to be out of touch with reality and rational thought?

One approach to help you deal with anti-gun people is to understand their psychological processes. Once you understand why these people behave as they do, you can communicate more effectively with them.

About a year ago I received an e-mail from a member of a local organization. The author, who chose to remain anonymous, insisted that people have no right to carry firearms because he didn’t want to be murdered if one of his neighbors had a “bad day”. (I don’t know that this person is a “he”, but I’m assuming so for the sake of simplicity.) I responded by asking him why he thought his neighbors wanted to murder him, and, of course, got no response. The truth is that he’s statistically more likely to be murdered by a neighbor who doesn’t legally carry a firearm and more likely to be shot accidentally by a law enforcement officer.

How does my correspondent “know” that his neighbors would murder him if they had guns? He doesn’t. What he was really saying was that if he had a gun, he might murder his neighbors if he had a bad day, or if they took his parking space, or played their stereos too loud. This is an example of what mental health professionals call projection – unconsciously projecting one’s own unacceptable feelings onto other people, so that one doesn’t have to own them. In some cases, the intolerable feelings are projected not onto a person, but onto an inanimate object, such as a gun, so that the projector believes the gun itself will murder him.

Projection is a defense mechanism. Defense mechanisms are unconscious psychological mechanisms that protect us from feelings that we cannot consciously accept. They operate without our awareness, so that we don’t have to deal consciously with “forbidden” feelings and impulses. Thus, if you asked my e-mail correspondent if he really wanted to murder his neighbors, he would vehemently deny it, and insist that other people want to kill him.

Projection is a particularly insidious defense mechanism, because it not only prevents a person from dealing with his own feelings, it also creates a world where he perceives everyone else as directing his own hostile feelings back at him.
Many people have violent, and even homicidal impulses. For example, it’s common to hear people say “I’d like to kill my boss”, or “If you do that one more time I’m going to kill you”. They don’t actually mean that they’re going to, or even that they would kill anyone; they’re simply acknowledging anger and frustration. Many of us suffer from fear and feelings of helplessness and vulnerability. Most people can acknowledge feelings of rage, fear, frustration, jealousy, etc. without having to act on them in inappropriate and destructive ways.

Some people, however, are unable consciously to admit that they have such “unacceptable” emotions. They may have higher than average levels of rage, frustration, or fear. Perhaps they fear that if they acknowledge the hostile feelings, they will lose control and really will hurt someone. They may believe that “good people” never have such feelings, when in fact many people have them. 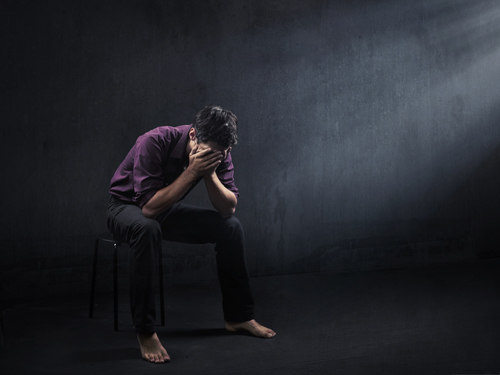 This is especially true now that education “experts” commonly prohibit children from expressing negative emotions or aggression. Instead of learning that such emotions are normal, but that destructive behavior needs to be controlled, children now learn that feelings of anger are evil, dangerous and subject to severe punishment. To protect themselves from “being bad”, they are forced to use defense mechanisms to avoid owning their own normal emotions. Unfortunately, using such defense mechanisms inappropriately can endanger their mental health; children need to learn how to deal appropriately with reality, not how to avoid it.

(This discussion of psychological mechanisms applies to the average person who is uninformed, or misinformed about firearms and self-defense. It does not apply to the anti-gun ideologue. Fanatics like Charles Schumer know the facts about firearms, and advocate victim disarmament consciously and willfully in order to gain political power. This psychological analysis does not apply to them.)

Another defense mechanism commonly utilized by supporters of gun control is denial. Denial is simply refusing to accept the reality of a given situation. For example, consider a woman whose husband starts coming home late, has strange perfume on his clothes, and starts charging flowers and jewelry on his credit card. She may get extremely angry at a well-meaning friend who suggests that her husband is having an affair. The reality is obvious, but the wronged wife is so threatened by her husband’s infidelity that she is unable to accept it, and so denies its existence.

Anti-gun people do the same thing. It’s obvious that we live in a dangerous society, where criminals attack innocent people. Just about everyone has been, or knows someone who has been victimized. It’s equally obvious that law enforcement can’t protect everyone everywhere 24 hours a day. Extensive scholarly research demonstrates that the police have no legal duty to protect you and that firearm ownership is the most effective way to protect yourself and your family. (The author is addressing the American public – editor’s note). There is irrefutable evidence that victim disarmament nearly always precedes genocide. Nonetheless, the anti-gun folks insist, despite all evidence to the contrary, that “the police will protect you”, “this is a safe neighborhood” and “it can’t happen here”, where “it” is everything from mugging to mass murder.

Reaction formation is yet another defense mechanism common among the anti-gun folks. Reaction formation occurs when a person’s mind turns an unacceptable feeling or desire into its complete opposite. For example, a child who is jealous of a sibling may exhibit excessive love and devotion for the hated brother or sister.

Likewise, a person who harbors murderous rage toward his fellow humans may claim to be a devoted pacifist and refuse to eat meat or even kill a cockroach. Often such people take refuge in various spiritual disciplines and believe that they are “superior” to “less civilized” folks who engage in “violent behavior” such as target shooting. They may devote themselves to “animal welfare” organizations that proclaim that the rights of animals take precedence over the rights of people. This not only allows the angry person to avoid dealing with his rage, it allows him actually to harm the people he hates without having to know he hates them. 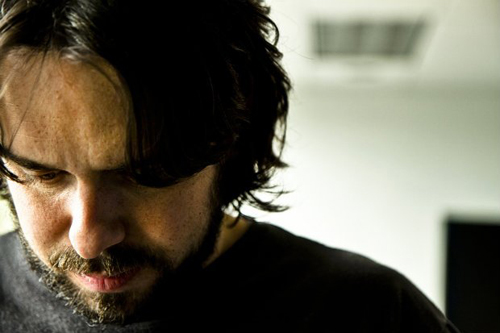 This is not meant to disparage the many wonderful people who are pacifists, spiritually inclined, vegetarian, or who support animal welfare. The key issue is not the belief itself, but rather the way in which the person experiences and lives his beliefs. Sincere practitioners seek to improve themselves, or to be helpful in a gentle, respectful fashion. They work to persuade others peacefully by setting an example of what they believe to be correct behavior. Sincere pacifists generally exhibit good will towards others, even towards persons with whom they might disagree on various issues.

Contrast the sincere pacifist or animal lover with the strident, angry person who wants to ban meat and who believes murdering hunters is justified in order to “save the animals” – or the person who wants to outlaw self-defense and believes innocent people have the obligation to be raped and murdered for the good of society. For example, noted feminist Betty Friedan said that “lethal violence even in self-defense only engenders more violence”. The truly spiritual, pacifist person refrains from forcing others to do what he believes, and is generally driven by positive emotions, while the angry person finds socially acceptable ways to harm, abuse, or even kill his fellow man.

In the case of anti-gun people, reaction formation keeps any knowledge of their hatred for their fellow humans out of consciousness, while allowing them to feel superior to “violent gun owners”. At the same time, it also allows them to cause serious harm, and even loss of life to others by denying them the tools necessary to defend themselves. This makes reaction formation very attractive from a psychological point of view, and therefore very difficult to counteract.

Defense Mechanisms Are Not Mental Illnesses

Defense mechanisms are normal. All of us use them to some extent, and their use does not imply mental illness. Advocates of victim disarmament may be misguided or uninformed, they may be stupid, or they may be consciously intent on evil, but that doesn’t necessarily mean they are “mentally ill”.

Some defense mechanisms, however, are healthier than others. A safe general rule is that a defense is healthy if it helps you to function better in your personal and professional life, and unhealthy if it interferes with your life, your relationships, or the well-being of others. Young children utilize projection and denial much more commonly than do healthy adults. On the other hand, “if projection is used as a defense mechanism to a very great extent in adult life, the user’s perception of external reality will be seriously distorted”.

Defense mechanisms are also frequently combined, so that an anti-gun person may use several defense mechanisms simultaneously. For example, my unfortunate correspondent uses projection to create a world in which all his neighbors want to murder him. As a result, he becomes more angry and fearful, and needs to employ even more defense mechanisms to cope. So he uses projection to attribute his own rage to others, he uses denial that there is any danger to protect himself from a world where he believes he is helpless and everyone wants to murder him, and he uses reaction formation to try to control everyone else’s life because his own is so horribly out of control.

Also, it’s important to remember that not all anti-gun beliefs are the result of defense mechanisms. Some people suffer from gun phobia, an excessive and completely irrational fear of firearms, usually caused by the anti-gun conditioning they’ve been subjected to by the media, politicians, so-called “educators” and others. In some cases, gun phobia is caused by an authentic bad experience associated with a firearm. But with all due respect to Col. Jeff Cooper, who coined the term “hoplophobia” to describe anti-gun people, most anti-gun people do not have true phobias. Interestingly, a person with a true phobia of guns realizes his fear is excessive or unreasonable, something most anti-gun folks will never admit.

Can Nuclear War Be Avoided?