Raging Against Self Defense: Psychiatrist Examines the Anti-Gun Mentality (2) 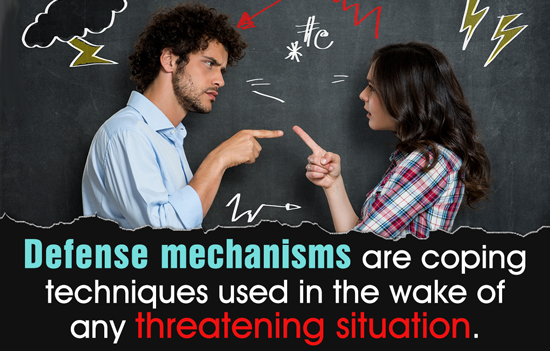 Because defense mechanisms distort reality in order to avoid unpleasant emotions, the person who uses them has an impaired ability to recognize and accept reality. This explains why my e-mail correspondent and many other anti-gun people persist in believing that their neighbors and co-workers will become mass murderers if allowed to own firearms.

People who legally carry concealed firearms are actually less violent and less prone to criminal activity of all kinds than is the general population. (The author is referring to the American people – editor’s note). A person who has a clean record, has passed an FBI background check, undergone firearms training, and spent several hundred dollars to get a permit and a firearm, is highly unlikely to choose to murder a neighbor. Doing so would result in his facing a police manhunt, a trial, prison, possibly capital punishment, and the destruction of his family, job, and reputation. Obviously it would make no sense for such a person to shoot a neighbor – except in self-defense. Equally obviously, the anti-gun person who believes that malicious shootings by ordinary gun owners are likely to occur is not in touch with reality.

In my experience, the common thread in anti-gun people is rage. Either anti-gun people harbor more rage than others, or they’re less able to cope with it appropriately. Because they can’t handle their own feelings of rage, they are forced to use defense mechanisms in an unhealthy manner. Because they wrongly perceive others as seeking to harm them, they advocate the disarmament of ordinary people who have no desire to harm anyone. So why do anti-gun people have so much rage and why are they unable to deal with it in appropriate ways? Consider for a moment that the largest and most hysterical anti-gun groups include disproportionately large numbers of women, African-Americans and Jews. And virtually all of the organizations that claim to speak for these “oppressed people” are stridently anti-gun. Not coincidentally, among Jews, Blacks and women there are many “professional victims” who have little sense of identity outside of their victimhood.

If I were to summarize this article in three sentences, they would be:
[1] People who identify themselves as “victims” harbor excessive amounts of rage at other people, whom they perceive as “not victims”.
[2] In order psychologically to deal with this rage, these “victims” utilize defense mechanisms that enable them to harm others in socially acceptable ways, without accepting responsibility or suffering guilt, and without having to give up their status as “victims”.
[3] Gun owners are frequently the targets of professional victims because gun owners are willing and able to prevent their own victimization.

Thus the concept of “identity as victim” is essential. How and why do members of some groups choose to identify themselves as victims and teach their children to do the same? While it’s true that women, Jews, and African-Americans have historically been victimized, they now participate in American society on an equal basis. And other groups, most notably Asian-Americans, have been equally victimized, and yet have transcended the “eternal victim” mentality.

I would argue it’s because the basketball player and the physician believe that their identities are dependent on being victims – not because they have actually been victimized, but because they’re members of groups that claim victim status. Conversely, the disabled woman was probably raised to believe that she is responsible for her own success or failure.
In fact, many people who have been victims of actual violent crime, or who have survived war or civil strife, support the right of self-defense. The old saying is often correct: “A conservative is a liberal who has been mugged”. 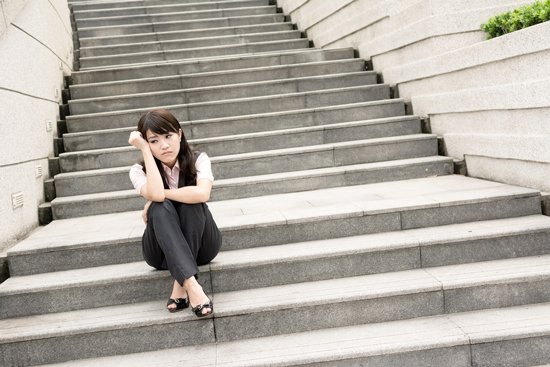 Two reasons for these groups to insist on “victim” status seem likely. First, by claiming victim status, members of these groups can demand (and get) special treatment through quotas, affirmative action, reparations, and other preferential treatment programs.

Second, these people have been indoctrinated to believe that there is no alternative to remaining a victim forever. Their leaders remind them constantly that they are mistreated in every imaginable way (most of them imaginary!), attribute every one of life’s misfortunes to “racism” or “sexism” or “hate crimes”, and dream up ever more complex schemes for special treatment and favors. These leaders are the ones who preach that the entire Black experience is slavery and racism, or that Jewish history before and after the Holocaust is irrelevant, or that happily married women are really victims of sexual slavery.

Likewise, the National Association for the Advancement of Colored People (NAACP) is suing firearms manufacturers to put them out of business, and is especially opposed to the inexpensive pistols that enable the poor to defend themselves in gang-ridden inner cities. The Department of Housing and Urban Development (HUD) proposed evicting anyone who dares to keep a tool of self-defense in any of its crime-infested housing projects. Jewish leaders, especially those in the politically correct “Reform” branch, preach that gun control is “a solemn religious obligation”, contrary to the teachings of their sacred scriptures and their own history. Law enforcement agencies falsely teach women that they are safest if they don’t resist rapists and robbers, while women’s organizations advocate gun control, thus rendering women and their children defenseless.

Victimhood is good business for organizations that foster victim status. As victims, the members depend upon the organization to protect them, and the organization in turn relies on members for funding and political power. In the interest of self-preservation, these organizations work hard at preserving hatred and bigotry and at keeping their members defenseless – and therefore dependent.

From my observations, pro-victimhood is a feature of all of the anti-gun special interest groups, not just the ones mentioned here. Every organization that supports gun control apparently wants its members to be helpless, terrified and totally dependent on someone else to control every aspect of their lives. It doesn’t matter whether it’s a religious, racial, ethnic, political, social, or charitable group. From Handgun Control Inc. to the Anti–Defamation League to the Million Mom March, they all want you to live in fear. In this scheme, soccer moms are “victims” just as much as are inner-city minorities.

If these organizations truly cared about the people for whom they claim to speak, they would encourage safe and responsible firearms ownership. They would help people to learn how to defend themselves and their families so that they wouldn’t have to live in fear. They would tell everyone that one of the wonderful things about being an American is that you have the right to keep and bear arms, the right to defend yourself, and how these rights preserve the right to be free.

The psychological price of being a victim

In our current society, victimhood has many perceived benefits, but there are some serious drawbacks. Victims tend to see the world as a scary and threatening place. They believe that others treat them differently, unfairly, and even maliciously – and that they are helpless to do anything about it. This belief, that they are being mistreated and are helpless to resist, generates tremendous rage, and often, serious depression.

But for victims to show rage openly can be dangerous, if not outright suicidal. For example, a battered woman who screams at or hits her attacker may provoke worse beatings or even her own murder. And a person who successfully defends himself loses his status as “victim”. For someone whose entire identity is dependent on being a victim, the loss of victim status is just as threatening as loss of life.

So, unable psychologically to cope with such rage, people who view themselves as victims:
– use defense mechanisms to displace it into irrational beliefs about neighbors killing each other, and the infallibility of police protection; and
– attempt to regain control by controlling gun owners, whom they wrongly perceive as “the enemy”.

Say NO to being a victim! 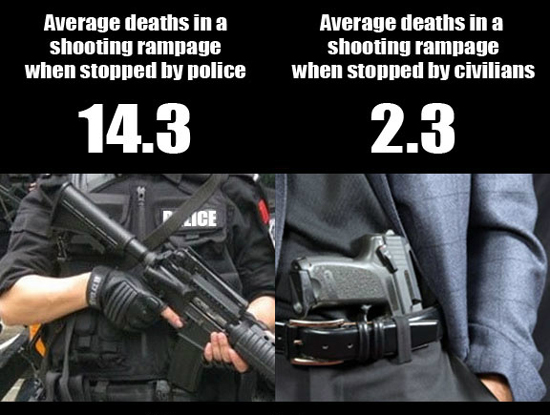 But no one needs to be a victim! Quite simply, it’s not very easy to victimize a person who owns and knows how to use a firearm. If most women owned and carried firearms, rapes and beating would decrease. Thugs who target the elderly and disabled would find honest work once they realized they were likely to be looking down the barrel of a pistol or shotgun. It’s nearly impossible to enslave, or herd into concentration camps large numbers of armed people.

How can you communicate more effectively with an anti-gun person who is using unhealthy defense mechanisms? There are no quick and easy answers. But there are a few things you should keep in mind.

Anger and attacks do not work

Most gun owners, when confronted by an anti-gun person, become angry and hostile. This is understandable, because gun owners increasingly face ridicule, persecution and discrimination. (If you don’t believe this, ask yourself if anyone would seriously introduce legislation to ban African-Americans, women, or Jews from post offices, schools, and churches. Even convicted felons aren’t banned from such places – but peaceful armed citizens are!) But an angry response is counterproductive.

It’s not helpful to attack the person you’re trying to persuade. Anything that makes him feel more fearful or angry will only intensify his defenses. Your goal is to help the person feel safe, and then to provide experiences and information that will help him to make informed decisions.

You should never try to break down a defense mechanism by force. Remember that defense mechanisms protect people from feelings they cannot handle, and if you take that protection away, you can cause serious psychological harm. And because defense mechanisms operate unconsciously, it won’t do any good to show an anti-gun person this article or to point out that he’s using defense mechanisms. Your goal is gently and gradually to help the person to have a more realistic and rational view of the world. This cannot be done in one hour or one day.

As you reach out to people in this way, you need to deal with both the illogical thought processes involved and the emotional reactions that anti-gun people have to firearms. When dealing with illogical thought processes, you are attempting to use reason and logic to convince the anti-gun person that his perception of other people and his perception of firearms are seriously inaccurate. The goal is to help him to understand that armed citizens and firearms are not threats, and may even save his life.

How to give a great oil massage at home