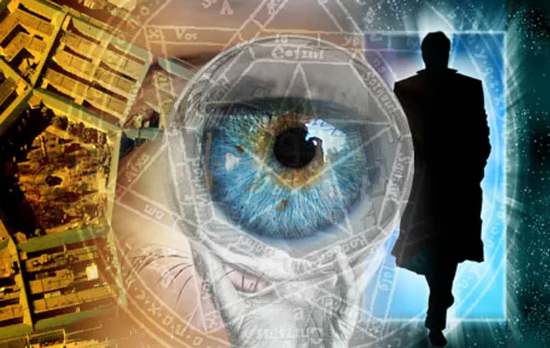 Have you ever had a vision of a place you’ve never seen before? If your inner sight took you to a rocket launcher by the Ural Sea or a laundromat in Rio, you might be a remote viewer. Remote viewers are people who can see distant locations with uncanny accuracy, “see” inside unopened boxes, and even know the personalities and appearance of strangers on other continents.

Not that long ago, the American government had their eyes on remote viewing applications, and not because then-President Jimmy Carter wanted to see inside his Christmas gifts early. In the midst of the Cold War, remote viewing offered a way to stay abreast of developments in the Soviet Union, without the visibility and cost of a satellite or risks of a manned spy plane. Even more compelling, overseas intelligence suggested that the Soviet Union had already invested heavily in their own remote viewing program. Desperate to keep a step ahead, the government launched a US Army unit called the Stargate Project in 1978. Until it was officially closed in 1995, the Stargate Project quietly tested remote viewing abilities at a contracted site, the Stanford Research Institution in Menlo Park, California.

As part of the Stargate Project, a number of established scientists, including physicists Harold Puthoff and Russell Targ, designed rigorous tests of remote viewing abilities. The remote viewers that they included in the study were asked to describe objects in closed cardboard boxes and give identifying details about a distant “target” site. Often, the remote viewers would describe whatever was presently happening at the site (“I see a crane… a red building with a steep roof… some airplanes…”), but some also reported channeling visions of past and future events at the target location. Many of the initial experiments were promising and funding poured in from above. The high hopes of the time are nicely summed up by congressman Charles Rose, speaking in 1979: “Some of the intelligence people I’ve talked to know that remote viewing works, although they still block further research on it, since they claim it is not yet as good as satellite photography. But it seems to me it would be a hell of a cheap radar system. And if the Russians have it and we don’t, we are in serious trouble.”

A project with quirks

So why didn’t Representative Rose’s vision pan out? The results of the Stargate Project were contentious, to say the least. Some investigators and members of the CIA were quite impressed with the dazzling accuracy of the remote viewers, but others were unconvinced. When the project was closed down in 1995, a panel of two scientists wrote a report summarizing the findings. Their interpretations diverged dramatically – one recommended closing the project for its uselessness, the other offered the same recommendation, but on the grounds that Stargate had more than accomplished its primary objective.

Dr. Jessica Utts, a statistician, argued that the statistical evidence for the existence of psychic ability was perfectly clear from the results, and concluded that, had the same levels of success been demonstrated in a clinical trial for a medication, it would have been deemed effective. She suggested that these very real abilities, to view distant sites remotely and predict future occurrences, may be a sense that is yet uncharacterized by scientific research. The other reviewer, psychology professor Dr. Ray Hyman, was far more skeptical. Though he could not identify a methodological failing of the experiments, he argued that without replication by an independent team of researchers, he wasn’t sold on Dr. Utts’ conclusions.

Indeed, the design of the Stargate project is unusual. Most scientific research goes through a system of peer review and careful, well-publicized controls, but for the sake of national security the Stargate experiments didn’t follow the standard protocol. The only non-government scientists that assessed the quality of the experiments were Drs. Utts and Hyman, who were only invited to critique the studies as Stargate closed. There’s another even more damning pitfall, and that’s access to the raw data. As the head “gatekeeper”, investigator Edwin May had unfettered access to the results of the remote viewing tests, which has cast some suspicion of tampering. Additionally, it’s entirely unclear how to best “score” a remote viewing – how do you measure the accuracy of a reported scene?

For example, let’s go back to the scenario of Jimmy Carter peeking on his holiday gifts with the help of remote viewers. Say the viewers are presented with a wrapped box containing a pair of green and red striped socks adorned with jingle bells at the toes (a gift from the United Nations, perhaps). One viewer describes the socks perfectly down the silver bells but also, incorrectly, visualizes a lump of coal. A second viewer puts forth the rather nebulous description: “It’s green and red… and fuzzy…” So who was more correct? The viewer who got one dazzling slam-dunk of a prediction, and also a totally wrong one, or the viewer who was vague but all around on target? There is no definitive answer, and every scientific study must decide its own scoring metric to be used consistently.

In the Stargate Project, much of the remote viewing results were interpreted and scored by Edwin May alone, which means his personal biases and agenda weren’t controlled for. The bottom line is, the Stargate experiments don’t follow many conventions of mainstream science, and they’re unlikely to be accepted by the larger scientific community as proof of remote viewing.

The legacy of Stargate

Some of the major scientific investigators involved in Stargate left totally convinced of the validity and usefulness of remote viewing, yet the program is (to public knowledge) permanently shut down. What went wrong? Perhaps if the Stargate experiments had been more transparent, a more convincing case could be made for the project. The quirks of the scientific design and data accessibility suggest that the results are unreliable: psychic abilities may have exceeded the levels reported, just as it’s possible they fell short. But even if the Stargate experiments followed an airtight investigation protocol, psychic abilities might still defy measurement by their nature. All that’s certain is, if there could ever be a true scientific test of remote viewing, Stargate isn’t it.

Perhaps that’s for the best – had Edwin May presented the CIA with a viable psychic battalion, would he have ushered in a new age of supernatural warfare? Would the world be ready (the Geneva Convention certainly isn’t)? It’s unclear how willing Stargate’s psychics would have been to offer their gifts to government intelligence agencies as weapons. The potential to overwork and overstress psychics under the pressure of armed conflict also seems eminent. Just as sight and sound waver during a panic, would a psychic struggle to maintain clarity, knowing lives depend on their reading?

For now, remote viewing, just like clairvoyance, telekinesis, and psychokinesis, remains an unsolved mystery as far as the American government is concerned.

ICC crime of aggression comes into effect without key signatures