Revisiting the Vietnam era: are Soros and the Deep State updating an old Psyop to depose Trump? (2)

The most hardcore counterculture figure in the music scene was probably Frank Zappa. His father was a chemical warfare specialist assigned to the Edgewood Arsenal, in whose military facilities the family lived for a number of years. Frank Zappa’s wife Gail was the daughter of a Navy nuclear weapons research specialist, and she herself had worked as a secretary in the Office of Naval Research and Development. 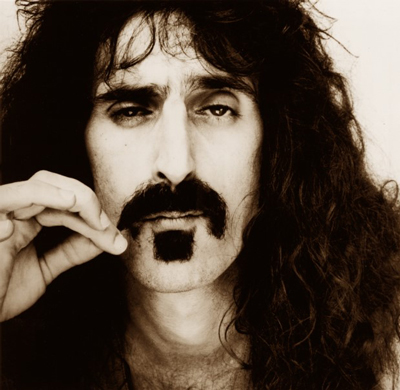 Read McGowan’s book for similar details on the various other Laurel Canyon bands (and click here to read how the “Wrecking Crew” actually played the instruments on so many of the great songs). While there may have been exceptions, I don’t believe all these rockers were simply “rebelling against their parents” any more than David Rockefeller, Jr. was when he published The Real Paper.

As McGowan observes, if the establishment (“the Man”) had really opposed these bands, how did they land recording contracts with major labels, and why were their performances showcased on mainstream radio and TV stations across the country? Why weren’t they marginalized, and forced to languish performing as unknowns in coffee houses? When Edwin Starr’s “War” hit the top of the charts in the summer of 1970, I used to blast it out the windows of our hippie house on Franklin Street in Cambridge, Mass. No way these songs made it onto mainstream airwaves without “the Man’s” consent.

The same held true for Hollywood and even Broadway. Anti-war, counterculture productions, from Easy Rider to Hair, were featured in theaters. Yet during the entire course of the Vietnam War (1961-1975), just one major film was made sympathetic to the war effort. John Wayne’s furiously protested Green Berets, which only got produced because of Wayne’s personal determination, coupled with the pull he still maintained in Hollywood. Compare that to World War II, during which Hollywood produced scores of pro-war films over a span of four years. Indeed, pro-war movies about World War II continued unabated throughout the Vietnam period, without a peep of protest. No one seemed to notice the contradiction.

Sixties movies portrayed the military of the forties as valorous and virtuous, but the current U.S. military as autocratic and paranoid – Seven Days in May, The Bedford Incident, and who could forget General Jack Ripper launching a first strike on the Soviet Union in Dr. Strangelove?

Television got in on the act, debuting All in the Family in 1971, typecasting Archie Bunker as a bigoted, knuckleheaded patriot. Watch “hawk” Archie rail against gun control while his “dove” son-in-law – and canned laughter – cue the audience on how to react.

The same pattern held for the mainstream news media, which portrayed the war in Vietnam as negatively as possible, from inventing Vietcong victories to hyper-publicizing American atrocities such as the My Lai massacre. On the home front, their cameras were always focused on the protests. In 1984-85, Accuracy in Media produced a documentary, Television’s Vietnam, which, especially in Part II, busted the MSM’s misrepresentations of the war. Since the film has been flushed down one of Orwell’s memory holes, I sent a VHS copy to my friend at Federal Expression for a YouTube upload. It’s long, and watching is not essential to this post, but I have embedded Part II below for reference.

None of the attacks bothered the Deep State in Washington. They had no intention of winning the war, for, as Orwell has been paraphrased, “The war is not meant to be won, it is meant to be continuous.” The Vietnam War was orchestrated by an elite inner circle of globalists who were not interested in defeating communism. They guaranteed that U.S. victory in Vietnam would be unachievable by imposing severe limitations on the military (“the Rules of Engagement”) that were without historical precedent. (Note: General Ripper was actually right, war should be left to generals, not politicians; his ridiculous character was put on display in 1964, same year as Tonkin Gulf – to help ensure the public would approve CFR bureaucrats running the Vietnam War instead of West Point graduates.)

The Talmudic Zionists at the top of the Illuminati pyramid had funded communism from the beginning, which is why the Korean War (intended to validate the UN as peace-keeper) and Vietnam were the first wars America fought where victory was forbidden.

And what was their purpose in Vietnam? Aside from lesser motives (such as elimination of the draft, a move necessary to transform the military into an international police force – difficult to do with scruples-minded draftees in the ranks – and the usual weapons profiteering), the war was used to create a national divide. Americans faced a catch-22: they could either be “doves” and join the Rockefeller-backed, drugged-up hippies; or they could be scorned as “hawks” in the ranks of Nixon’s “Silent Majority,” favoring a war rigged to be lost.

In reality, the Deep State was deceiving both sides, though few people knew the Deep State even existed. But in the great national struggle over Vietnam, one side would wind up on top. The winner was predictable from who was universally favored by Hollywood, the music industry, and the rest of mainstream media: the “doves.” When all will power to continue the war had been inevitably exhausted, and the U.S. withdrew from Vietnam, the doves could shout: “We told you so!”

While communism was allowed to win militarily in Vietnam, in America cultural Marxism won. We were changed from a “Leave It to Beaver” society to a Woodstock society. It hadn’t been just about Vietnam. A sweeping assault had been launched on the nation’s core Christian values, as sexual liberation – previously known as “immorality” – infected American youth, along with getting high on drugs. And having been defeated by “invincible” communism, many of my generation became political leftists, in a variation on Stockholm Syndrome.

This opened a Pandora’s Box, as a host of other counterculture agendas were piggybacked onto the antiwar movement: feminism (feminist pioneer Gloria Steinem worked for the CIA), the gay movement, the pro-abortion movement, finally morphing into today’s transgenderism, pedophilia, and open Satanism.

After Trump was elected, America became a huge and emotional national divide for the first time since the Vietnam War. Once again, it is funded by billionaires and inflamed by the media. As I have watched rioters fill the streets, I’m reminded of my youth. And I ask: Where were all the protesters when Bush and Obama were bombing Iraq, Libya and Syria?

At least the hippies of the sixties had something of substance to protest: a war. Today’s demonstrators rail against shadows: the fact that their candidate lost (“not my President”). A comment Trump made about women in a locker room twelve years ago (while Bill Clinton’s rapes remain ignored). And a faux label of “racist”. 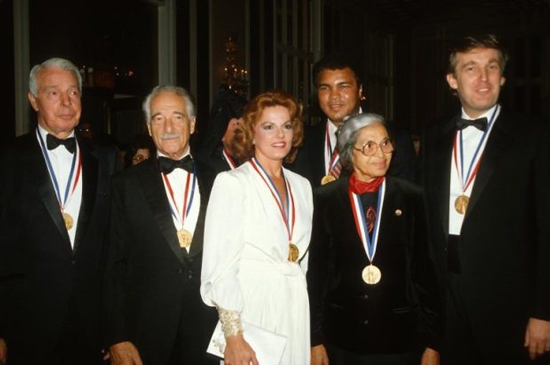 1986: Trump stands alongside Rosa Parks and Muhammad Ali after they received the Ellis Island Medal of Honor, an award given in “celebration of patriotism, tolerance, brotherhood and diversity.”

As in the hippie era, Hollywood and the music industry are partaking, with Meryl Streep bashing Trump at the Golden Globe Awards, Madonna saying she’s thought about blowing up the White House, and Sarah Silverman calling for military overthrow of the government.

It wouldn’t surprise me if we soon saw a television remake of All in the Family, with a new Archie Bunker as a Trump “deplorable”.

Steele warns that the riots might include “staged shootings by white paramilitary operatives.” Such a scenario could be guided into full-blown nationwide race riots, and advance the already overgrown police state.

The Federal Reserve, a congenital organ of the Deep State, could pour gasoline on the flames. The Fed, which has been holding off a dollar collapse for years through quantitative easing, could tighten the money supply and crash the markets. Such a collapse would of course be blamed on Trump. Like the doves at the close of the Vietnam War, Hillary supporters would bark: “We told you so!”

With the nation in political and economic chaos, CNN’s pundits would proclaim that Trump must abdicate “for the good of the country” – a call that would be echoed by the usual GOP sellouts like John McCain and Paul Ryan. All this could happen without Trump doing one thing to provoke it. And if he didn’t step down, impeachment would be called for, as some Democrats were trying to do through several means, including initiation of an “Impeach Trump Leadership PAC.”

Think it couldn’t happen? Let’s remember the crescendo that capped the hippie era. Richard Nixon’s resignation over erasing a lousy 18 minutes of tape. Gerald Ford then became unelected President, and named as his Vice President, Nelson Rockefeller. If Gerald hadn’t dodged the assassination attempts of Squeaky Fromme and Sara Jane Moore, a Rockefeller would have become President without receiving a single vote. 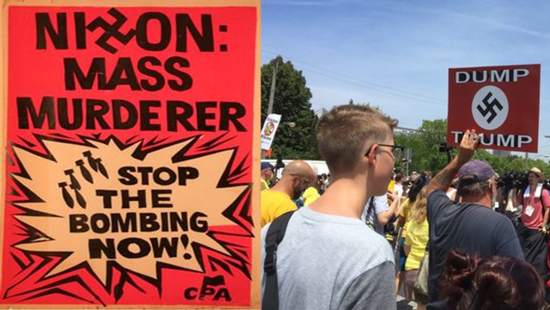 The 2016 election represented an unprecedented David-Goliath victory of alternative media over mainstream media. Americans should keep that victory going. What Americans are witnessing in the scathing attacks on Trump and “fake news” is payback. But as the Bible says of the devil, “He is filled with fury, because he knows that his time is short.” (Revelation 12:12)