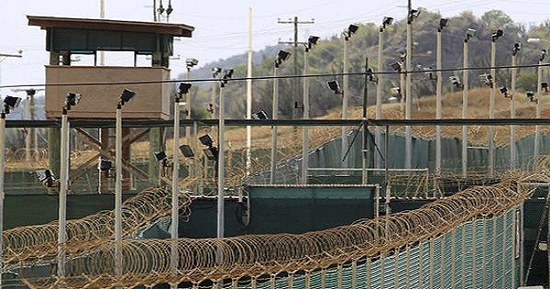 If you’ve been on social media at all in June (2016), chances are you’ve seen the report about FEMA activating and sending its entire Civilian Corps to Atlanta for training, which means that something big is about to go down in the United States. You can be sure whatever it is, it’s not good.

Why? Because FEMA people are a lot like U.N. troops being somewhere… they’re only there because either:
1) There is massive violence and the sovereign government cannot handle it alone; OR
2) There’s about to be. You never see U.N. troops stationed at lovely vacation destinations, do you?

That ought to make a person wonder why there are so many U.N. troops on U.S. soil, and why they’ve been conducting massive military operations there for over a year… but we’ll get to that later. For now, if you haven’t heard about the FEMA Civilian Corp being activated, the following video will give you a brief summary.

What could FEMA possibly be up to? Several stories jump out immediately as potentially being part of a much larger narrative.

At least four national “storms” brewing in July looked like they could have been making their way toward converging into one massive “storm”, which would have equaled “national state of emergency”, which is when FEMA gets called in.
So at least four storms could have easily been the reason FEMA activated and sent its entire Civilian Corps to Atlanta for training. Those were:
1. A looming natural disaster (i.e. earthquake);
2. FEMA CAMPS needed because of a massive outbreak of tuberculosis or whatever other diseases are coming in thanks to Obama’s DHS bus service;
3. Economic Collapse;
4. Martial Law resulting from civil unrest and rioting related to the 2016 election process, economic collapse, Obama’s gun grab, or anything else already mentioned…

When the timeline is looked at collectively, there are dozens and dozens of stories, from just as many authors, from just as many news sources. Here’s some food for thought though: the media has reported virtually NONE of this, because they are as much a part of the problem. So focus your attention on the several dozen items that are spot on, and ask yourself why the media is deliberately not covering any of it, when the stories are absolutely major news, and should terrify any sane person as to why they are being kept in the dark! Just a thought for you!

The gentleman onscreen in the video below says that a secret Emergency FEMA meeting took place the second week in April (2016) as a result of a critical mistake made by the U.S. government while conducting underground military operations. He says at the meeting were scientists, seismologists, geologists, and other experts who analyzed what they referred to as the potential for a “major separation of land mass” (whatever that is) as a result of the “mistake”.

The same experts allegedly said the “major separation of land mass” would be the ongoing cause of a “major strain” along a fault line in the months and years to come, and that the end result will wreak havoc on the Earth. The “mistake” was apparently a pretty big one. Allegedly the experts warned that we should expect an escalation in natural disasters like never before in history, giving way to unpredictable and unusual weather patterns, and what they called “swarms of earthquake activity”.

As a result of this activity, the scientists are very concerned about losing critical infrastructure… things like water, electric, sanitation, some municipalities may even be in danger of being lost completely, and that’s just the beginning. Since most of what the gentleman in the video above says is hearsay, because he wasn’t allowed to participate in the alleged meeting, there is another video (2 hours) where a Sgt. Pattie L. Brassard and Sgt. Daniel Brad MacBolen analyze what the gentleman above says using high tech satellites. The video can be very dry, but well worth the two hours. They are able to confirm virtually every word he says.

This post is the first of quite a few dealing with the number of Obama’s refugees that are infected with one of the deadliest diseases known to man: Tuberculosis. In a report from 2015, at least three states have massive refugee outbreaks, Vermont being the worst with HALF of them being infected. The number of states has since grown.

In the following video, Alex Jones reveals that in a memo obtained by government watchdog Judicial Watch following a lawsuit against the Department of Homeland Security over a Freedom of Information Act request, a high-level government official urged employees to assume a large number of detained Unaccompanied Children (UACs) at the southwest border had tuberculosis.

As proof dollar will no longer be the Reserve Currency, just look at the last ten years. Countries are already moving away from the dollar as fast as they can without U.S. warships threatening attack for doing so. Ten years ago roughly 75% of global trade was done in U.S. dollars. Today, that number is only 35% and dropping like a rock. The day is fast approaching when the U.S. loses status as the Reserve Currency, and when that happens it will disrupt the U.S. supply chain. The U.S. imports 50% percent of Americans’ food today, so when they find themselves with a worthless dollar, nowhere to borrow more money from, and the printing press that they’ve been able to use for the last 70 years as the World Reserve Currency gone… that is when you can expect to see people hurting each other for food in America.

When the dollar finally does collapse, there will be a need for Martial Law, and a need for FEMA Camps. Why then was it barely mentioned by U.S. media when one of the wealthiest men on Earth who has made his money trading currencies and sometimes referred to as “The Currency Killer” wells off 37% of his stock to buy gold and gold stocks? The only reason someone would load up on a ton of gold, especially someone named the “The Currency Killer” is if they are expecting the U.S. dollar to collapse!

And now related to the forth reason mentioned before for which the FEMA Camps are getting ready, the video below shows cargo trains transporting not only hundreds and hundreds of military vehicles, but also armored tanks.

While many people would like to dismiss this immediately as some type of “standard” transfer, or isolated cases, unfortunately there have been several things going on simultaneously that give rise to concern:
1. These are far from being isolated events – video have been pouring in from all over the country about similar movements;
2. There has been a steady uptick in violence at political events in the election season. There have even been groups promising to cause the largest riots and civil disobedience in this nation’s history after Donald Trump got elected President. It’s worth noting that those same groups have the financial backing of billionaire George Soros;
3. There have been countless leaks discussing preparations and plans already in place by the Pentagon for Martial Law;
4. With increasing talk of the collapse of the U.S. dollar, that alone would cause the need to prepare the military for massive unrest at home. With virtually all roads seeming leading to Martial Law, the need for properly positioned military is obvious.

Moreover, George Soros used movements like Black Lives Matter in his Plan to Escalate Chaos to force the implementation of the Martial Law in the US. One of the lead activists for Black Lives Matter had a Twitter account hacked, and in personal messages to other members claims he has even been in direct contact with Loretta Lynch, Attorney General of the United States in the last Obama mandate.

On May 31, 2016, Obama took time out of his extremely busy schedule to deliver an address at the FEMA National Response Coordination Center in Washington where he made a point to stress that Americans who are not preparing for disaster, or who do not have emergency evacuation plans for any given scenario, could find themselves in big trouble in the near future.

Did Obama know something the rest of us didn’t? Consider some of the scenarios Americans should still be bracing for in 2017: a disastrous earthquake; a tsunami on either the east or west coasts; a meteor impact; terrorism; war; an electromagnetic pulse burst that can take down the power grid; cyber warfare; economic collapse, or civil unrest resulting in the imposition martial law. If only that was all. The Americans are also supposed to be on alert for the possibility of a major volcanic eruption, or the possibility of a natural or engineered pandemic. 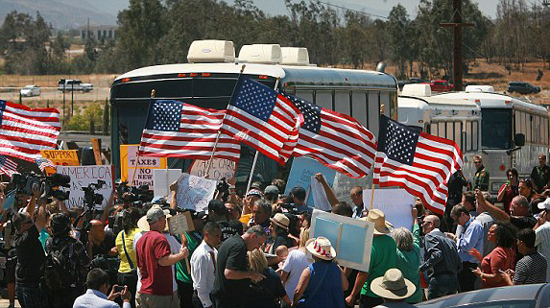 Do you remember the story in the summer of 2016 that the U.S. was bringing in way more Muslims than most Americans realize through legal channels such as the United Nations refugee program and various visa programs? Reports surfaced indicating Obama had also set up a pipeline using DHS busses along the southern border to help the illegals get into the country. Under Obama, the federal agency whose job is to protect the U.S. homeland is the very agency that was putting the Americans at the most risk, considering that many of the refugees were infected with tuberculosis.

It’s also been reported Obama has been sneaking in 100,000 Muslims a year under the cover of night on converted UPS planes. Are the camps being built across southern states for this massive influx of refugees, the diseases they carry, the civil unrest caused when Americans realize what is happening, or when members of ISIS come in with these groups and detonate a weapon of mass destruction? Either way, why were these people being chauffeured into America?

Approximately 20,000 members of various branches of law enforcement and military personnel (including the National Guard) conducted a massive training exercise preparing for what they say “could” be the largest natural disaster in America’s history in June 2016. The massive “exercise” was designed to test the readiness level of all first responders as well as various levels of government.