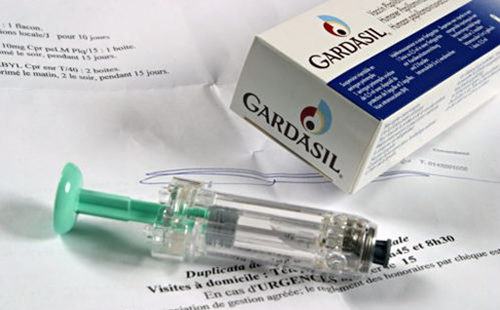 Ireland introduced the HPV Gardasil vaccine to teenage girls in 2010. It didn’t take long for parents to begin recognizing the severe adverse reactions that soon followed. As the numbers grew, it was clear a support group and activism was needed to assist families in their search for answers – REGRET was formed soon after to meet such needs.

Fast forwarding to present day, Irish mainstream media and a handful of aware, courageous politicians have taken up the call to spotlight the truth and search for answers. Behind the push at every turn are the members of REGRET. Unlike American media, who has a running blackout of any and all unfavorable vaccine-related reporting, Irish journalists appear to have more autonomy to tackle the hard questions with real investigation. Months of radio, television, and publications running stories about growing numbers of Irish teenage girls enduring severe adverse reactions directly after their Gardasil injections has culminated to the documentary titled Cervical Cancer Vaccine: Is it safe?. Aired on mainstream television, the documentary has Ireland buzzing. The country is now awake and staring at the realization that their healthcare system coupled with political apathy and incompetence may have allowed this continued damage to occur straight through to today.

The documentary follows four teenage girls and their families as they struggle to find answers within an Irish health care system with few to offer. The stories told directly from the girls and their parents show glaring similarities not only in symptoms and timelines of injuries after the Gardasil vaccine, but also in raw emotions and frustration.

When asked if she ever has had a day with energy and no pain since the severe adverse reaction from the Gardasil shot, Kelly Power, one of the four girls the documentary centers around commented: “No. I take a lot of pain killers. The pain killers are really bad on my stomach. I’m prescribed more than 240 a month. I try to take them as little as I can but I do need something for the pain.”

Another girl featured in the documentary was Abby Colohan. Receiving two shots in each arm at school, Abby’s severe adverse reaction to the Gardasil vaccine began immediately after injection. Her father was called by the school to come pick her up and bring her home. Abby’s mother describes the scene: “She arrived home and I just couldn’t believe what came through the door. It was a completely different child than the one who went to school that morning. She wasn’t able to speak. She was a funny color, like a purple-grey color. Her eyes were dilated, you could barely see the whites. Her joints, her wrists, her elbows and her knees were swollen and stiff. She had this terrible twitching, this jerking thing.”

Ireland now joins scores of other countries that are sounding the alarm. Parents in several countries know something is not right and they are all collectively making noise in their own ways now. The Irish documentary was the third international documentary created in a short time centering directly around HPV vaccine damage. Cervical Cancer Vaccine: Is it safe? acknowledges the May 2015 documentary out of Denmark titled De Vaccinerede Piger (The Vaccinated Girls) by commenting: “Denmark is one of the many countries where Gardasil has proven controversial. This documentary told a story remarkably similar to the one in Ireland and elsewhere. Girls whose lives are in ruin, parents who want answers, and doctors who can’t provide them.”

The HPV vaccine comes in three different forms: Gardasil, Gardasil 9, and Cervarix. All three have at least one commonality – whatever country the shots are introduced in, sees parents rise up to protest the injury the vaccine is causing to their girls. The complaints, activism, and whistleblowers are rapidly piling up against not only the safety of the shots, but also the inability of individual country’s medical systems to respond rationally and appropriately to the influx of severe adverse events.