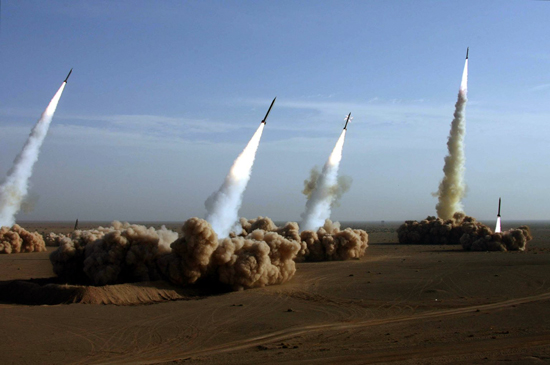 Seeming to be following the grave advice of the President Ronald Reagan administration’s, former Assistant Secretary of the US Treasury Paul Roberts, who warned “if the Russian government is realistic, it will expect an incoming nuclear ICBM strike”, the Ministry of Defense (MoD) was reporting in the Kremlin in March that its High Command of Aerospace Forces (AF) had placed over 10,000 of its nuclear missile forces on its “highest combat alert” status, and who have placed all of Russia’s nuclear missiles into the dreaded mode of “Dead Hand” which automatically launches this entire atomic arsenal in a doomsday-like barrage.

As former British MI6 intelligence operative Christopher Steele was nearing criminal prosecution in the United States for lying to US federal prosecutors about the totally fabricated “Trump-Russia Dossier”, both the British government and their intelligence services, terrified about Steele’s admitting the UK’s nefarious role in aiding the American shadow government “Deep State” in staging a coup against President Trump.

British Prime Minister Theresa May was intensifying the crisis with her announcing her nation’s “Fusion Doctrine” war plan against Russia, and was joining her previous threat to use nuclear weapons against Russia. “Deep State” supporters were hailing the “Full Cold War” she was starting.

In a further warning to the Western warmongers, Chief of the General Staff General Valery Gerasimov has outlined what the enemies of Russia will soon be facing, and stated: “The objects of the economy and the state administration of the enemy will be subject to immediate destruction, in addition to the traditional spheres of armed struggle, the information sphere and space will be actively involved too.ˮ

Known as the “Gerasimov Doctrine”, Russia’s chaos theory of political warfare was seeking to stop the outbreak of armed conflict before it even started, but with London that was launching their vile campaign to stir up confrontation on Russia’s borders, it was countered by an overwhelming attack. Even the prestigious American defense think tank Rand Corporation was warning that “NATO would be overwhelmed by superior Russian firepower in the event of war in Eastern Europe, despite years of trying to strengthen its forces in the region”.

Unknown to the average Westerner, once Russian military forces have overwhelmed Europe, US and NATO forces would be without air support for “several weeks” as Russia’s advanced anti-aircraft systems would close all European airspace to NATO warplanes – thus creating what the “Gerasimov Doctrine” calls a “crystallization of the conflict” – that is, in essence, a cooling off period between the combatants to decide if nuclear weapons will be used, or peace can be established. 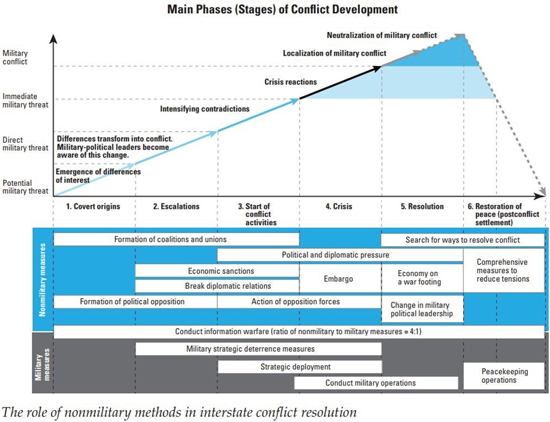 With the world being “on the verge of nuclear war”, General Gerasimov was moving Russian military forces to their “crisis reaction” stage by ordering the first flights since Soviet times of strategic military aircraft over the North Pole to North American shores.

If a Western (most likely American) first strike nuclear attack on Russia would have been fired, they would have seen the Russian “Dead Hand” device being activated to fire all of Russia’s nuclear missiles at once and that would have come, most certainly, as a surprise to US military forces who were astoundingly being trained to fight Russia with comic books – as this world couldn’t get any more bizarre than it already is. 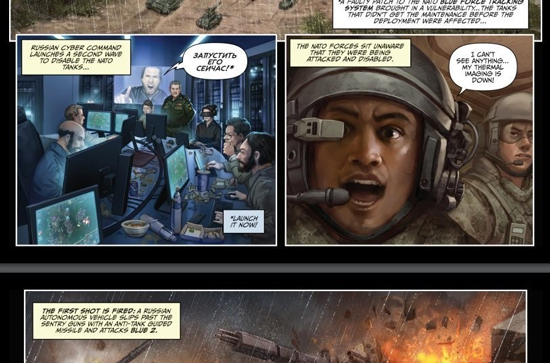