Science Confirms That Dogs Can Recognize a Bad Person 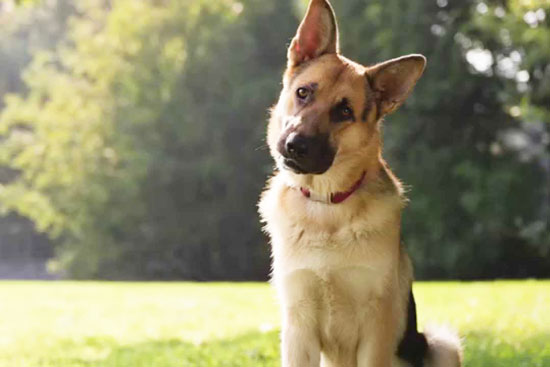 How smart do you believe your dog is? If you believe he or she is capable of seeing through a person upon first impression, to tell whether they are trustworthy or not, you are correct.

A couple years ago, a study was published by Akiko Takaoka of Kyoto University in Japan, confirming this intuitively known thing: a dog can very often tell a person is untrustworthy even if you don’t know it for certain.
Canines are extremely intelligent, socially aware creatures and it is no wonder why they are known as man’s best friend.

Many studies, in fact, have tangibly proven that canines can accurately sense human emotions, even ones that other human beings cannot easily pick up on. This recent research reveals the fact that dogs actually can tell the difference between happy and angry faces even to a minute detail, and they have the distinct ability to detect jealousy.

Now, it is known for certain in the scientific community that a dog can detect when a person is not trustworthy. Once a dog has determined they are unreliable, there are cues they give.

For years, it has clearly been understood that dogs understand the meaning of a human pointing at something, gesturing at something. If the owner of a dog gives the animal a cue, and points to something such as a plate of food, or a bone, or a ball, the dog can decide to run and go explore the location that the person pointed to. They might point their head in that direction, so they clearly understand.

Now, it is known that a dog can quickly pick up on whether or not these cues are actually misleading. If you do a gesture too many times at a dog and nothing happens, they will obviously think it is a meaningless gesture.

In the study published in a journal called Animal Cognition, the team led by Akiko Takaoka chose 34 dogs, to train with “three rounds of pointing”.

In round number one, the researchers gave accurate, true gestures toward where food was hiding inside of a container. In the second round, however, they gave a misleading gesture and pointed to an empty container with no food inside it.
In the third round of experiments, the same experimenter again gestured toward the container which did in fact contain food again.

However, because the container at one time did not have food, the dog didn’t respond to the cue. This test seems so basic and easily repeatable, it’s amazing that anybody even thought this was groundbreaking. This was absolute common sense.
After these three rounds of experimentation, a new experimenter was introduced, who repeated the experiment. Once again, at the first round the dog responded and found the food.

Takaoka found the same result again, and decided that she was surprised that the dogs actually “devalued the reliability of a human” so swiftly.
“Dogs have more sophisticated social intelligence than we thought. This social intelligence evolved selectively in their long life history with humans,” the research concluded.

Next, she wants to do an experiment to test this behavior with close relatives of dogs, wolves. Then, this would seem to reveal what effect domestication had on the social intelligence of canines.

According to the BBC, having unpredictable things happen is basically bad for the mind of a dog. Their article reports: “As soon as events in their lives become irregular, they will look for alternative things to do.

And if they consistently don’t know what’s going to happen next, they can get stressed, aggressive or fearful. Dogs whose owners are inconsistent to them often have behavioral disorders.”

While some would argue that all of this is common sense, if you want it from official sounding people, take it from Brian Hare, chief scientific officer at something called Dognition.
“They evaluate the information we give them based in part on how reliable it is in helping them accomplish their goals. Many family dogs, for instance, will ignore your gesture when you point incorrectly and use their memory to find a hidden treat” he said.

Everybody needs a dog: pets are an essential part of the household, and it’s a shame that poverty traps people in apartments and places that are no longer friendly to dogs.
The world really does need to be friendlier to dogs, and, why not, cats as well. Why not, all animals. They might as well be pure happiness if you have an open heart.