Scientists have discovered four new types of blood cells using new genetic techniques. These cells play a role in our body’s immune system and how it fights off invaders. Despite the classification, researchers still do not know the exact function of these newly discovered subtypes. 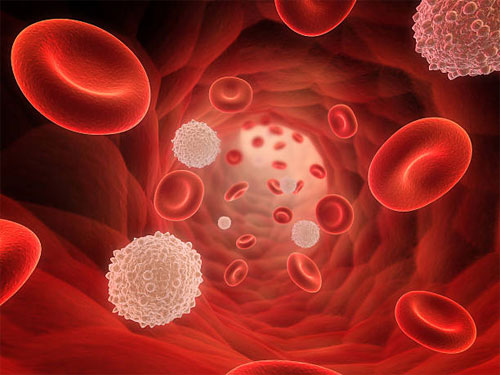 Traditional methods identified blood cells by analyzing various protein markings on the surface of the cells. However, this technique often overlooked rarer or more difficult to identify types of cells. Researchers from the Massachusetts Institute of Technology, aided by the Wellcome Trust, used a sequencing method called single-cell genomics which evaluates microbial organisms on a more defined scale. Through this method, researchers were able to isolate two new types of dendritic cells and two new types of monocyte cells. All of these cells play a crucial role in the immune system.

Monocyte cells, on the other hand, are the largest types of white blood cell and can evolve into macrophages. These units go to the site of the infection and digest the pathogens, removing them from the body.
Both dendritic and monocyte units are labelled as white blood cells.

Divva Shah of Wellcome’s Infection and Immunobiology team says: “Two important white blood cell types in our bodies help defend us from infection — dendritic cells and monocytes. In this study, scientists have used cutting-edge technologies to find that there are many more types of cell than we originally thought. The next step is to find out what each of these cell types do in our immune system, both when we’re health and during disease.”

This recent study, which was published in Science, is part of the Human Cell Atlas initiative which aims to create a comprehensive reference map of all human cells to help diagnose, monitor, and treat various diseases.

Prevention of disease through a complete understanding of cell biology

The British Society for Cell Biology wrote a compelling argument on their website as to why understanding cell biology is so important for the treatment of disease. They stated that disorders such as meningitis, malaria, diabetes, cystic fibrosis, and even Alzheimer’s disease can be linked to malfunctions or abnormalities on a cellular level. By understanding the underlying mechanics of disease, people can lessen their chances of getting sick.

“Eventually it will be possible to produce a ‘health forecast’ by analysing your database of genetic and cell information. Using this, you will be able to take more control over your health in a preventive way,” the article claims.

The discovery of these new blood cells could potentially indicate an improved understanding of how our bodies work. Scientists have united under the school of thought that treatment of disease should not be based on addressing symptomatic responses but at the root cause. A description of Cell Biology and Human Health on the Yale School of Medicine website reads: “with the elucidation of the human genome, we have greatly enhanced our potential for pinpointing the molecular aberrations responsible for even genetically complex diseases.” The school adds that while not all diseases are genetically-based, understanding expression patterns (and, in turn, how our body responds to them with the appearance of white blood cells, for example) can pave the way to better therapeutic options.