You have probably heard of superfoods like garlic, ginger, and turmeric. But there are many other foods and medicinal plants with powerful healing properties that are far from popular.

Medicinal mushrooms are excellent means of improving vitality and restoring the body to a healthy balance. In particular, the extract from chaga mushroom (Inonotus obliguus) is a rich source of antioxidants. 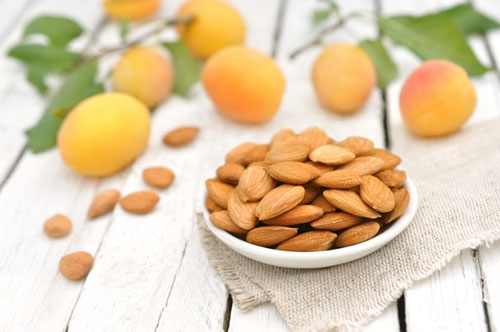 Chaga extract is also a potent anti-cancer agent. It suppresses the growth of cancer cells and even kills these tumorous cells. It also shields the DNA of cells and boosts the immune system.

Russians use chaga as a medicinal plant. It is often integrated with extracts from the birch tree that it often grows on. Another way to improve its effects is to take it with its more well-known fellow superfood ginseng.

Almonds and apricots fight cancer together

On their own, almonds and apricots are nutritious enough. But when taken together, the benefits they bring to your health massively increase. This nut-and-fruit combination is described to be “magical.”

Traditional Chinese medicine prescribes almonds and apricots be taken together. The combination is considered to possess anticancer properties.
It is also associated with longevity, being the frequent snack of some of the oldest people in the world. It also encourages elimination, which helps cleanse the bowels.

The two superfoods are best consumed as they are, instead of being taken as extracts. Traditional Chinese medicine stresses that almonds and apricots achieve their best effects if they go through the natural digestion process in the stomach.

Fenugreek is a plant whose seeds are tiny and taste bitter. Once they are mildly toasted, the flavor takes on a different aroma and pungency.
The toasted seeds are consumed by people who are having trouble with their digestion. They are also taken by nursing mothers who need to produce more milk for their babies.

It turns out that these seeds are packed with phytoestrogens, the plant equivalent to estrogen. One of these phytoestrogens, diosgenin, may be responsible for the increase in milk production. The phytoestrogens work very fast, taking only one to three days before their effects kick in.

Researchers believe that fenugreek’s positive effect on milk production stems from its ability to increase the efficiency of sweat glands. The general scientific consensus is that the mammary glands are a highly evolved form of sweat gland, so anything that improves sweat production would also increase the output of milk.

Basking in the four natural elements

The four elements – earth, fire, wind, water – are not food in the strict sense of the word. But increasing your exposure to nature is one of the best ways to strengthen and heal yourself.

Fire is represented by sunlight. It is not just about synthesizing vitamin D. It involves many minute regenerative processes that activate when natural light bathes your skin.

Water calls for the purest and cleanest of drinking water. Fast for at least 16 hours, one day, or two days per week, consuming nothing but water.

Air involves taking in great big gulps of clean air. Visit the nearest place with plenty of nature, such as a park, or a beach, or the top of a mountain.

Last but not least, take off your shoes – or slip into cotton-soled ones – and walk on bare soil. Let the natural electromagnetic field of the Earth stimulate your own energy field.

The Perilous Path Towards Awakening (5)