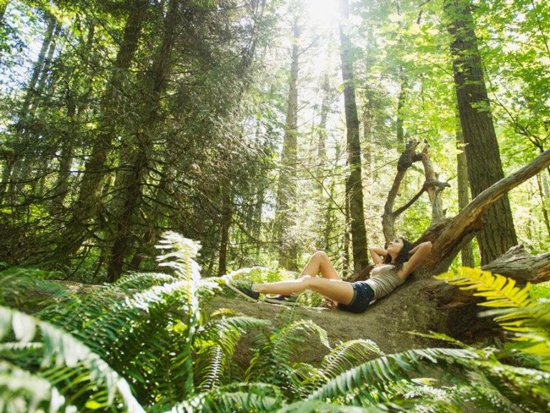 There’s a growing body of evidence that shows that being surrounded by the sights and sounds of the forest can boost immunity and improve mood. The practice is called forest bathing.

Forest bathing started in Japan in the 1990s. Since then, researchers have found that the practice of being immersed in the natural environment of the forest can boost immunity. Therapists can also use the method to reduce stress and improve mood. Philip Barr, a physician who specializes in integrative medicine at Duke University, stated: “Medical researchers in Japan have studied forest bathing and have demonstrated several benefits to our health.”

Forest bathing could be considered a form of medicine. And the benefits of nature can be accessed so simply.

The U.S. Associations of Nature and Forest Therapy say that in 2017 there were 250 new forest therapy guides within the country.

Many studies have shown the various benefits of nature. For example, scientists out of Michigan State University discovered that going to the beach improves mental health. In addition, numerous other studies show that hiking makes one happy.

What’s great about forest bathing is that it’s accessible to everyone. In contrast to hiking, forest bathing doesn’t focus on a specific destination. Instead, it integrates the tools of mindfulness and nature immersion to improve health. Similar to mindfulness meditation, forest bathing encourages the person to observe the sights, sounds, smells and textures of the forest.

Furthermore, researchers have found that trees release distinctive compounds. The forest air is filled with them. Think of the scent that a pine or cedar tree releases. These compounds are known as phytoncides.

Japanese scientists discovered that such compounds enhanced the activity of white-blood cells and, thus, boost immunity. Some scientists have even found that inhalation of cedar wood oils can lead to some reduction in blood pressure.

Human evolution has led us into cities and inside walls. Lives seem to be getting more stressful and move at a faster pace. Yet, nature is still there, ready to provide us with food, air, beauty and a health boost. It’s up to you to take advantage.