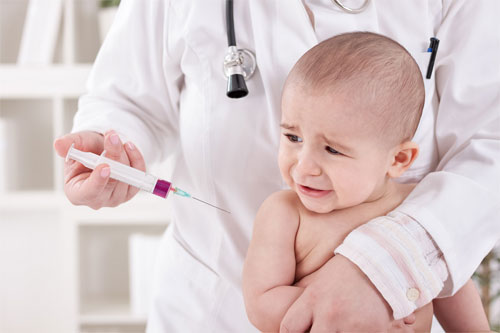 Research conducted by a team of Scandinavian scientists came to a startling conclusion regarding the DTP vaccine, which is supposed to protect children from diphtheria, pertussis, and tetanus. Though they found that the vaccine can prevent those diseases, it does so at a terrible cost.

The research, which was partly funded by the Danish government, derived its data from a vaccination campaign conducted in the African nation of Guinea Bissau during the 1980s. Initially, the campaign offered parents the opportunity to have their babies weighed every 3 months, and in 1981 they started giving out DTP vaccines during these sessions. Because the babies were only allowed to be vaccinated at a certain age, some were not vaccinated, which created the perfect control group.

These numbers were derived from kids who also had a polio vaccine. Strangely, they had a much lower mortality rate. The kids who only received the DTP vaccine had, on average, a mortality rate that was 10 times higher than the control group. The researchers believe that the vaccine must have stifled the immune systems of these children, opening them up to multiple infections.

The researchers wrote that “It should be of concern that the effect of routine vaccinations on all-cause mortality was not tested in randomized trials. All currently available evidence suggests that DTP vaccine may kill more children from other causes than it saves from diphtheria, tetanus or pertussis. Though a vaccine protects children against the target disease it may simultaneously increase susceptibility to unrelated infections.”

The study only looked at children who were healthy before being vaccinated. Because of that, the researchers noted “The estimate from the natural experiment may therefore still be conservative.”