Tompkins: I did get hired by General Dynamics for a Navy program. And this program was to locate German submarines – anti-submarine warfare program.
And what’s interesting about this is that the Navy selected the Lockheed P-3 patrol bombers to be the air vehicles to locate German ships and submarines. 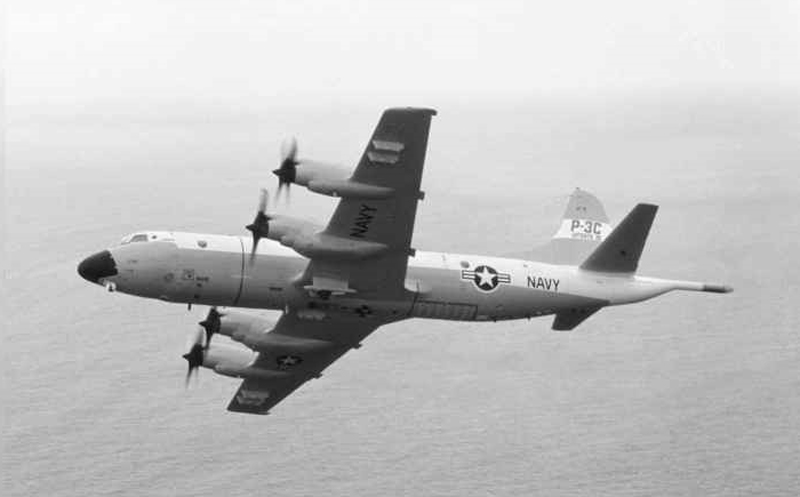 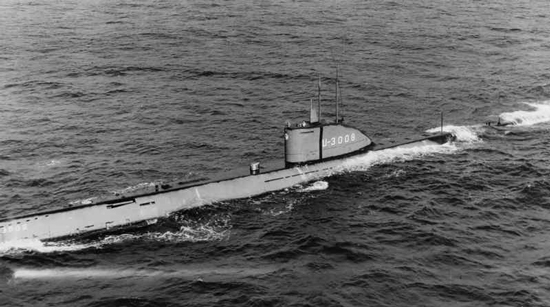 This is the Cold War now, and so there were roughly 15 other NATO countries who were using the same aircraft, the same electronics, the same sensing systems and the communication system – all of it engineered and designed in US.
And so the United States had 120 of these, and the NATO countries had like another 60 of them, all out looking for German [and/or Russian] submarines.

But that’s not quite the numbers. It’s more like we had 2,000 of these and NATO had another 1,000 of these – not quite that high. And remember, there were only 11 Soviet submarines operating at that time. There were many of them that were in training operations, but they weren’t tactical.
And so here we’ve got 2,800 P-3 aircraft flying all around the planet 24 hours a day looking for submarines.

Well, that’s not exactly what we were doing either. And there’s a title to the program, which is the mission ASW – anti-submarine warfare. But there’s also one which is ASUW. And so the “U” is for “unidentified extraterrestrials”.
And so this was the second-largest amount of military money allocated for a program on the planet. It’s peacetime, but it’s sort of a war condition. And we have all of these airplanes out, and it became necessary for a group, which I then was manager of, working for Data Graphics, which is a subsidiary of General Dynamics.
And later on, I worked for the corporate office on the red team at the corporate level.

And when we look at the size of this program, the number of personnel that have to be trained to fly these aircrafts, the upgrading continually of the sensing systems, the underwater systems of the satellite system programs that were required to be on board these aircraft, it’s absolutely unreal.

David: Well, the first thing that strikes me about the interview footage that we just saw here is the scope of this classified military operation to try to actually identify who is on our planet, where are they, what is their infrastructure, what is their agenda. It would have to involve a massive amount of effort. So what were your thoughts on that?

Corey: I have heard of operations similar to what he was talking about, of fleets that were combing the ocean looking for submerged bases, and also USOs – unidentified submersible objects, I believe.
Now, from what I understood, very few people in that fleet would know what they were actually looking for. Everyone would go about doing their normal jobs. It’d just be a normal mission or a training mission, they’d be told. But very few intelligence people in that fleet would know exactly what was going on.

David: Well, to have 2,800 P-3 aircraft airborne at all times – this is obviously before the era of accurate geostationary satellites.

David: We’re talking about a massive, massive operation here. How long do you think this had to have been done for?

Corey: Until they had strong enough sonar that would penetrate to the deepest parts of the ocean, and until we had the satellite coverage we needed. They had some sort of groups of aircraft or Navy vessels that were combing the ocean looking for non-terrestrials.

David: Do you think that there might have been a temptation at some point to tell the public: “Hey, we’re aware of this extraterrestrial presence. We’re doing the best we can. We’re cataloging it now”? Or was it just really important the whole thing be secret to avoid a panic of some kind?

Corey: Well, just in general, the Navy… I mean, you hear “loose lips sink ships”. Information is very compartmentalized to begin with, but this is not long after World War II, so everybody still had a different mindset than we do today.
If the government told you to stick a lit cigar in your ear, you’d say: “Yes, sir. Give me another.” That’s just the way people were programmed.

David: So Tompkins is also discussing another point of corroboration with some things that you’ve said, which is that there were, in fact, underwater bases to be seen.
So could you review for us what your knowledge is about the existence of these bases, and where are they, what do they look like, who’s in them, etc., etc.? Are there different types that would be underground or underwater?

Corey: There’s a number of different types that are underwater. I even read about large underwater bases that were mobile, that moved along the bottom of the ocean and were doing some sort of core sampling or testing of the material that it was passing over.
And if you located where one of these were, you would then have to track it since they now were moving. So they would have ships that would just track a mobile underwater base.

David: Well, before we taped this segment, we were looking at just something like that on the Internet. Let’s take a look right now at that little… This is an excerpt from a video describing something very similar to what Corey just described – two-and-a-half-mile wide, round object that seems to be tracing patterns on the sea floor.
So do you think that that is an example of one of these craft? 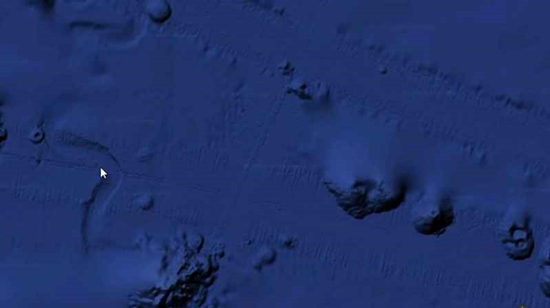 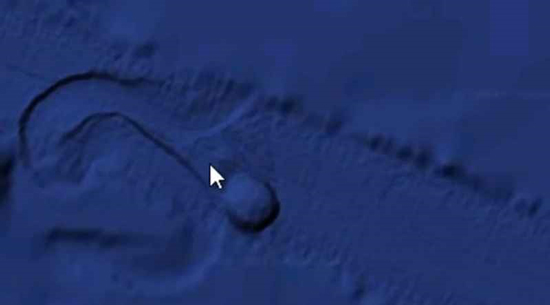 Corey: That very well could be. I mean, a two-mile-wide object is not going to be pushed in that unusual way under the ocean by a current.

David: So what would they be doing in a case like that? What’s the objective?

Corey: From what I was told, these were like bases, but also laboratories. They were going around doing core samples, finding out what was at different depths below the surface, below the floor of the ocean.

David: Why would somebody want to have an undersea base if there’s a honeycomb Earth and they could just pop into one of those combs underground?

David: So what do you think was going on when James Cameron made The Abyss? It seems a very specific idea was being conveyed. We also have reason to believe that some of his other movies had disclosure in them as well, like Avatar. What do you think The Abyss was intended to get people ready for?

Corey: It was most likely groups within the military-industrial complex starting to seed our consciousness, which is what they’ve been doing through movies and television shows for a long time.

David: Yeah. That definitely makes sense, because this is an ongoing effort of four generations now of disclosure to get us ready for the truth.

Corey: Right. And as you’ve already reported, when Sony got hacked, it was proven that DARPA and these other groups were passing on ideas for movies and television shows.

David: Exactly. All right. Well, we have one more really exciting piece for you to read here with our interview with Tompkins. And this time, he is describing his personal experience with one of the most infamous and legendary events in UFO lore – less known up until recently, a lot less known than Roswell, but several years before Roswell.

Read the third part of this article.