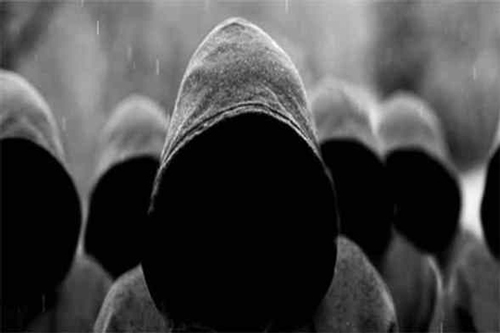 This article contains excerpts from the Revelation of Awareness Newsletters, with Paul Shockley as the interpreter.

People are generally taught through the satanic movement that they can overcome any insecurity by accumulating greater and greater power.

Therefore, they become involved in this quest for power, but the quest for power also asks them to sacrifice something to the Satanic power, and many of these individuals will have at some point or another, either sacrificed one of their own, or sacrificed something of their own to that satanic power, and they begin to become accepted in that circle and they may help one another to gain greater wealth by being part of the group, but along the way they also are asked to participate in further sacrifices or to carry out some action of less than the highest, and more often, extremely debased in nature.

For example, they may be asked to participate in a ritual in which some being is sacrificed, and they are to be the one who places the blade for the sacrifice, or assists in the killing of a being, and if they do not participate in this, then of course they are not a full party in the group and are looked upon as not being worthy, and therefore, they either join in the negative behavior and criminal act, or they lose face and position in the group.

If they go along they will be rewarded, but they also are vulnerable to blackmail. If they should ever try to tell it or get out of the group, they can be blackmailed, for they have witness who saw the dastardly deed take place, and saw this individual did it himself.

The more they participate the deeper they may get into the participation of crimes so that eventually they have done so many of these things that they cannot extract themselves, they cannot get out without the great – threat of their associates turning against them.

This was the greater concern of the masses during the 1990’s; that this indeed can eventually lead to a new type of Armageddon between these forces of misguided beings who seek power and who enjoy the action of cruelty and sadism.

Essentially there are three types of human beings on the Earth plane:

1. Those who are associated with the attitude exemplified by the Christ, of loving one another, and of clarity in relationship.

2. Those who are exemplified by the attitude as Luciferian, who will deceive and who will manipulate and misrepresent information in order to gain power and advantage over to others and who basically see themselves as separate and important, more important than others.

3. Those who are represented and symbolized by that which has been termed Satanic, whose interest and joy lies in watching the suffering of others. They seek power not simply to be in control, but to be able to harm others. These are the sadists of society. They enjoy inflicting pain in whatever way they can.

The Philosophy of Satanism

The Satanic philosophy is that the entity claiming to be God of the Judeo-Christian philosophy, the Jewish god Jehovah, as having been a false god, and that Christ was misled, and was a cooperative of this philosophy, and that essentially, these two beings, the God of the Jews or Hebrews, and the Son of God as Jesus the Christ, were in reality, creations of a false God by the Hebrews and the followers of the Hebrew influence.

The satanists teach that Satan or Natas, was the true God of the universe, and has been slandered and falsely blamed for all of the ills of the world, and that he, as the True Creator, having taking on all the hostility and karma of the universe, awaits for these false forces to play out their roles, their games, when at that time he will again be redeemed and recognized as the true creator of the universe. This essentially is a rough concept of the satanic philosophy.

This philosophy also includes the belief that those who align themselves with Natas, or Satan, will have greater power over others.

The satanists often in meeting places, meditate and pray to Natas or Satan, that the energy enter into them and give them the powers which will redeem the forces of Satan. This unusual philosophic concept or belief of Satanism reaches back into Greek mythological character, having horns and the feet of a goat, half man, half goat.

The seduction of the young: perversions, bestiality, ritual human sacrifice: more common today than most want to believe 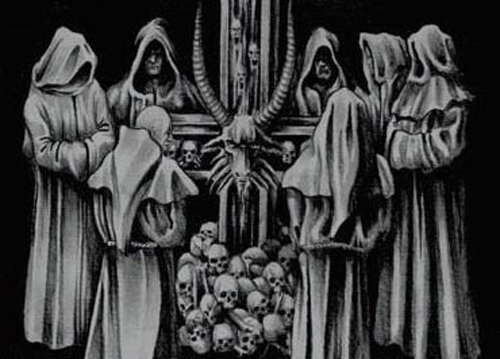 There is considerable reason for looking deeply at the satanic movement, and it is true that Satanists have been around for thousands of years.

However, in the past, their activities have not been so noxious as in the recent years and months, whereby they have begun to spread their teachings among young people, and, coupling this with drug use, these young people become extremely vulnerable to their teachings and ritual sacrifice in such a manner as to bring these things into extreme polarity on a larger scale, so that society must become aware of what is occurring.

It is one thing for people from such a group to consider such thoughts and concepts as are expounded in the philosophies of Satan and Bael churches or groups, but it is quite something else when they begin to activate rites of human sacrifice.

The ritualistic slaughtering of animals in their rites was already abominable, but it has in recent time become more and more predominant in these groups to indulge in immoralities, perversions and bestiality, including also murder.

The problem is much more widespread that anyone would care to believe; that there are also situations in which children not only are victims of some of these rites, there are also situations in which the members of such groups, Satanists movements, are involving their own children in witnessing these ritualistic sacrifices of others, including other children, and in fact, in some instances, use some children as the instrument of sacrificing other children. This being forced upon the children with threats that if they do not participate and also, if they speak of this to anyone, they too will be sacrificed in a similar ritual, or they too will witness the sacrifice of other loved ones in the family.

This sounds unbelievable to the average and reasonable mind, yet there is a philosophy propounded by the satanists who see this as a reasonable normal part of their own view of their lives, and do not wince or feel any conscience in regard to the type of behavior and actions of such rituals.

In the New World Order prostitution and pornography would increase

Thus, prostitution and pornography are planned to become an even greater and more open industry after the New World Order will be fully implemented. At present it is an industry that is hidden behind the scenes.

Generally, when something of this nature is implemented in society, there is a way of impressing society that it is necessary for the security of the nation or of the people, and when this is used as an argument, in most cases, the people will accept it.

However, as has been said, people who put too much value on security open themselves to become victims of maximum security, thus, slavery and bondage becomes an outcome of excessive security and they give up freedoms and the right to express themselves, or the desire to have decency as representing their governments and leaders.

At this time, the value of decency has eroded so greatly that most politicians can be indecent and still win the election if they can show how they are helping the masses improve their lifestyle and their security in their lives.

There are many people who have been conditioned to think that money gives them freedom; that money and security are the bottom line for a happy life. They have not fully thought through how much value there is in being free or in being able to go from one place to another having to get a permission from some authority.

As individuals become more dependent on government it puts them back into the position they experienced as children when their parents were overbearing, overcontrolling, and when as children, they could only dream of growing up and becoming independent adults.

But many adults do not know what to do with their freedom and thus enjoy subjecting themselves to an overbearing government and are willing to lose their freedoms in order to have greater protection and greater benefits from the governments that they choose to serve them.

When this becomes the greater value, they can be persuaded to remain placid and quiet and silent and go along, to get along, even when the government begins to raid their neighbor’s homes, take the neighbor’s children, et cetera, and they will not ask: “What happened? Where did they go?” or if they do, and the government simply says “We are taking care of the person’s family”. The person committed crimes and we have moved the family to a safe place, the masses will say “Oh! That’s good!” without further investigation.

If they did attempt to investigate, they would run into those who stopped them from going further in their investigation. They would run into stories and statements to assure them that “All is well, the person will get a fair trial, the family is relocated in a nice place, in a nice home, and therefore, you need not worry about their safety and their welfare any further.”

Meanwhile the family may be up on the blocks being sold into white slavery or shipped to another country for further use as human resources in slavery or in prostitution or some other money-making activity.

If there are enough people who awaken to this diabolic activity that is now progressing, it may not be possible for these Satanic elites to continue their program.

Once the masses awaken like a giant mob or a giant army of citizens, they would have absolutely no chance of ruling a New World Government to subject the masses to slavery.


The Djinn (Jinn) and their connection to the shadow people

In early Arabian and Islamic mythology and theology, Djinn (Jinn) are supernatural creatures. According to the Quran and certain ancient records, the Djinn were created from smokeless and scorching fire.

An individual member of the Jinn is known as a Jinni, Djinni or “genie”. In the Western world, Djinn are sometimes referred to as demons. According to Rosemary Guiley, author of The Djinn Connection, one of the many forms of the Djinn is the “Shadow People”.

The Shadow People are a group of humanoid beings that like to hide in the shadow and often appear as shadow figures. They have very negative vibration. Sometimes, their energy paralyzed people to whom they showed themselves, making it hard for them to stay calm and breathe.

The following videos have a lot of interesting information about the Djinn. However, is all of it true? Watch the videos and decide for yourself.

Keep in mind that these videos contain controversial knowledge, so use your intuition and critical thinking skills to discern it.