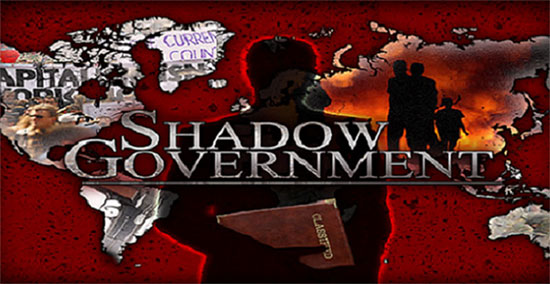 In the spring of 2017 Americans were being bombarded with news about Michael Flynn’s forced resignation and what caused it while the ‘American spies’ were illegally leaking confidential information to the media but let’s not get fooled by this distraction and see things as they were.

If people look back and just think a bit harder, it’s clear how America became a police state right in front of everybody’s eyes, but we were too blind to see it, even though the independent media warned us all along while everyone called them conspiracy theorists.

With everything going on around us, Americans are finally waking up to the reality in our political system, the “shadow government,” the “deep state,” call them whatever you like, the NWO, the Illuminati or something else, they exist and they are trying to bring down America because Americans finally chose a President that’s out of their reach, someone they cannot control.

Wikipedia describes the term ‘shadow government’ as “a family of conspiracy theories based on the notion that real and actual political power resides not with publicly elected representatives (for example, the United States Congress) but with private individuals who are exercising power behind the scenes, beyond the scrutiny of democratic institutions. According to this belief, the official elected government is in reality subservient to the shadow government who are the true executive power.”

The term Deep State on the other hand redirects to “State within a Stateˮ or a “political situation in a country when an internal organ (“deep state”), such as the armed forces and civilian authorities (intelligence agencies, police, administrative agencies and branches of governmental bureaucracy), does not respond to the civilian political leadership.

Although the state within the state can be conspiratorial in nature, the Deep State can also take the form of entrenched unelected career civil servants acting in a non-conspiratorial manner, to further their own interests (e.g. job security, enhanced power and authority, pursuit of ideological goals and objectives, and the general growth of their agency) and in opposition to the policies of elected officials, by obstructing, resisting and subverting the policies and directives of elected officials.”

Every time some independent media mentioned the term ‘shadow government’ or ‘deep state’ it was mocked, every time they elaborated on how the US have been controlled by a ‘shadow government’ for decades, they were labeled conspiracy theorist, but finally, everyone can see the truth for what it is.

We can see how serious things are getting when even liberal writers who despise both President Trump and Michael Flynn for their actions, wrote articles about how “the deep state” targeted “a man working in one of the political branches of the government by dishing to reporters about information it has gathered clandestinely,” all the while Democrats and liberals encouraging the “political assassination” executed by America’s spies to task wrote “Those cheering the deep state torpedoing of Flynn are saying, in effect, that a police state is perfectly fine so long as it helps to bring down Trump.”

Here’s what Eli Lake wrote at Bloomberg:
“Normally intercepts of U.S. officials and citizens are some of the most tightly held government secrets. This is for good reason. Selectively disclosing details of private conversations monitored by the FBI or NSA gives the permanent state the power to destroy reputations from the cloak of anonymity. This is what police states do.

In the past it was considered scandalous for senior U.S. officials to even request the identities of U.S. officials incidentally monitored by the government (normally they are redacted from intelligence reports).

John Bolton’s nomination to be U.S. ambassador to the United Nations was derailed in 2006 after the NSA confirmed he had made 10 such requests when he was Undersecretary of State for Arms Control in George W. Bush’s first term. The fact that the intercepts of Flynn’s conversations with Kislyak appear to have been widely distributed inside the government is a red flag.ˮ

Through classified information, leaking it illegally with the help of MSM, the Washington Post and the New York Times, Deep State declared an all-out war on Trump, in an effort to carry out a sort of ‘soft coup’. 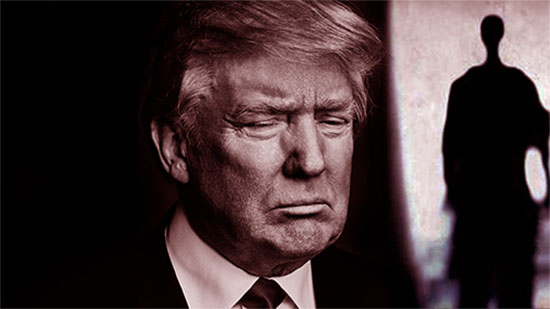 In the spring of 2017, Devin Nunes, the chairman of the House Intelligence Committee said that the person or persons who disclosed the contents of former National Security Adviser Michael Flynn’s phone calls “belong in jail.”

And this was not just his personal opinion, the 18 U.S. Code $798 – Disclosure of classified information, clearly stated that the person whom “knowingly and willfully communicates, furnishes, transmits, or otherwise makes available to an unauthorized person, or publishes, or uses in any manner prejudicial to the safety or interest of the United States or for the benefit of any foreign government to the detriment of the United States any classified information, shall be fined under this title or imprisoned not more than ten years, or both.ˮ

As Breitbart reported, Nunes explained in detail how what Americans have witnessed is completely illegal:
“The chairman said there are only two ways that intelligence agencies can listen in on an American’s phone call — after obtaining a warrant, or inadvertently, such as in the case of Flynn speaking with a foreign official being spied on, which the report suggests was the case. Nunes said ‘it’s pretty clear’ that there was no warrant.”

“It’s pretty clear that’s not the case,” he said. “I’m pretty sure the FBI didn’t have a warrant on Michael Flynn … To listen to an American’s phone call you would have to go to a court; there’d be all that paperwork there. So I’m guessing that doesn’t exist.”

Flynn was speaking to a foreign official, Russian Ambassador Sergey Kislyak and Nunes said there should have been a process to mask Flynn’s identity.

“If they did that, how does all that get out to the public which is another leak of classified information,” he added. “Whoever did it, it’s illegal.”

According to the Daily Mail, President Trump didn’t let that intimidate him and launched an “all-out war on his own intelligence agencies as he says malicious NSA and FBI leakers are ‘illegally’ giving out classified information to reporters ‘like candy’.”

And that’s exactly what he should have done!

It was more than evident that during the first weeks in office President Trump was trying to fulfill what he promised during the election campaign, keep the trust of his voters and maintain his promises and all of his supporters are by now convinced that his promises were not just empty words but that he meant what he said.

However, for the best interest of all Americans, President Trump should have taken a short break from keeping his campaign promises and shift his attention towards this pressing issue. He still needs to ‘clean house’, a job that will probably never end.

As Fox News reported, cleaning house wouldn’t involve sacking all employees from the relevant departments since the information was highly restricted and not many people had access to it. As former NSA analyst Bill Binney said:
“I think it is compartmentalized, meaning a small circle, less than 100 [people would have access to the intelligence]. They are supposed to minimize the American side. All presumed U.S. citizens have rights under the Fourth Amendment.”

“Nunes said the timing may be significant because the authorization to unmask Flynn was likely taken under the Obama administration, as the phone calls occurred in December 2016. The committee chairman said the issue goes beyond politics because it is also undermining the relationship between a president and world leaders.”

What a bold and stupid move from the shadow government! All they did was exposing the truth about their existence to every American and the world, finally confirming what all ‘conspiracy theorists’ were trying to reveal to the general public, that they exist and are trying to do everything they can to undermine President Trump, who is not their puppet. Moreover, leaking these highly classified information just narrows down the list of people who might have been involved, revealing who’s Deep State and who’s not, making it easier to find out who’s pulling the strings.