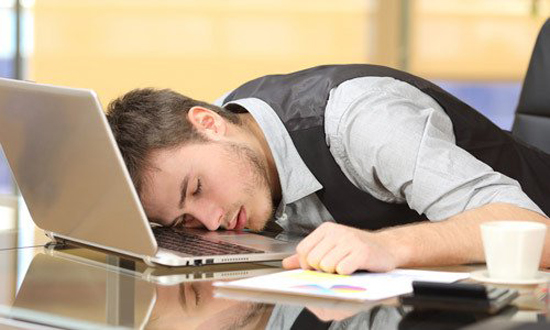 The scientific community has long established that losing sleep has detrimental effects on the body’s overall health and may increase the odds of debilitating conditions, neuroscientist and human sleep science expert Professor Matthew Walker said in a recent Daily Mail article.

The expert stressed that sleep deprivation may put people at an increased risk of various cardiovascular conditions, cancer, and other adverse physical and psychological health issues.

For instance, the health expert cited a Harvard University study that demonstrated how foregoing regular daytime naps or siestas may elevate the risk of heart troubles.
As part of the study, the researchers examined more than 23,000 Greeks and found that those who did not nap were 37 percent more likely to die of heart disease over six years compared with those who did. The researchers also found that heart disease-related mortality increased by more than 60 percent in working men who did not take their afternoon naps.

Sleeplessness was associated with higher odds of developing cancer, Prof. Walker noted. Data on nearly 25,000 Europeans showed that those who slept for six hours or less had a 40 percent higher likelihood of developing the disease than those who slept for seven hours or more.
In another study carried out by scientists at the University of California, Los Angeles, researchers found that healthy young men who slept for only four hours on a single night lost 70 percent of the natural cancer-killing cells circulating in their systems.

The sleep expert also stressed that lack of sleep may lead to an increased risk of Alzheimer’s disease, diabetes, anxiety, and depression as well as obesity, physiological damage, chronic pain, and infertility.

Why people do not get a good night’s sleep

According to Prof. Walker, being too exhausted, sleeping in a new location, and trying to sleep despite being hungry were some factors that may affect the quality and duration of sleep. The sleep expert has also cited seemingly minute factors that actually impacts sleep quality such as mismanaged caffeine intake and hitting the snooze button.

Prof. Walker stressed that caffeine has a half-life that lasts for about five to seven hours. This means that drinking coffee at around 7:30 pm may keep people well awake at around 1:30 am. The professor also noted that even decaffeinated items may contain up to a third of the dose of a regular cup of coffee.

He also warned that a 2005 study indicated that using the snooze button repeatedly activates a fight-or-flight branch of the nervous system, which in turn results in a sudden spike in blood pressure and shock acceleration of the heart rate. Using an alarm that has a snooze feature may repeatedly induce these harmful effects on the heart.

However, a recent study published in Mayo Clinic Proceedings revealed that sleeping with your pets may mitigate the risk of sleep deprivation.
As part of the study, researchers examined 40 healthy adults without sleep disorders and their dogs over five months. The results showed that some participant reported better sleep when the pets were allowed inside the bedroom. However, this peaceful sleep was found to be disturbed once the owners snuggled their pets in bed.

“Most people assume having pets in the bedroom is a disruption. We found that many people actually find comfort and a sense of security from sleeping with their pets. The relationship between people and their pets has changed over time, which is likely why many people in fact do sleep with their pets in the bedroom. Today, many pet owners are away from their pets for much of the day, so they want to maximize their time with them when they are home. Having them in the bedroom at night is an easy way to do that. And, now, pet owners can find comfort knowing it won’t negatively impact their sleep” told sleep medicine specialist Dr. Lois Krahn to Science Daily online.

Flu vaccines are an IQ test… a deadly one (I)