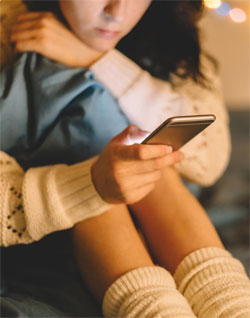 Overexposure to smartphone screens or computers, especially in children, creates a high risk of developing a dry eye syndrome, a South-Korean research indicates.

Researchers from the University Hospital Chung-Ang in South Korea point out that an increased use of video displays, like smartphone or computer screens, especially in children, can be linked with the onset of Xerophthalmia, a syndrome in which the eye fails to produce tears.

Tears are necessary for eye lubrication, nutrition and maintaining optimal eye health. Additionally, they also lower the risk of infection and wash out foreign bodies from the eye.

“We tested 916 children, the tests included bio-microscopic examinations as well. The questionnaire given to the children and parents contained questions regarding the use of video-displays, outdoor activities, studying…” the researchers explain.

In the study published in BMC Opthalmology the researchers said that we need to be cautious and monitor how much our children use smartphones, because overexposure to them can have dangerous consequences.

Exposed! Historical Scandals That Prove the Fraud of Vaccinations

President Donald Trump has never had the flu shot… and never got the flu, either – coincidence?