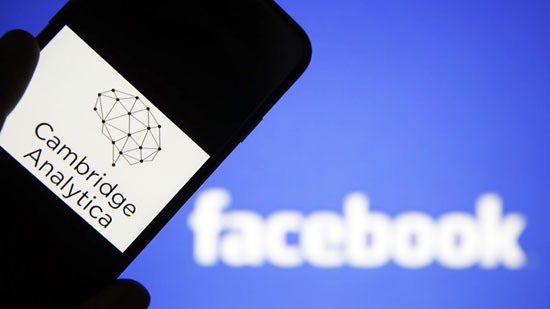 Amid the Facebook/Cambridge Analytica debacle over their general surveillance and misuse of users’ private data, there is an emerging trend that is infinitely more disturbing.

The first story popped up in the UK on April 17 (2018) where police admitted to using a photo sent through WhatsApp to cull fingerprints for evidence that successfully led to the conviction of 11 individuals for drug crimes.
The story further revealed that this was not just a special-use case; apparently it is a technique that has been developed specifically to use the vast amount of public photos available to extract evidence from images that have been posted or transmitted online.

As reported by Dawn Luger for The Daily Sheeple, this new technique is being rolled out and law enforcement is calling it “groundbreaking”, as it can pull information from even partial photos:
“It all started with a drug bust. The bust resulted in the police getting hold of a phone that had a WhatsApp message and image of ecstasy pills in a person’s palm. The message read: ‘For sale – Skype and Ikea-branded ecstasy pills…are you interested?’

The phone was sent to South Wales Police where the photo showing the middle and bottom portion of a pinky was enhanced.

[…]’Despite being provided with only a very small section of the fingerprint which was visible in the photograph, the team were able to successfully identify the individual’, said Dave Thomas, forensic operations manager at the Scientific Support Unit.”

No specifics were actually given by the police department about this “pioneering fingerprint technique”, but it is quite clear that this is a tool they are ready and willing to use.

Meanwhile, intrusions from Facebook are compounding in the wake of a massive lawsuit sparked by revelations that Facebook appears to be using facial recognition information for much more than just tagging people in your private social circle. The multi-billion dollar lawsuit was just given the go-ahead by an Illinois judge and illustrates the scope of what Facebook retains about people, how they are willing to distribute it, and the lack of safeguards against outside violations:
“The class of users approved by Donato dates back to June 2011, when Facebook had an Illinois user base of more than 6 million people, according to lawyers for the plaintiffs. ‘Although many individuals may not have had enough tagged photos to generate a face template in Facebook’s database, in January 2011 (i.e., before Facebook implemented tag suggestions for all users) the average user was tagged in 53 photos, far more than the 10 needed to generate a face template’, according to the court filing.

Privacy advocates have said the billions of images Facebook is thought to be collecting could be even more valuable to identity thieves than the names, addresses, and credit card numbers now targeted by hackers. While those types of information are mutable – even Social Security numbers can be changed – biometric data for retinas, fingerprints, hands, face geometry and blood samples are unique identifiers.”

And yet, it’s not only hackers and social media companies that have found this data to be irresistible. According to a new report in Forbes, former military intelligence operatives are also creating their own databases from publicly available biometric information.

Forbes identified an Israeli company named Verint that is comprised of ex-spies who have created a service called Face-Int based off of harvested online biometrics. Moreover, their data collection system is one that almost assuredly will spread (if it hasn’t already) as they “have long been vendors for the U.S. government, providing bleeding-edge spy tech to the NSA, the U.S. Navy and countless other intelligence and security agencies”.

Of course, the stated focus of the company’s activities are to pursue terrorists – the catch-all justification to introduce new surveillance technologies that just so happen to inevitably trickle down to mundane law enforcement sooner rather than later, as the UK case above clearly illustrates. Credit should be given to Forbes for acknowledging the reality behind this propaganda, as their article states:
“Though Terrogence [now Verint – Ed.] is primarily focused on helping intelligence agencies and law enforcement fight terrorism online, LinkedIn profiles of current and former employees indicate it’s also involved in other, more political endeavours.

One ex-staffer, in describing her role as a Terrogence analyst, said she’d ‘conducted public perception management operations on behalf of foreign and domestic governmental clients’, and used ‘open source intelligence practices and social media engineering methods to investigate political and social groups’. She was not reachable at the time of publication.”

Naturally, since none of the issues surrounding the use of our private online data for law enforcement applications was ever fully disclosed prior to rollout, we are now saddled with a pervasive real-time surveillance apparatus that harvests our information without consent. Moreover, this public-private info-grid is rapidly evolving as courts scramble to define exactly what the violations are and if the individual retains any right to privacy and constitutional protections in the Digital Age. We are clearly picking up steam down the slippery slope as we are being converted from human beings into digital algorithms where our entire existence is just one click away.