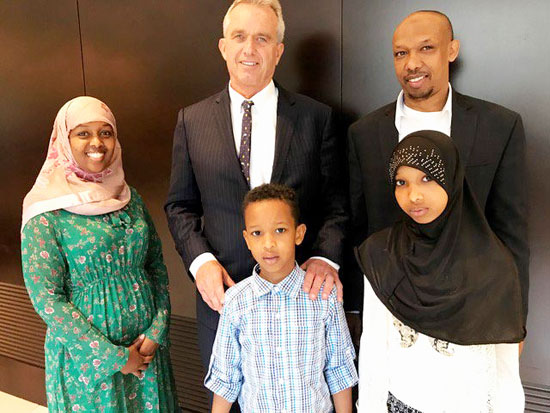 In June 2017, at the invitation of the Rochester Minnesota Post-Bulletin, World Mercury Project Chairman Robert F. Kennedy, Jr. submitted the following article for publication. The newspaper had invited Mr. Kennedy to submit an editorial after he complained about inaccuracies in the paper’s reports on the Somali measles outbreak.

While initially agreeing to publish the article, Post-Bulletin executive editor Jay Furst ultimately declined to run the piece. The paper made the decision in late September following almost four months of revisions, discussions and email exchanges with Mr. Kennedy. Furst explained that after five months of trying, the publication had been unable to find any public health official or pro-vaccine advocate willing to write a rebuttal or refute the facts outlined by Mr. Kennedy. Mr. Furst explained that Minnesota public health officials shown the article had made a generalized complaint that it was inaccurate, but that they refused to be specific about their claims or to provide citations. None of the many public health officials and vaccine advocates contacted by the newspaper were willing to go on record or to provide a rebuttal editorial. Nevertheless, Mr. Furst explained that because of the controversial nature of this issue, the editors felt that they could not run the article without a companion rebuttal piece.

Once again, public debate regarding the safety of the $46 billion vaccine industry has been muzzled. Mr. Kennedy says that Mr. Furst was genial, diligent, and professional in all their interactions, and genuinely apologetic about the outcome. According to a Minnesota Department of Health press release, the state’s measles outbreak was over by the end of August 2017 with 79 confirmed measles cases and no reported deaths or disabilities. 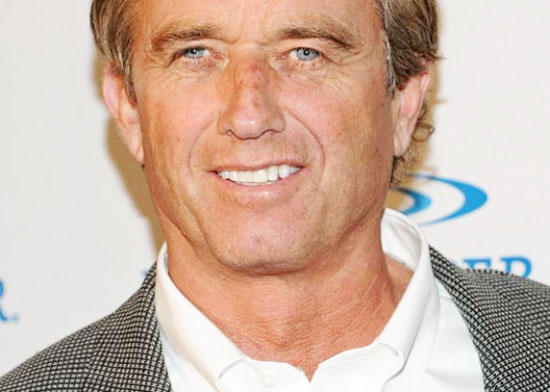 In the winter of 2017, Minneapolis area health officials reported 76 measles cases among Somali-Americans. Mainstream media outlets, and John Oliver in a 28 minute rant, vilified Somali-Americans for low vaccine rates and blamed Andrew Wakefield, MD and the so-called “anti-vaccine movement” for misleading Somalis about vaccine safety. Like most other journalists, Oliver never explained the story behind this story; the children of Minneapolis’ Somalis suffer the highest known rate of severe autism in the world – 1 in 32, according to University of Minnesota researchers.

Many Somalis believe that their children’s injuries are related to vaccines. “My perfectly healthy son started having seizures within minutes after his 18-month vaccines” Abdulkadir Osman Hassan told me “and the seizures have never stopped.” Hassan’s boy, now 14, is severely autistic. “I quickly determined I was not alone.”

Somali parents had already started a support group and were sharing with each other the terrible reactions their children were having to vaccines. “We don’t have a word for autism in the Somali language”, explains Hassan, who has an Associate’s Degree in Childhood Development. “We never saw it in our country. We never heard of it. The adults in our community don’t have it, only our children.”

Hassan immersed himself in the science trying to understand what had happened to his son. “We researched vaccine safety long before we knew there was an ‘anti-vaccine movement’. I read the scholarly studies and I read 14 books and I cried every time I finished a book because it’s exactly what happened to us.”

Hassan complains that, despite a decade of pleading from his community, public health officials have refused to investigate the high occurrence of autism in their community or to explain whether Somalis have increased susceptibility to neurodevelopmental injuries from vaccines.

The Minnesota Somali parents’ concerns are not unfounded. Both science and anecdotal evidence suggest that Africans and African Americans may be particularly vulnerable to vaccine injuries including autism:

• In February 2017, a Danish government study by a prestigious team of Scandinavian scientists found that the DTP vaccine, the world’s most widely-used immunization, while protecting African children from Diphtheria, Tetanus and Pertussis, was wreaking havoc with their immune systems. Vaccinated children were dying at up to 10 times the rate of unvaccinated children.

• In August 2014, Dr. William Thompson, a CDC senior vaccine safety scientist, confessed that his bosses at CDC ordered him and three other scientists to destroy data showing that black boys who received the MMR vaccine prior to three years old, as the CDC recommends – were 3.36 times more likely to receive an autism diagnosis than those who waited. This effect was not observed in other race categories. Nevertheless, when the CDC published the study results in Pediatrics in 2004, the agency omitted the destroyed data, fraudulently declaring it found no risk of autism from the MMR vaccination.

• A recent Mayo Clinic study shows that Somalis’ antibody response to the rubella component of the MMR vaccine is twice as high as among Caucasians. That finding may support parental reports of regression of Somali children into autism after vaccination.

• A 2014 study published in Pediatrics, showed higher rates of autistic disorder among African Americans in Los Angeles County compared to Caucasians. The relative risk of severe autism was 152% higher among U.S. born blacks as compared to U.S. born whites, and an astonishing 263% higher among foreign-born blacks.

• Perhaps most tellingly, a 2010 study in Stockholm, Sweden, replicated an earlier study by the same team showing a 4 to 5 times increased risk of severe autism in Somali children compared to non-Somali children. The Minnesota Somali parents’ concerns about increased autism risk are not unfounded.

There has only been one confirmed measles death in the US since 2003, an immune-suppressed female hospital patient who suffered complications from subsequent pneumonia. A 1983 French study of 4.2 million people, when measles vaccination rates were less than 20%, showed the risk of death from measles was 1 in 1,785,000 and the risk of disability from measles was 1 in 2,083,000.

Somalis, frustrated by the indifference of public health officials and wondering whether to vaccinate their children, might reasonably calculate that contracting measles in a Western country has low odds of a serious outcome. Clearly, the odds of death or disability from measles must seem better than 1 in 32 odds of getting autism. Maybe it’s time to stop vilifying them and start listening.