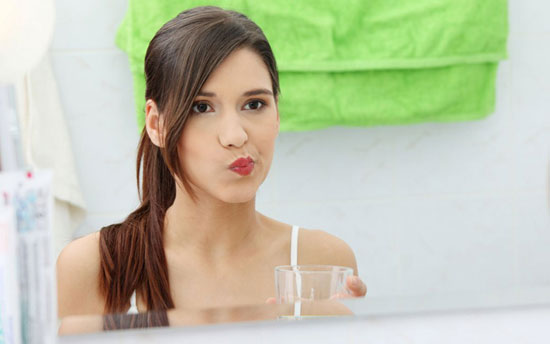 How many times have you come across a ‘natural’ or alternative health treatment, and, when you try to tell somebody about it, they completely dismiss the idea that it actually works? This is a problem in today’s society, the ‘natural’ label is seen in the realm of alternative treatment, and what’s solely emphasized today is the need and use for chemical medication.

Prior to chemical medication, alternative treatment wasn’t seen as alternative, it just was. Interventions that don’t require medication are often shoved aside despite the fact that many of them show extreme promise and in some cases, the science is just as strong, if not more, than the chemical alternative without the harm that commonly comes as a trade-off.

This is the case with oil pulling, you’ll see countless amounts of articles written on the internet brushing oil pulling off as a hoax, or an ancient belief that simply doesn’t work. One thing is for certain, the writers of all these articles haven’t really taken the time to examine the science and legitimacy behind such a practice.

There is extreme legitimacy, in some cases, when it comes to alternative treatment, this is exactly why more and more people every single year gravitate towards these options.

A study published in 2012 outlines how, “the interest in complementary and alternative medicine (CAM) has increased during the past decade and the attitude of general public is mainly positive, but the debate about the clinical effectiveness of these therapies remains controversial among many medical professionals.”

It goes on to outline how the same resources that are poured into modern-day medicine, are not poured into alternative medicine, and, if they were, we’d know and learn a lot more about it. The lack of education is precisely why many medical professionals stay away from it and remain ignorant to some real solutions which exist.

There is no money in alternative medicine. Medicine today is completely dominated by big pharmaceutical companies, whose sole purpose seems to be profit over health.

So, what is oil pulling? A meta-analysis published in the Journal Traditional Complementary Medicine stats as follows, “Oil pulling is a traditional folk remedy practiced in ancient India. It is believed to cure more than thirty systemic diseases when practiced regularly and as directed. Due to occurrence of side effects of modern medicines and oral hygiene products, people are increasingly attracted towards complementary and traditional practices. Oil pulling in addition to offering several oral health benefits also has beneficial effects on overall health.”

We have so much to learn from our ancients, and this is clear across many fields, from health, all the way to neuroscience and quantum physics. It’s truly amazing how many ancient cultures possessed the knowledge that they did, some of which we are just discovering now (or re-discovering).

Ancient eastern medicine considered the mouth as a mirror to the overall health of our body, and that our mouth, teeth and tongue were all connected to various organs throughout the body (heart, kidney’s, lungs, small intestine, spine etc.) Today, we know that our oral cavities contain billions of microorganisms that contribute to the development of several diseases such as diabetes, cardiovascular disease and more.

“The oral cavity contains some of the most varied and vast flora in the entire human body and is the main entrance for two systems vital to human function and physiology, the gastrointestinal and respiratory systems. Several diseases involve these two systems and manifest in the oral cavity. In addition, a specific pathologic condition, such as periodontitis (ie, inflammation of the periodontal attachment of the teeth and the alveolar bone), may be present in the oral cavity. These specific conditions in the oral cavity may create foci of infection that can affect many other vital systems such as the cardiovascular and rental systems.”

How To Do It & What It Does

So, how do you do it? Organic oils like sesame oil, sunflower oil and coconut oil, cold pressed, are the best options. It’s best to do it first thing in the morning on an empty stomach when you wake up, and a teaspoon of oil works best. You want to hold it in your mouth and swish it around occasionally for at least 10 minutes preferably 20. As the meta-analysis points out, it’s vital not to swallow any of it, as it will be loaded with toxins that are being pulled from inside your blood stream as well as your mouth.

“Oil pulling is believed to help in the excretion of toxic heavy metals by saliva. Oil pulling activates salivary enzymes which absorb toxins such as chemical toxins, bacterial toxins and environmental toxins from the blood and removed from the body through the tongue. Thus oil pulling detoxifies and purifies the entire human body.”

The meta-analysis goes on to explain how oil pulling generates antioxidants that actually damage the cell wall of microorganisms and kill them. These are the organisms that lead to the decay of the mouth, build up of plaque and several other factors mentioned briefly above.

“These oils will attract the lipid layer of bacterial cell membranes, and cause it to stick or get attracted, and pulled to the oil. During oil pulling, the oil gets emulsified and surface area of the oil gets increased. This oil will coat the teeth and gingiva and inhibits bacterial co-aggregration and plaque formation. Thus plaque building bacteria responsible for dental caries, gingivitis, periodontitis and bad breath are removed from the oral cavity. Gums become pink, healthier, and problem of bleeding gums is solved.ˮ

Each oil has benefits, for example, it explains how coconut oil has high amounts of lauric acid which reacts with components in our saliva that really makes it an ideal cleansing option.

It’s recommended, to receive the full benefits, to practice this on an empty stomach three times a day, if possible. If not, it’s best to do it right when you wake up, as mentioned above, as well as before bed a few hours after you’ve had dinner. When finished pulling, you want to rinse your mouth with water and brush your teeth to clean the remainder of the oil off.

Brushing without toothpaste, or simply using your finger to clean and rub the oil that may remain around your teeth is a good idea. Compared to mouthwash, oil pulling is a no-brainer. Mouthwash brands, most of them anyway, contain fluoride which is a known neurotoxin. The meta-analysis points out how, “Chronic use of mouthwashes containing phenols and stannous fluoride produces staining.”

The meta analysis is great, and references dozens of studies on oil pulling and how effective it is on oral hygiene. It is no doubt confirmed in scientific literature that it does have benefits, this much is clear, and emphasized by so many studies.