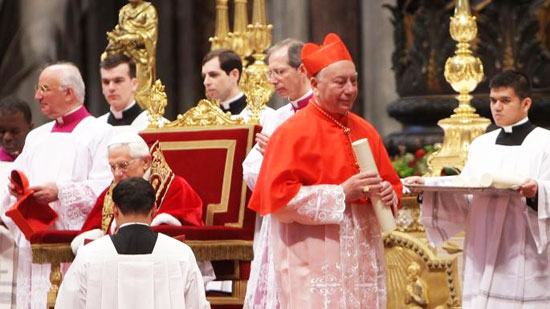 Pedophilia is a big problem these days, and has been for a while.
For decades, and more recently with the Harvey Weinstein case, Corey Feldman’s revelations and more, people in positions of great power have been implicated in this type of activity, but it doesn’t stop in Hollywood.

Pedophilia and child trafficking has plagued the world of politics as well as the military industrial complex for a long time.
The Pizzagate scandal involving long time high ranking politician Jon Podesta forced many people to look into it more.

Jeffrey Epstein is another classic example, or the fact that a recent NBC news report claimed that Hillary Clinton, while acting as secretary of state, shut down an investigation into an elite pedophile ring in State Department ranks in order to avoid scandal and protect the careers of high ranking officials and an ambassador.

James Grazioplene, a high ranking retired army general who worked in the Pentagon and as the Vice President of DynCorp, is currently facing six rape charges of underaged persons. As far back as 2005, U.S. congresswoman Cynthia Mckinney grilled Donald Rumsfeld on private military contractor’s (DynCorp) child trafficking business of selling women and children.

The list literally goes on and on, from Hollywood, to politics and within the military industrial complex, all the way up to the hub which seems to be in charge of it all, the Vatican.
Many people have known about the problems of pedophilia, child abuse and violence that has plagued the Vatican for a long time, but this information started to become more mainstream only a few years ago, and it coincided with Pope Benedict’s resignation, something that hasn’t happened for more than 600 years.

The amount of recent pedophilia cases is enough to make you cringe, which, apart from the examples mentioned above, include the FBI/Europol case in which 350 pedophiles were busted soon after the arrest of Playpen creator, Stephen Chase; the prominent Vatican official Cardinal George Pell, who was found to be connected to child pornography and pedophilia; and the 70,000-member pedophilia ring uncovered in Norway.

Pell is a top Vatican official, and has been an advisor to Pope Benedict, as well as Pope Francis. He’s one of the Vatican’s most powerful officials, and is currently facing an Australian court, again, on charges of historic sexual assault.
He was charged by detectives from Victoria Police, and is currently fighting multiple allegations of sexual abuse, despite the fact that the details of the charges have not been made public.

Below is a picture of Pell with Pope Benedict. 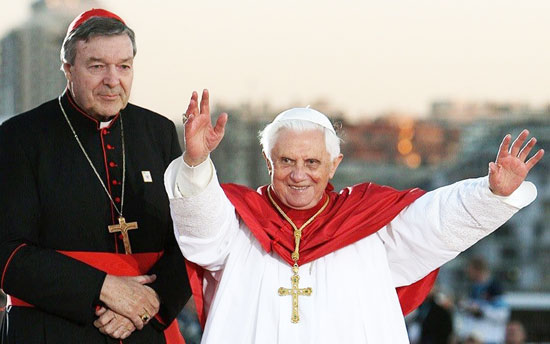 In even more recent news, a massive amount of decades of sexual abuse was reported in a choir that was led by the retired pope Benedict’s brother.
It’s interesting that all of these revelations and accusations of violence, child abuse and pedophilia coincided with the time of the pope’s resignation, when the people closest to him were being investigated and looked into, and at a time where it was becoming clear that child abuse within the Vatican is just a mere “conspiracy theory”.

Perhaps the most recent is the case of approximately 600 members of a Catholic boys’ Domspatzen choir in Regensburg, Germany, where physical and sexual abuse ruled from 1945 to 1992. Georg Ratzinger, former Pope Benedict’s brother, was the choir’s head from 1964 to 1994.
In 2015, a lawyer by the name of Ulrich Weber was tasked with filing a report on what happened, and uncovered the startling fact that during the 30 years that the choir was run by Benedict XVI’s elder brother, approximately 600 boys with a “high degree of plausibility” were victims of sexual and physical abuse.

The report identified 500 cases of physical abuse, and 67 cases of sexual abuse committed by a total of 49 people in a position of power.

CBC News reports: “At the choir’s preschool, ‘violence, fear and helplessness dominated’ and violence was an everyday method”.
“The whole system of education was oriented toward top musical achievements and the choir’s success.” Alongside individual motives, “institutional motives – namely, breaking the will of the children with the aim of maximum discipline and dedication – formed the basis for violence.”

The report implicated the pope’s brother for “looking away” and “failing to intervene”. It’s not farfetched to believe that he was actually involved, and perhaps this mounting pressure was the reason for Benedict’s early retirement, and shifted attention away from them and onto Pope Francis.

Ratzinger did not admit anything, except for slapping pupils after he took over the choir, and that these types of punishments and discipline were commonplace in Germany at the time.
“He also said he was aware of allegations of physical abuse at the elementary school and did nothing about it, but he was not aware of sexual abuse.”
Most people reading this who have investigated elite level child abuse will find it hard to believe that Ratzinger was not heavily involved.

Child abuse, murder, organ harvesting and more are a few of many rumors that plague the Vatican, and it’s almost, literally, unbelievable to fathom that these types of things may actually be going on, and yet a large portion of the world looks to, not only them, but the entire political establishment to represent and guide them.

The Vatican has announced plans to offer victims “compensation” between 5,000 and 20,000 euros each, but there is no way to compensate for what’s been done, and it’s eerie to think about how much as gone unreported, and the gruesome, horrifying details that may be involved.

Where does all of this stem from? Some say that from the fact that these “leaders” went through the same thing as children, and believe it to be perfectly normal.

In this respect, the BBC documentary This World: Spain’s Stolen Babies it’s worth seeing. You can find it here.