Study: Cigarettes are Behind a Shocking 30% of Cancer Deaths 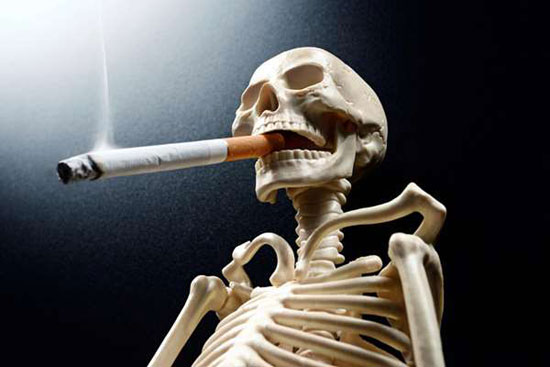 The problem is especially pronounced in the South of US

It may be common knowledge that smoking cigarettes leads to a host of diseases and early death, but did you know that 30% of all cancer deaths are smoking-related? This is according to a study from the end of 2016, published in JAMA Internal Medicine.

Smoking is the biggest preventable cause of death from cancer and other diseases, yet 40 million people continue to puff away on cigarettes, according to U.S. researchers from the American Cancer Society (ACS).

The ACS calculated the percentage of cancer deaths among Americans 35 years of age and older due to cigarette smoking in 2014, state by state.

The percentage of smoking-related deaths for men ranged geographically, from about 22% in Utah to nearly 40% in Arkansas. The percentage was at least 30% in every state but Utah.

The percentage was considerably lower for women – at least 20% in all states except Utah, California, and Hawaii. Women in Utah were found to have the fewest smoking-related deaths (11%), and Kentucky women had the most (29%).

Although men are more likely to smoke than women, researchers believe their chromosomes may play a role in their higher cancer death rate. Other studies have shown that smoking reduces the number of Y chromosomes in blood cells, which help contain tumors.

However, in states like South Dakota, Montana, and Arkansas, researchers found there were more female than male smokers.

In the South, nearly 40% of cancer deaths are linked to smoking. That’s likely because of the region’s lenient laws concerning smoking policies and relatively flimsy tobacco control programs, not to mention the cheaper cost of cigarettes.

The authors of the study warn that their estimates are probably low. In the study, they only considered 12 types of cancer, and the researchers did not include other types of tobacco use, such as hookah, cigars, or e-cigarettes. The team also did not include second-hand smoke in their analysis.