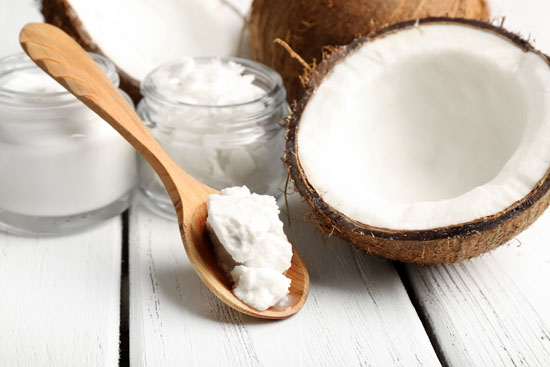 Forty percent of women today are obese. Many believe obesity is a precursor to diabetes, which if not reversed will lead to further health complications, and even be life threatening.

However, a recent study looking at the effects of coconut oil on glycemia and inflammation demonstrated that obesity alone may not be the culprit.
What the researchers discovered indicates that inflammation has a greater impact on insulin resistance and high blood sugar than excess fat. This could be argued, since adipose fats do release toxins over time that do create inflammation. But there are diabetes 2 patients who are not obese.

Obesity in women has also been considered a factor in infertility, which this study also attempted to determine. Inadvertently, the study’s findings disclosed even more about the health protective qualities of coconut oil.

Bacterial vaginosis (BV) in human women is associated with an imbalance in their gut microbiome, which may lead to infertility and help determine the balance of good and bad bacteria within the intestines, which also lead to inflammatory conditions.
Using miniature pigs as feed models for female human obesity and reproductive issues has been done before because they more closely represent those female human characteristics than mice or rats. Analyzing markers resulting from different dietary sources while attempting to measure microbial gut flora content and balance with these pigs was a “thrifty” (their word) metabolic phenotype model for these researchers.

Two of the pigs were fed standard agricultural low calorie lean feeds and three of the obese pigs were fed high calorie fat diets comprised of high fructose, hydrogenated oils, and saturated fats, including coconut oil (an important factor) with more than twice the amount of calories than the lean diet.

But that is not what happened, thanks to the coconut oil used. The HFD produced less markers of inflammation with more inflammatory markers even as those fed the HFD were indeed obese. Again, from the study: “In conclusion, when fed an excess-calorie, high-fat/cholesterol/fructose diet rich in coconut oil, female Ossabaw pigs developed obesity but were normoglycemic, demonstrated decreased markers of inflammation, and had greater bacterial diversity in the urogenital tracts than lean pigs. Obesity has been implicated as a major cause of type II diabetes and infertility. However, our results indicate that obesity alone may not be solely responsible for these pathologies.”

But here’s what the researchers wound up re-discovering about coconut oil, which helped them determine that obesity alone is not responsible for infertility and diabetes 2 precursors among women: “Coconut oil contains medium-chain fatty acids and has been shown to have anti-inflammatory properties, including the ability to decrease pro-inflammatory cytokines in vivo. Additionally, several studies have described the effects of coconut oil on methanogenesis [bacterial methane production] in rumen [stomach] fermentation, and also on volatile fatty acid production by bacterial species within the rumen.

It has also been shown that supplementation of coconut oil in the diet increases overall bacterial counts in the rumen. More interesting, perhaps, are the antimicrobial properties of lauric acid, which is present in high amounts in coconut oil. Wang et al. described how the antimicrobial properties of lauric acid inhibited several pathogenic bacterial species such as Listeria monocytogenes.

Based on our results, we postulate that coconut oil in the high fat diet might modulate the peripheral immune system, possibly through regulation of microbial community dynamics.”

The entire study text can be accessed here.

The take-away from this study for us lay folks concerned about health and diet is simple. Coconut oil is protective against inflammation even if it’s added to an unhealthy diet of convenience, such as the standard American diet (SAD).
Of course this statement doesn’t serve to advocate simply throwing coconut oil onto a “convenient” recklessly poor SAD diet. It serves as a scientific observation of coconut oil’s power.

UFOs and 9/11: understanding the two greatest conspiracy theories of our time