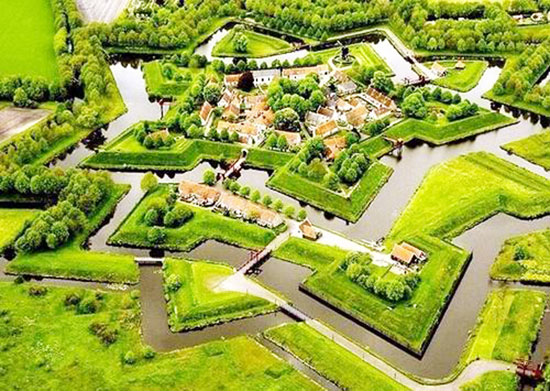 If you’ve ever experienced living in both a downtown core as well as a suburb full of greenery, the juxtaposition is pretty astounding. Many of you reading this probably could have guessed that living around nature is better for your health, because many of us simply feel better when we’re outdoors.

Do you ever feel like you just need to go lay in the grass, or go outside for a breath of fresh air? Somebody who lives in a busy downtown core, definitely feels the hustle and bustle becoming a little too much sometimes. But a ‘quick fix’ is always to head to the park and chill in the grass, and a lot of persons feel this way!

A study proved just how beneficial living close to or within nature can be, as living in a greener neighbourhood can actually lower your risk of early death.

A recent study published in The Lancet Planetary Health Journal titled “Urban greenness and mortality in Canada’s largest cities: a national cohort study” revealed just how beneficial living close to or within nature can be.

Researchers at the University of New Brunswick collected data on 1.3 million non-immigrant Canadian adults living in the 30 largest cities in the country. The data analyzed was dated from 2001-2012, and the researchers measured the amount of greenery around the participants’ houses, from giant trees to tiny shrubs.

Their findings suggest that the more greenery people live around, the lower their risk of premature death. “There was a lot bigger effect than I think any of us had been expecting,” explained Dan Crouse, a health geographer and lead author of the study.

The study used satellite images and data in order to determine how much greenery was present near the participants’ houses. Then, using NASA’s Aqua satellite, the greenery around each house was assigned a measurement on a scale of zero to one (zero meaning there were no plants, and one meaning there was an abundance or complete coverage of greenery).

The study suggests that for every 0.15-point increase in greenery found near the participants’ house, there was an 8-12% decrease in risk of death. Keep in mind that the researchers accounted for other factors such as air pollution, and even after removing them, there was still a strong link between more green space and lower death rates.

Perhaps the biggest take away of this study is that you don’t need to be living near a conventional park in order to experience the benefits of greenery. Although parks are obviously awesome because they provide a concentrated amount of greenery, people can still benefit from nature by simply having trees and other plants around their houses.

“What we’re able to show with this study is really just having trees around where people are living is really important,” Crouse said.

The researchers provide no explanation for why this causal link exists, but nevertheless demonstrate the importance of their findings.

“That space is still representing an absence of traffic congestion, an absence of the noise and pollution from cars. It’s going to have a real cooling effect in an urban area,” Crouse said. “Just having a view of nature from your window … can be restorative. There’s a lot of ways that the greenness could be benefiting your health.”

Being in nature provides countless benefits for our bodies and minds, and probably you’ve experienced many of them! Scientists have proven that walking in nature and hiking can literally change your brain chemistry and make you happier, peaceful, and less stressed.

So, it’s not too far fetched to think that simply being near nature could benefit us. However, this research could also indicate that people living around more greenery simply exercise more or make more of an effort to spend time in nature.

After all, people living in busy cities probably live there for a reason, and perhaps one of those reasons is that they don’t like being in nature quite as much as someone living in the middle of a forest does!

Even if you don’t live near greenery, this research represents an excellent reminder that it’s important to spend time outdoors. With that, maybe throw on your running shoes and go for a hike. You may find that you not only enjoy it, but your health improves over time as well!