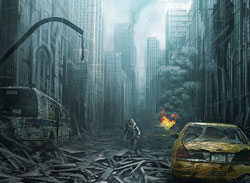 In the classic apocalyptic film Terminator, future planet Earth is under siege by sentient man-made robots of war seeking to terminate the human race. Autonomous machines created by human beings to destroy human beings. Maximum dystopian, and scary enough as fiction; however, the military industrial complex and the deep state are bringing us ever closer each year to this dark future.

Case in point, the Stuxnet computer worm, developed as a joint US-Israeli-British cyber weapon, is a set of malicious computer code which infects an ubiquitous model of programmable logic controllers (PLCs), commonly used around the world in power plants and factories to mechanically control industrial hardware. PLCs can tell a fan when to turn on and off, how much of a chemical to add to a product, or for how long to operate an industrial mixer or cooling system. They are the direct link between the cybernetic and the physical world.

Stuxnet was originally designed to seek out and to attack such hardware in Iran’s Natanz nuclear fuel enrichment facility in order to disable centrifuges, thereby disrupting Iran’s capacity to produce nuclear weapons, which it did so successfully in 2010.

This worm was an unprecedentedly masterful and malicious piece of code that attacked in three phases. First, it targeted Microsoft Windows machines and networks, repeatedly replicating itself. Then it sought out Siemens Step7 software, which is also Windows-based and used to program industrial control systems that operate equipment, such as centrifuges. Finally, it compromised the programmable logic controllers.

The attack on Natanz was a covert and illegal act of force, and part of spectrum of tactics employed at that time against Iran’s nuclear bomb making ambitions, including the assassinations of top Iranian nuclear scientists, attacks on Iranian pipelines, an international propaganda campaign, and pressure from the International Atomic Energy Agency.

Stuxnet is uncommonly dangerous in the world of malware, and to the digital detectives who discovered it and the analysts tasked with figuring out what it was, who made it, and what it could do, it was their worst-case scenario, something they had hoped they would never actually see unleashed unto the world. 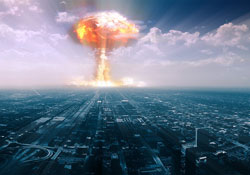 “I wouldn’t call it amazement, it was kind of a shock. It went beyond our worst fears, our worst nightmares, and this continued the more we analyzed. The more we researched, the more bizarre the whole story got. It was evident at a very early stage that just given the sophistication of this malware suggested that there must have been a nation-state involved. At least one nation-state involved in the development.” – Ralph Langer, Control Systems Security Consultant.

“Here is a piece of software that should only exist in the cyber realm and it is able to affect physical equipment in a plant or factory and cause physical damage.” – Eric Chien, Semantec Security Response Team.

“Real world physical destruction. At that time things became very scary to us. Here you had malware potentially killing people, and that was something that was always Hollywoodesque to us.” – Liam O’Murchu, Semantec Security Response Team.

Two years after Stuxnet disrupted Iran’s nuclear program, CBS News did a segment on it, interviewing former head of the NSA and former director of the CIA, Retired General Michael Hayden. He would say very little about it, except to warn us of the significance that Stuxnet will have on the future of warfare, representing a startling escalation into an entirely new battlefield.

“This was a good idea. All right. I also admit, this was a really big idea, too. The rest of the world was looking at this and saying, clearly someone has legitimated this kind of activity as acceptable in international conduct. The whole world was watching.” – General Michael Hayden, Retired. 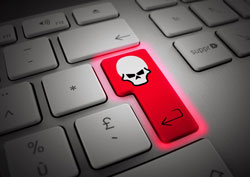 One of the most startling aspects of Stuxnet is that it employs what is known as a “zero day” code, a rare capacity which allows the worm to spread and function without the user having to do anything, such as download files or accidentally launch a program. In this way the worm is autonomous once released, always quietly crawling the world advancing toward its target. This combined with the fact that it attacks PLCs which are used all over the world in civilian infrastructure, including nuclear power plants, is extraordinarily dangerous as it opens the door to a new type of accidental warfare.

In the 2016 film Zero Days, an NSA source remarks on the importance and origins of Stuxnet. Her comment is to be taken as a warning that the government has released something into the world that they cannot control, that cannot be put back in the bag, that will only evolve and further advancements in malware.

“I was in NSA. I believe in the agency so what I’m willing to give you will be limited but we’re talking because everyone’s getting the story wrong and we have to get it right. We have to understand these new weapons, the stakes are too high. We did Stuxnet . It’s a fact. We came so fucking close to disaster and we’re still on the edge. It was a huge, multi-national, inter-agency operation.” – NSA source, Zero Days

Although we most likely will never find confirmation, some analysts speculate that Stuxnet was involved in the Fukushima Daiichi nuclear meltdown which occurred on 3/11/2011. Evidence for this includes the fact all layers of the power plant’s cooling systems failed, even systems designed to withstand major earthquakes and severe floods. Furthermore, some claim that Stuxnet was found in Japan just prior to the catastrophe, placing it near the scene of the crime.

The unfortunate truth is that we will never know the full details, largely because the Japanese government and TEPCO, the energy agency that operates the plant, are more concerned with stopping information leakage about the disaster and cleanup effort than they are about stopping the leakage of radioactive material.

Nevertheless, Fukushima serves as a shocking blueprint for the coming cyber apocalypse. A target-nation’s critical infrastructure mysteriously goes offline in spite of multiple layers of failsafes and backups, resulting in catastrophic, widespread damage and disruption in densely populated areas. Potentially, as is in the case of nuclear reactors, causing permanent ecological devastation and the indefinite dislocation of millions of people. 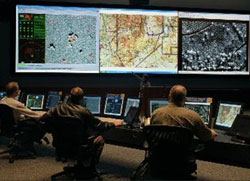 Cyber warfare is the fourth dimension of military conflict beyond land, sea and air. Cyber weapons offers unlimited range, super high-speed, and extremely low detectability, and as we push further and further into the realms of artificial intelligence, we move closer to a scenario where technology can evolve on its own, beyond its destructive genealogy.

Skynet, as it is called in Terminator. It is almost here.

In 2016 a massive cyber attack on the Internet brought down major news, e-commerce, and social media sites for many hours by using home appliances and televisions as a distributed network of cyber-attackers. Now analysts predict the Internet will be brought down completely for at least a short period of time within the coming year or so. An apocalyptic prospect for commerce, finance and infrastructure. Meanwhile, the Pentagon continues to push the envelope in robotic and autonomous weapons of war.

There is no way to fully understand the implications and consequences of an artificially intelligent cyber conflict. There is no path to disarmament of this kind of threat, and if the cutting edge of technological development continues to be occupied by the military industrial mindset, then the human race doesn’t stand a chance. Is this really our future?