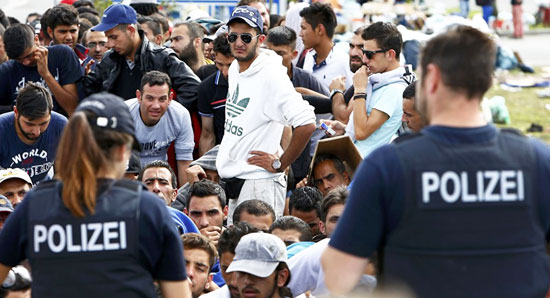 A study reveals that two thirds of Germans are afraid they will become the victim of a terrorist attack, and one in ten perceive an “acute threat” to their safety.

A law report published in October, 2017 by the German legal expenses insurance group ROLAND, using polling from 1458 German citizens over the age of 16, suggests that fear is more widespread among women.

Of the female respondents, 74 per cent said they sometimes feel unsafe in crowded places, and nine per cent felt permanently threatened and scared.

The authors stated: “A large part of the population doesn’t feel safe anymore when visiting crowded places. The fear of becoming the victim of a terrorist attack with a high number of casualties is considerable.”

“A total of 45 per cent of respondents feel uneasy when visiting crowded locations like stations, festivals or even in the downtowns. Three percent of the population feel permanently unsafe when visiting a public place along with many other people.”

The poll, of 1,458 citizens over 16-years-old, was conducted before the Islamic State truck attack on the Berlin Christmas market in which Tunisia migrant murdered 12 people.

The truck rampage was Germany’s worst terror atrocity since the 1980s, but followed 21 months of Islamist suicide bombings, shootings, and axe attacks.

Around seven of the plots and attacks are thought to have been linked to Islamic State.

Germany appears to have become a target of Islamist aggression since the beginning of the migrant crisis in the summer of 2015, with some blaming Chancellor Angela Merkel’s open borders mass migration policy.

Several serious plots have been foiled by security forces. In February 2016, three Algerians said to have “lived in refugee shelters” were arrested for plotting to attack Berlin.

The men had links to Islamic State, and the Berlin prosecutor’s office said they were aware of a “concrete” plan to target the German capital.

9/11 what happened to the passengers?