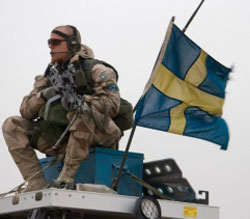 Sweden’s municipalities must be better equipped to meet the threat of war and other crisis-like situations, says an official letter to all Swedish municipalities from the Agency of Social Contingencies Agency (MSB), issued in December 2016.

The letter from the MSB went to the security chiefs in all municipalities, demanding better war preparedness at municipal level. The document says, among other things, that municipalities must improve “operational tempo, decision making, information sharing, crisis communication, flexibility, and robustness to handle secret information”.

Municipalities are now prepared and well equipped for peacetime crises, and it is something that it has been focusing on for 20 years. What is new is that from the government re-starts a more developed cooperation for national defense, says Magnus Dyberg-Ek, operations coordinator at the MSB.

Magnus Dyberg-Ek says a government decision from 2015 lies behind the new directives to municipalities. He would also like to clarify that municipalities themselves have asked for information on the issue of the changed security situation and what it means for local governments.

“What is new is that the security situation in our region has deteriorated and that therefore we must prepare ourselves in terms of war and of conflict. This strategy is not new, we used it during the Cold War and will now strengthen coordination regarding civil defense.

We have sent out the letter in part because the municipalities want clear instructions so that they know how to act in a sharp situation”, continues Magnus Dyberg-Ek. 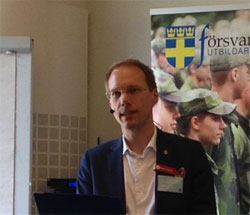 “Municipalities follow society at large, we have had a peacetime emergency management at the national level for 20 years and municipalities are no exception”, says Magnus Dyberg-Ek.

The Swedish government presented, in September 2016, a new proposal on re-entering military service, among other reasons, with reference to the unstable security situation in the immediate surroundings. The same month it also placed a small battle group in Gotland, after the island basically stood without defense since the armored regiment P 18 was closed down in 2005.

On December 13, the Regional President of Gotland meet with Defense Minister Peter Hultqvist. The meeting is supposed to apply the possible lease of Slite harbor to the Nord Stream consortium, whose majority owner is Russian Gazprom. The Russians want to rent the port to implement the controversial Nord Stream gas pipeline.