One of the foremost researchers in electromagnetic frequencies and their effects on human health is Professor Olle Johansson of the Karolinska Institute in Stockholm, Sweden. Dr. Johansson made a 7-minute YouTube explanation telling why everyone should be concerned about the science being promoted regarding EMFs/RFs. That happened back on October 8, 2010, and you can listen to it here.

Take note of what Professor Johansson says about public officials.

Unfortunately, the microwave industry and all EMF/RF technologies, especially cell, smart and iPhones, Wi-Fi, utility smart meters, etc., have not taken Dr. Johansson and other scientists seriously regarding total public exposure to the sea of electromagnetic frequencies humans, animals, plants and the environment are exposed to minute-by-minute, day-by-day, year-by-year with obvious negative impacting effects, which have been diagnosed as electromagnetic hypersensitivity (EHS) or idiopathic environmental intolerance (IEI) in a growing number of humans: 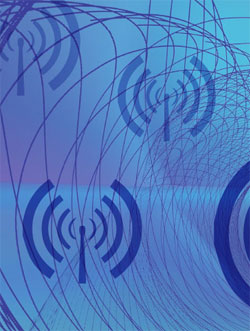 Furthermore, no one has calculated the cumulative doses effects of EMF/RF/ELF. Some give exposures for only 30 minutes. Humans live longer than 30 minutes in those totally-saturated EMF environments, especially humans who are exposed to Wi-Fi at work or school, and day after day!

The U.S. National Toxicology Program (NTP) issued a preliminary report about cell phone exposure health issues that some affiliated with the microwave industry think is poppycock. Consequently, no way will cancer ever become an adverse health effect from microwave non-thermal radiation waves, if vested interests can keep forcing their skewed science while invoking their political and financial-largess influences.

The U.S. Federal Communication Commission (FCC) and government agencies worldwide need to wake up to how they’ve been had by nothing short of scientific fraudsters, in my opinion as someone who’s researched the subject in greater detail in order to represent myself in a Pro Se case before the Pennsylvania Public Utility Commission Administrative Law Court.

Many vested industry societies keep setting the tolerance bar higher – ICNIRP, in particular – than the human organism can tolerate, thus many experience such problems as sleep interference, tinnitus, heart palpitations, depression, nervousness and other anomalies they did not experience until, in many instances, a utility AMI Smart Meter, e.g., electric, natural gas and water, was retrofitted onto their home service(s) meter(s). Some unfortunate folks can have all three smart meters!

If anyone experiences strange symptoms, it is suggested to check out where the utility meter is located. If it’s on the outside of the house bedroom wall, you may need to change your sleeping location and/or ask your utility company to change your meter back to an analog meter or invest in some EMF protection devices. There are smart meter opt-outs available; you just have to do your research regarding your location and utility company to enforce them.

EMF sickness is in the same category that multiple chemical sensitivity (MCS) was years ago when people were complaining about indoor pollution from all the chemical gas outs from carpeting, upholstered furniture, paints, etc. Now everyone is familiar with “sick building syndrome.” There even are builders and other trades people who specialize in removing offenders and/or constructing pollution-free environments. It’s called “Green Building Standards.”

We need the same sort of standards and/or process for electromagnetic frequencies abatement before it’s too late.

Tulsi Gabbard Speaks the Truth on Syria, Gets Smeared by the Mainstream Media