The cancerous virus of freedom-destroying worldwide cash-bans – in the name of fighting terrorism – has reached also Taiwan. With the aim of “preventing money-laundering”, Taiwan “may ban cash purchases of properties and luxury goods”, Taipei-based Economic Daily News reported at the beginning of 2017, citing unidentified official at Ministry of Justice. 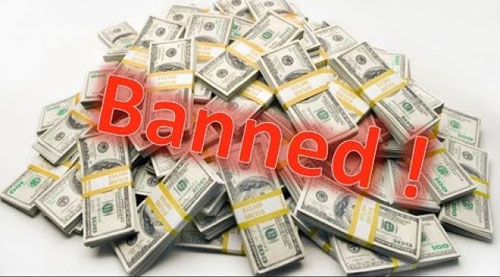 The War on Cash is not merely continuing, it is intensifying.

It began in the West, with relatively minor infringements on American rights to use the currency of their own nation. The War has shifted to India, been radically ratcheted up, and inflicted upon a population of 1.2 billion people, where 68% of transactions were conducted with cash.
And in 2017, as The Economic Daily News reported, it moved to Taiwan.

With the goal of strengthening the prevention and control of money laundering, Taiwan’s Ministry of Justice plans to promote large-scale transactions without cash. The first wave locked real estate, luxury cars and jewelry transactions.

According to the provisions of the money-laundering control law, which controls the use cash payment tools, The Ministry of Justice discussed the plan with other regulators in 2017. Nonetheless the issue has not been finalised entirely, yet.

Once finalized, the sale of real estate, cars, and jewelry will not be possible using cash; only non-cash payment tools, such as credit cards, financial cards, checks, electronic payments or remittances.

Almost two years ago regulations required the keeping of records and reporting of any transactions over 500,000 Yuan (around $72,000), with no limit on the amount of cash that can be used.

Officials said that in addition to changes in the concept of the majority of normal business people should not be affected, but for some with bad credit, who cannot apply for a credit card or bank account, it admitted the new law may cause inconvenience.

Of course, the excuse for all this cash ban is simple

This “war on cash” smacks of conspiracy theory, yet certainly, all governments would benefit from this control and would be likely to get on board. In fact, it might prove to be the only way out of their present economic problems.

So, how would it play out? Here’s one possibility of Phase I:

Link the free movement of cash to terrorism (Create a consciousness that any movement of large sums suggests criminal activity.).

Establish upper limits on the amount of money that can be moved without reporting to some government investigatory agency.

Accustom people to making all purchases, however small or large, through a bank card.

Create a consciousness that the mere possession of cash is suspect, since it’s no longer “necessary”.

At the beginning, there was considerable criticism as to the possibility that such a program would ever be attempted, let alone succeed. And, granted, it was so Orwellian that it was understandably seen as a crackpot idea. But since that time, the program has been developing extremely rapidly. In 2017, it has become so visible that it has even garnered a name – “the War on Cash”. 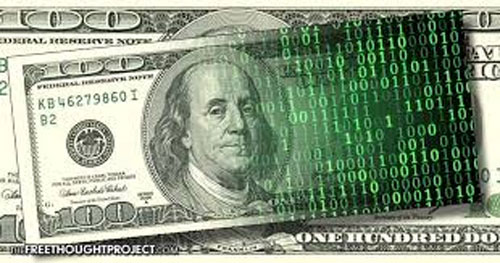 References in the media have been made that terrorist groups fund their attacks with cash. Dozens of countries have placed limits on the maximum amount of money that can be moved without reporting.

Some, notably France, have already begun lowering their limits. Banks in some countries, notably Sweden, are treating all cash transactions as suspicious. The previously theoretical Phase I appears to be well under way.

It would appear Taiwan is joining the rest of the world in this war on cash. There are three major players involved in the war on cash:

Who? Governments, central banks.
Why? The elimination of cash will make it easier to track all types of transactions – including those made by criminals.

Who? Citizens.
Why? The coercive elimination of physical cash will have potential repercussions on the economy and social liberties.

The shots fired by governments to fight its war on cash may have several unintended casualties:

1. Privacy
Cashless transactions would always include some intermediary or third-party.
Increased government access to personal transactions and records.
Certain types of transactions (gambling, etc.) could be barred or frozen by governments.
Decentralized cryptocurrency could be an alternative for such transactions.

2. Savings
Savers could no longer have the individual freedom to store wealth “outside” of the system.
Eliminating cash makes negative interest rates (NIRP) a feasible option for policymakers.
A cashless society also means all savers would be “on the hook” for bank bail-in scenarios.
Savers would have limited abilities to react to extreme monetary events like deflation or inflation.

3. Human Rights
Rapid demonetization has violated people’s rights to life and food.
In India, removing the 500 and 1,000 rupee notes has caused multiple human tragedies, including patients being denied treatment and people not being able to afford food.
Demonetization also hurts people and small businesses that make their livelihoods in the informal sectors of the economy.

4. Cybersecurity
With all wealth stored digitally, the potential risk and impact of cybercrime increases.
Hacking or identity theft could destroy people’s entire life savings.
The cost of online data breaches is already expected to reach $2.1 trillion by 2019, according to Juniper Research.

Clearly, the governments that are forcing this issue into being are running out of time. There can only be one reason why they’d rush a program that normally would be given more time for people to accept, and that’s that they see a crash coming before they can get Phase II of the program underway.