Removing the non-essential amino acids serine and glycine from your diet may help slow down tumor growth and prevent the onset of cancer, an animal study found. Amino acids are important compounds that serve as the building blocks of protein. Both red meat and processed meat contain high levels of serine and glycine. 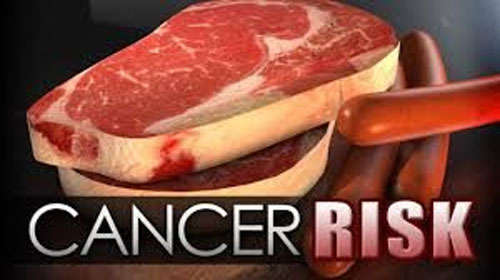 As part of research, health experts at the Cancer Research U.K. Beatson Institute and the University of Glasgow examined the effects of eliminating serine and glycine from the diets of mice. The research team found that a specialized diet that did not contain the amino acids helped impede the development of lymphoma and intestinal cancer in the animal models.

The study also revealed that the specialized diet rendered some cancer cells more susceptible to chemicals in reactive oxygen cells. Researchers said both chemotherapy and radiotherapy increase the number of these chemicals in the cells. The findings suggest that the specialized diet may serve as an effective add-on to conventional cancer treatment.

“Our findings suggest that restricting specific amino acids through a controlled diet plan could be an additional part of treatment for some cancer patients in future, helping to make other treatments more effective,” said lead researcher Dr. Oliver Maddocks as published in Science Daily.

However, the researchers cautioned that the diet showed reduced efficacy against tumors with an activated Kras gene. According to researchers, the faulty gene enables cancer cells to produce their own serine and glycine. Kras gene is commonly found in pancreatic cancer cells. The results may help determine which tumors the diet works best.

“This kind of restricted diet would be a short-term measure and must be carefully controlled and monitored by doctors for safety. Our diet is complex and protein – the main source of all amino acids – is vital for our health and well-being. This means that patients cannot safely cut out these specific amino acids simply by following some form of home-made diet,” said study co-author Professor Karen Vousden in the same Science Daily article.

The findings were published in the journal Nature.

The findings may have implications in meat consumption, as a large number of research have already demonstrated a link between red meat and processed meat intake and increased cancer risk.

In fact, the International Agency for Research on Cancer (IARC) classified processed meat as cancer-causing food, with red meat as a potentially carcinogenic item. This decision was made after mounting evidence showed that both meat products increased the risk of developing various forms of cancer. In an analysis of more than 800 studies, the IARC concluded that eating 50 grams of processed meat – which equates to about four strips of bacon or one hotdog – daily may raise the odds of developing colorectal cancer by up to 18 percent. The agency also confirmed that red meat consumption may increase the risk of colorectal, pancreatic, and prostate cancer. The IARC’s report was published in the journal The Lancet Oncology.

A 2011 report by the World Cancer Research Fund (WCRF) also revealed that eating both red meat and processed meat products may elevate the risk of developing bowel cancer. As part of research, an expert panel examined eight cohort studies and found that consuming 100 grams of red meat daily may raise the odds of bowel cancer by up to 17 percent. An analysis of nine more studies also showed that eating 50 grams of processed meat daily may increase the risk of developing bowel cancer by up to 18 percent.

American Cancer Society (ACS) official Colleen Doyle stressed that people should limit the consumption of red meat and processed meat products to reduce the risk of certain cancers. The ACS has long recommended a diet low in red meat and high in whole grains, fruits and vegetables.