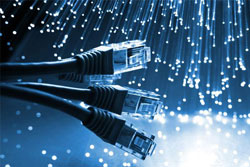 The Digital Economy Bill 2016–17 is a bill of the Parliament of the United Kingdom (Not yet into force. It waits Royal Assent, which could be given by the end of spring 2017). It is substantially different from, and shorter than, the Digital Economy Act 2010, whose provisions largely ended up not being passed into law. The bill addresses policy issues related to electronic communications infrastructure and services, and updates the conditions for and sentencing of criminal copyright infringement.

One part of the Act that gained considerable column inches in the press was the regulation of online pornography to the current regulator of pornographic DVDs, overseen by the British Board of Film Classification (BBFC). The organization did not actually have a definitive list of sexual acts which it censored or banned but issued guidelines of interpretative principles.

The new bill will apply not only to footage filmed in the UK, but it would also stop British viewers viewing any websites from anywhere in the world which contain any of the listed acts prescribed by government. Access to pornography websites will also require age verification to be confirmed by the user.

At this point many of you may agree that pornography has gone too far (in terms of accessibility) as a direct result of the internet and therefore needs active, up to date legislation.

As with anything proposed by government when it comes to modern communications, one has to look deeper to see exactly what the underlying reasons for its proposal really are.

It turns out after delving deeply into the complicated language of the Bill that even the definition of a “pornographic website” in Clause 15 (2) can simply be a website that operates on a “commercial basis”. What this means is that any website where pornography can be found on say, social media such as Twitter, Tumblr etc and consumer driven websites such as Reddit and the like, can be caught up in the whole age verification thing causing all sorts of complications and confusion. 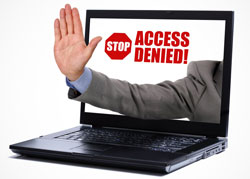 “In relation to Twitter, Reddit and other websites where pornography websites might promote their content, the Bill contains a power to notify these ‘ancillary services’ but has no specific power to enforce the notifications.

In other words, they expect Twitter, Google, Facebook, Tumblr and other companies to voluntarily block accounts within the UK, without a specific legal basis for their action.

This would create a toxic situation for these companies. If they fail to ‘act’ on the ‘notifications’, these services will leave themselves open to the accusation that they are failing to protect children, or actively ‘supplying’ pornography to minors. On the other hand, if they act on these notices, they will rightly be accused by ourselves and those that are censored of acting in an unaccountable, arbitrary manner. They will not have been legally obliged to act by a court; similar content will remain unblocked; and there will be no clear remedy for someone who wished to contest a ‘notification’. Liability for the blocks would remain with the company, rather than the BBFC.”

In essence, the UK Parliament has created a legal framework that is at best ambiguous and puts enforcement into the hands of an organization whose very raison d’être is censorship. At worst, its design is deliberate.

How is this going to play out? If the notices sent to withdraw identified content deemed to be breaking the new rules are unenforceable they will lead to public disputes with the companies involved (not the creators of the content) whilst making the BBFC highly unaccountable as legal responsibility for account blocks rest with the platforms (such as Twitter). However, the BBFC, according to DigitalRightsGroup wishes to “directly block websites via ISPs” as censorship is quite obviously what they will be engaging in and it’s what they do. 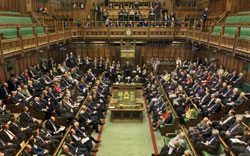 The Bill passed both chambers of the Parliament without too much close examination because they couldn’t understand what is behind it all. After all, the MPs (Members of the Parliament) let RIPA pass unchallenged – its primary purpose was supposed to be: “In the interests of national security, for the purpose of preventing or detecting serious crime and for the purpose of safeguarding the economic well-being of the United Kingdom.” What RIPA is actually used for is giving unprecedented and almost unsupervised access to local authorities for highly intrusive forms of surveillance for hunting down non-payment of council tax, parking fines and BBC license fees, sun-bed use, monitoring car-boot sales, the sale of theatre tickets and the like. In other words, it’s rather ambiguous terminology has been fully abused.

Filtering of websites is already happening in the UK. Introduced as “one-click to safety” by David Cameron in 2013, the Government persuaded Internet Service Providers to implement filters, which block “adult content” at the network level, and once opted-in there is one level of access per household.

From here, we find that it’s left to the judgement of largely foreign companies to decide, or more to the point, to whom the filtering task is outsourced, as to how to categorize sites. As we know, communications can’t be easily divided into the “good” and the “bad”. The clear example here would be a website peddling child pornography and a child abuse charity.

TruePublica published a report on rising prostitution in Britain as a direct result of charging university fees – key words can get the wrong results. We would never know why our website was blocked, given no notice and have nowhere to go to protest or appeal. The result of ambiguity is never going to be anything else but over-blocking. This is obviously going to happen most in the case of filters applied through the use of key words.

The Digital Economy Bill, “one-click-to-safety”, the Investigatory Powers Bill and RIPA collectively is really just part of an architecture that is providing the government and its agencies 360 degree surveillance and censorship across the United Kingdom. 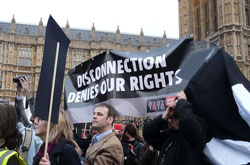 The Investigatory Powers Act has given the UK intelligence agencies and police surveillance powers best described by Edward Snowden: “The UK has just legalized the most extreme surveillance in the history of western democracy. It goes further than many autocracies.”

Jim Killock, the executive director of Open Rights Group, said: “The UK now has a surveillance law that is more suited to a dictatorship than a democracy.”

The UN special rapporteur for privacy called the bill“worse than scary”.

Does anyone really think the government thinks up these “communication” laws for the benefit of its citizens?

Censorship is now rearing a very ugly and pernicious head in the UK as surveillance already has done. These proposals along with other recent laws put the free flow of information at clear risk. Website blocking, organized and implemented by government and used for content related to copyright infringement, terrorism and adult material is a very slippery slope. That’s where it starts. It very quickly ends with too much law enforcement, with little oversight (as demonstrated with RIPA and the Investigatory Powers Act) over what British citizens are allowed to access online.

Why the British people continue to sit there and accept laws that America, the European Union and many authoritarian states can’t get through without mass civil protest is quite beyond any logical reason known to us!

Divide and Conquer – The Role of the Agent Provocateur