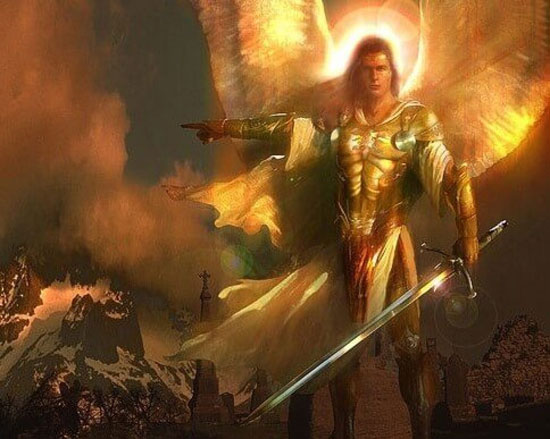 This is a summary of what I have learned from my encounters with inner and outer demons. Let this text be food for thought and don’t take my word for anything… but do customize what you read here to fit your own experience.

First, understand that you only experience what you need or choose to experience, and what you need to experience was chosen by you at some other time or level of being.
Therefore, you are in some way responsible for all that happens to you, whether you created it or allowed it. The attacks you receive ultimately serve to teach you lessons, and how successfully you defend against these attacks determines how easily you learn your lesson. Learning a lesson before the experience often voids the necessity of having to experience it.

Second, in the absolute sense, the Matrix Control System serves to accelerate your spiritual growth, and although its agents see you as the enemy, know that you can utilize them as teachers.
Most importantly, know that you will never be given anything you cannot choose to handle successfully.

Now, the likelihood of an attack depends upon two factors:
a) their desire to attack – the attention you garner;
b) their ability to attack – the weakness of your defense.
Having strong defenses and lowering your profile as a target reduce the probability of being attacked.

Strong defenses consist of the following:

1. Being aware of your internal weaknesses and countering or watching them closely – emotional buttons, ego flaws, lack of knowledge and false assumptions, resentment and envy, bias and prejudice against the bitter truth, emotional dependency upon sources of authority, blind spots in your awareness, etc…

2. Being aware of your external weaknesses and countering or watching them closely – people you depend upon or who depend upon you, who can become unwitting tools of attack via their weaknesses being exploited; aspects of your finances and business which can be sabotaged and thus lead to a cascading series of problems; potential health weaknesses you may have which can be flared up in an attack to wear you down; physical and mechanical problems like car accidents and malfunction, slipping and falling on something to hurt yourself, missing appointments due to various odd mishaps delaying you; and if all that doesn’t work, then the people you care for are attacked in these same areas which necessarily gets you involved.

3. Being resolute and wise in your decisions – they attack mainly to bias the decisions you haven’t yet made, and to reinforce the wrong decisions you make. This has to do with the Law of Freewill and the malefic entities’ preference to win by their target’s own will to submit.

If you are weak, agnostic and conservative in your decision making, perhaps because you’re afraid of making mistakes or being definitive, you will receive constant attacks because you’re straddling the fence and that is where you’re most easily tipped over to either side by the least amount of force.

Malefic entities attack the weakest link at its weakest moment, and being irresolute about your decisions creates just such an opportunity for them. It is better to make a firm decision and be wrong (as then the results show that you have been wrong and you can easily reverse the mistake) than to fear ever being wrong and thus become weak (which makes you uncertain of everything and totally undisciplined in your progress).

Lowering your profile as a target consists of these:

1. Stopping whatever you’re doing that makes you a threat – not a good option, as that defeats the very purpose of your existence. Any step forward toward independence for yourself and others will naturally shine the spotlight upon you. To reduce attack, don’t cower in the spotlight and return to your former self, but rather move forward with ever increasing strength of your defenses.

Gaining knowledge and applying it naturally ups your defenses – so the very knowledge that makes you a target can protect you against succumbing to attacks. Those who hoard knowledge without taking it seriously enough to apply in life get all the targeting that comes with great knowledge, but possess only half the protection, so they get eliminated pretty quickly.

2. Seeking to learn from all you experience – if you are open to learning from your experiences, then the more they try to attack you, the more knowledgeable you become. They take a gamble every time they attack – either they win and you become weak, or they lose and you become stronger.
It’s your choice.
Being egotistical psychopaths prone to wishful thinking about their skill and prowess, they always attack and usually end up “shooting themselves in the foot” when they attack a strong target.

3. Keeping up a positive emotional frequency – if you are oscillating, frightful and fearful, you become a reaction machine, one with buttons so sensitive it takes a simple “boo” to get you to splurge all your emotional energy into your etheric environment which malefic forces lap up with delight and then use to hack into your reality more easily next time.
You become a puppet they can easily control, and they will do their best to use your reactive condition to their advantage.

Additionally, although malefic forces can see beyond linear time and analyze our probable futures and pasts, their perception range is limited due to the narrow spectrum of their soul frequencies. Thus they can only see and predict that which resides within their choice to perceive.
If you are in a negative mindset or mood, your probable future is within that narrow spectrum, or alternately, you resonate with the sector of hyperdimensional reality that is their territory.

In that case, they can more easily mess with you, predict what you’re going to do next, and thus control you. The solution is to stay out of their probability-detection-range by having composure, being active rather than reactive, and generally keeping up a positive emotional state.

So keeping up your emotional frequency isn’t about shielding yourself from the truth (because you can gain knowledge and stay positive if you choose), but rather it’s a necessary tactical method when involved in a hyperdimensional ambush. Consider it donning your metaphysical body armor and camouflage.

4. Having foresight, awareness, and knowledge – this makes you less predictable. The more knowledge you have, the more freewill you have, the more choices you can make because you’re aware of those choices, and the harder it is for them to calculate what you will do next.
Being unpredictable makes them less efficient in their attack because they must spread their resources to account for a wider range of probable weaknesses. 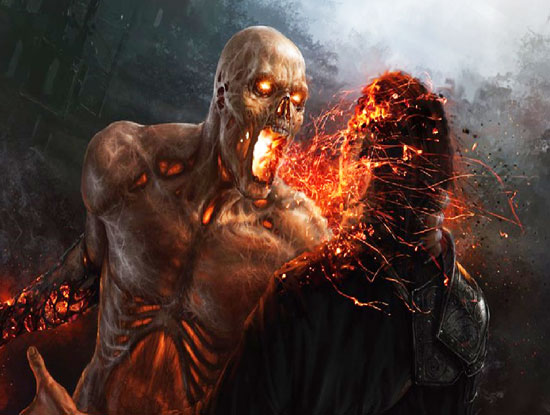 1) Attacks ALWAYS have more than one way of succeeding – countering one route of attack doesn’t mean you have countered all, and you can be your own worst enemy. For example, when using an agent to sabotage or harass you, they can win through directly sabotaging your efforts, or by getting you to sabotage yourself via overreaction and paranoia.

Often, when they cannot harm you directly, they try to scare you so that by your own overreaction you accomplish their goal. In such encounters, you have two adversaries: them and yourself. Know yourself, and know them, and you will never succumb – that’s common sense and also the key advice of Sun Tzu in The Art of War.

Another example is this: if their goal is to prevent you from accomplishing yours, then they can win either by sabotaging your goal directly, or getting you to become so distracted with this whole business of defending against each attack that you forget to continue your original goal. The best defense is a balanced defense. Sabotage and distraction are thus the two key things you must watch for.

Another method of self-sabotage is to become frightful and reactive, which lowers your frequency as mentioned and puts you deeper into their game, which means they have more power over you and your reality.
So although defense is necessary, never forget about what you’re defending, and never forget about your own weaknesses and potential for self-sabotage. Add to this the possibility of being abducted and mind programmed with self-destructive thought loops and posthypnotic suggestions, and you can see the importance of watching not only your adversary, but also yourself.

2. You have more power than they want you to believe – they have created numerous falsehoods in religion, philosophy, spirituality, politics, and culture designed to disempower you by inducing within you a lack of faith in what you can accomplish.
It’s the whole “Oh, well, what’s the use” mentality that allows predators to run rampant, not because they are strong, but because people make themselves weak by not standing up for themselves or others. It’s worth at least trying, as that tests your limits rather than falsely assumes them.