The Elite are Preparing for a Cataclysmic Event. Billionaires and super rich elites have information the public doesn’t have.

With the threat of war or total economic collapse triggering the breakdown of society ever looming, super rich Elites appear to be scrambling to prepare themselves for some sort of cataclysmic event. 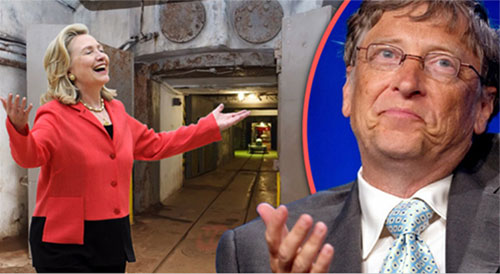 The powerful and wealthy are in a flurry to build or obtain underground doomsday bunkers suggesting they have information the rest of us don’t have access to. The major event they seem to be preparing for though is some sort of natural catastrophe, such as a large-scale flood, earthquake, or even an asteroid strike.

According to reports, we know the Yellowstone Super Caldera has been quite active in recently, with many warning that a super volcanic eruption could happen at any moment, threatening to potentially kill millions. Such an event would not be unprecedented, according to scientists who subscribe to the Toba catastrophe theory. They suggest that a similar eruption may have been responsible for a near Extinction Level Event (ELE) 75,000 years ago that bottle-necked the human population down to about 10,000 people worldwide.

As well, we now regularly see warnings from scientists about the possibility of ELE events like asteroid impacts and solar flares. While such theories and warnings were once relegated to the fringes of the internet, an article in Forbes Magazine seems to be sounding the alarm that a major, cataclysmic event could be on the horizon. They’ve even included a handy map letting us know, for example, how rising sea levels (resulting from climate change or a pole shift) will wipe out populations on the East and West coasts. 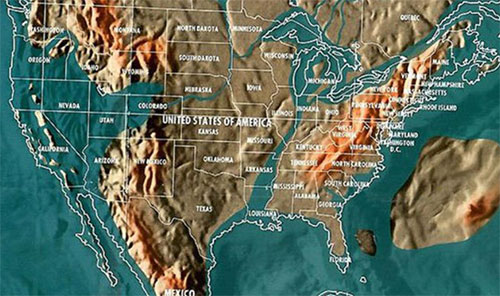 Joe Joseph of The Daily Sheeple suggests in an Youtube News Report that elite billionaires around the world may well have information we don’t, which would explain why they are feverishly building bunkers and stockpiling them with everything from emergency food supplies to protective chemical, biological and nuclear gear:

“A lot of people might remember, perhaps looking up Doomsday scenario, that there are a lot of billionaires buying bunkers, trying to get ready for the Apocalypse… or whatever it is they are getting ready for. They may have information we don’t. We don’t know… but one thing’s for sure… they’re buying property… buying up these old missile silos and converting them into bunkers… they’re building their own bunkers… it’s an amazing amount of preparation for things that you who prepare are openly vilified for… This is being highlighted in Forbes… things like this used to not even be discussed in a publication like Forbes Magazine… Now they are going full-on Doomsday… when Forbes Magazine starts publishing the Doomsday map then I have to think there’s some validity to it.”